The greatest enemy of knowledge is not ignorance, it is the illusion of knowledge. - Stephen Hawking Today we lost one of the best professors of mathematics, cosmologist, space traveller and hero in history. Stephen Hawking, born in Oxford - United Kingdom, died at the age of 76. Neil deGrasse Tyson wrote an emotional tweet which fits perfectly to Stephen. "His passing has left an intellectual vacuum in his wake. But it's not empty. Think of it as a kind of vacuum energy permeating the fabric of spacetime that defies measure. Stephen Hawking, RIP 1942-2018".

Stephen was a very special and intelligent person. In 1962 Stephen graduated from Oxford University with a bachelor's degree. A short time later, he moved to the Trinity Hall at the University of Cambridge, where he began his PhD on theoretical astronomy and cosmology. For the recording in Cambridge he did not have the necessary exam grades, so he decided to take part in the oral exam and passed the highest grade possible. After completing his doctorate, he became a research fellow and later a professorial fellow at Gonville and Caius College, Cambridge University. In the 60s he became known by the proof of the necessary existence of singularities in general relativity under very general conditions. In 1966, Hawking received the prestigious Adams Prize from the University of Cambridge for this incredible work. He moved to the Institute of Theoretical Astronomy in Cambridge, where he remained until 1973. He then worked at the Institute of Applied Mathematics and Theoretical Physics and began his quantum mechanical interpretation of black holes. In 1974, he developed the concept of "Hawking radiation", according to which black holes in quantum field theory (depending on the mass of the black hole more or less fast) blaze. He did amazing things even when he just graduated from university. It is out of question that this man was extremely smart. Stephen, together with James Hartle, developed access to quantum gravity and its cosmology through a Euclidean path integral formulation. "In the mathematical path integral formulation, originally developed by Richard Feynman for the quantum field theory, summed over all possible configurations of space-times ("paths"), which by integrals on the metric tensor fields, which determine the space times according to the general theory of relativity , is pictured." He worked on a lot of successful projects which makes it almost impossible to keep this article short. At the age of 22, Stephen Hawking was diagnosed with a rare form of motor Neurone disease. Doctors only gave him a few more years to live because this specific disease causes muscular atrophy and left him in a wheel chair. Hawkings illness got worse and he lost the ability to speak except through a voice synthesiser. With a life expectancy of perhaps 24 years old, Hawkings managed to turn 76. He even published his book A Brief History of Time in 1988, which has sold more than 10 million copies.

After living 52 years longer than expected, Stephen died peacefully at his home in Cambridge in the early hours of Wednesday, according to his family. People from all over the world share their respect and love for this great man. He will be missed but the work he had done will never be forgotten. I am sure that Stephen Hawking will find peace in the place where he is right now. He had a tough life living with such a difficult disease but he still managed to create life changing information. I wish the Hawking family all the best and a lot of respect for their strength throughout all these years.

Has someone of you ever met Stephen Hawking?

Oh such a great man,but world has lost one more ,great legend and it obviously create a vacuum in field of knowledge

He will be remembered

Its a great loss for the world.He is such a great personality .May God rest his soul in peace.

I´m sure he is doing fine up there. He did an incredible job and will never be forgotten

He will be remembered forever!

biggest loss this is the science fraternity Rip

"We are deeply saddened that our beloved father passed away today. He was a great scientist and an extraordinary man whose work and legacy will live on for many years," the family said in a statement. "His courage and persistence with his brilliance and humor inspired people across the world. He once said, 'It would not be much of a universe if it wasn't home to the people you love.' We will miss him forever." 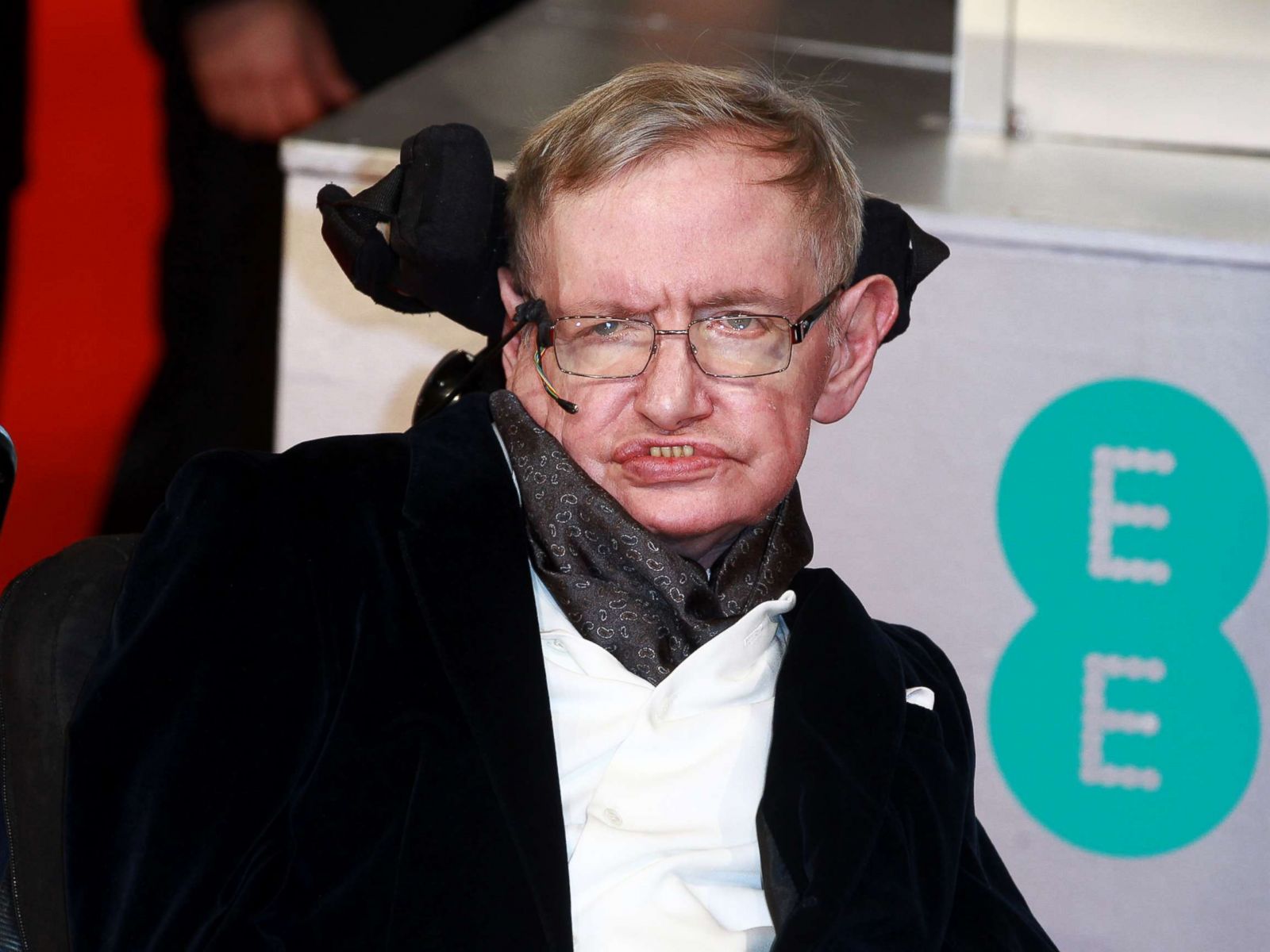 Great one. I have read the family´s speech and it melt my heart. RIP legend

he was very intelligent a great gift for the humanity

He will be missed but not forgotten

He lived way longer than expected. He hopefully found peace

RIP to the world most intelligent and talented man. He will always be remembered. Stephen Hawking Rest in peace.
is good in his career, but bad with health, and bad with his family. he was not lucky with his wives, but he lived a decent life. He did not lose his hand. He lived brighter than a healthy man! you need to take an example for everyone!

Great words! He is a strong soul and even though he had huge health issues, he still managed to create big things

Rip Legend of the world.He is evergreen.

A brilliant mind that contributed greatly to our understanding the universe and our place within it.

I heard this this morning.... :-/ I am a bit sad too. Never met him. I am sure it will be something about it in the Big Bag Theory serie ;-)

For sure. I´ve seen a picture posted by the Big Bang Theory which shows him and the crew together... Truly inspirational

A lived a full life, beyond all odds and brought so much to the world. One way or another, he even crashed the barriers of science anonymity to become the most famous scientist since Einstein (probably!). RIP.

You´re right. He definitely became the most famous scientist since Einstein. RIP legend

he will be remembered for ever

He will always remain as a legend in people minds.
Let's prepare for the future because the new genius is about to appear.

Looking forward to the future is always a good thing. Stephen was an incredible mind and will always be an inspiration for scientists

we were lucky that such a great legend has lived among us. He was and will forever be an inspiration to fight for life. He has taught the world that life doesn't end with certain abilities. A human is greater than that. He was a true genius in terms of science and other aspects of life. R.I.P professor, the world will be forever grateful to you; You'll live forever in millions of hearts...

Powerful words! He is an inspiration for everyone of us. He had the strength to live with tough disabilities more than 50 years! As I said earlier, Doctors gave him at least a life chance of 2 more years when he was 22. He somehow managed to live 54 years longer than expected which makes him a true hero. You should never give up because everything is possible!

Yes, our will power is one of the most powerful forces that exist in the universe, and he proved that big time

A legend, When I heared this news in early morning I was shocked A great scientist and a great man
I think After Newton, Stephen Hawking is the first scientist of physic
He will be missed but the work he had done will never be forgotten

we have to pay a great demand for the death of that great man.

Stephen Hawking, one of the world's foremost theoretical physicists, has died at age 76. On the cover of the Oxford Dictionary of Scientists, Hawking appeared with Einstein and Madame Curie, an apt demonstration of his renown.

He was a great man! Thanks for the feedback, appreciate it

RIP to one of the most movational and inspirational and most successful scientists of this era well science have lost something really important today!

He will be missed for sure! Such an incredible soul and scientist!

yap offcourse i am really a fan of that man who will live forever actually i was thinking to post on stephen but you have done my friend!

Feel free to do the same. Maybe you have some more information that you want to share :)

RIP legend of the world and Beautiful shining star of the space.

so sad news that was.the world lost a very intelligent and valuable person
RIP to the world famous person

what can i say he will be in our hearts 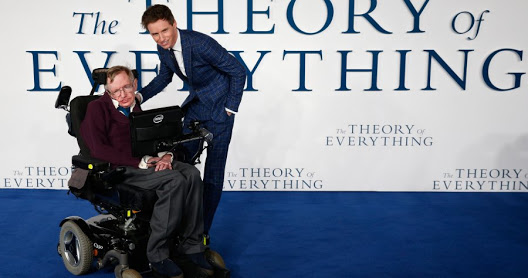 we are all miss you sir Oh...Really a great scientist and great man. He was a legend. We just lost a shining star of space. May Allah rest his soul in peace.

Stephen Hawking is not only a person he is the great human.i respect him on my heard and follow his rules .thanks for share ! @soldier

This is global memorable day of Stephen Hawking.. 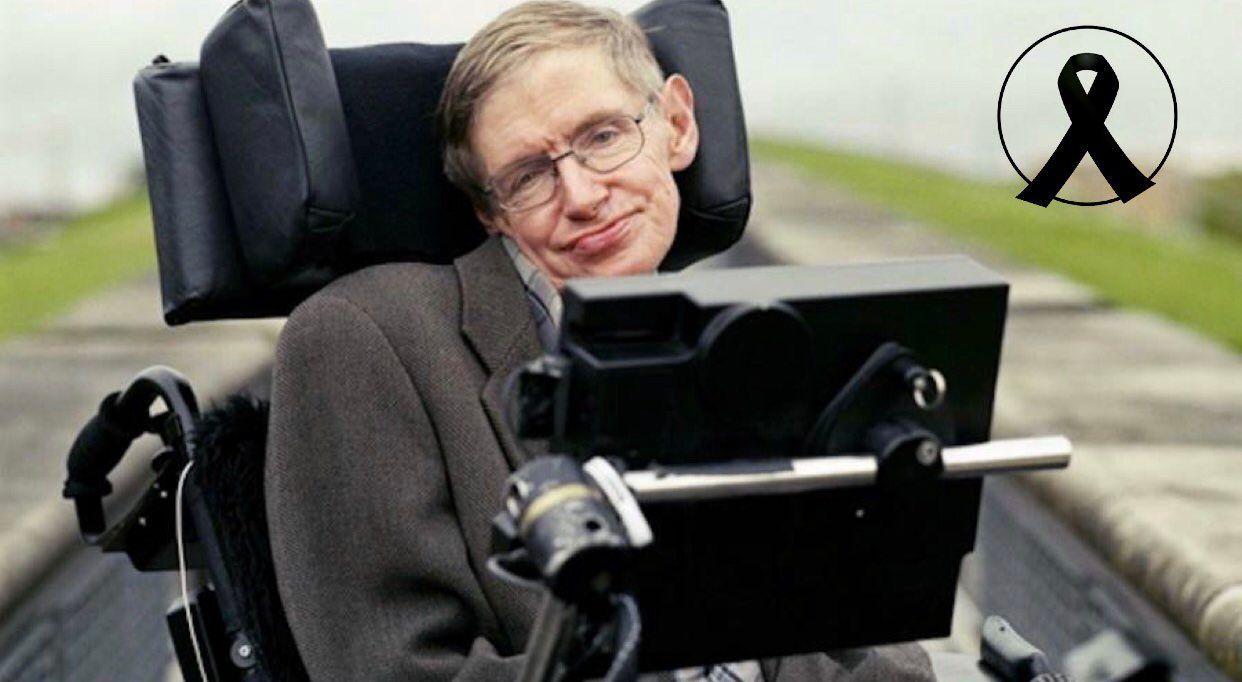 He was very intelligent a great gift for the humanity. He had an extra ordinary power....
One of the greatest scientist in earth history.... 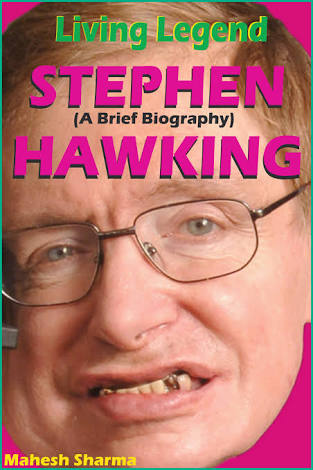 Really...Its a great loss for the [email protected] is such a great personality .May God rest his soul in peace.Thanks for sharing........