How I reluctantly came to love country music 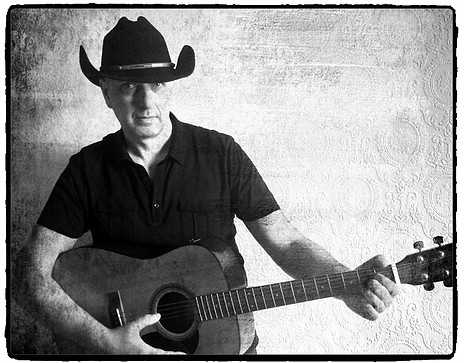 Written by Brian Cowell on behalf of my good friend Dave

I love country music above all other genres of music which is strange because until a few years ago I very rarely listened to country music at all. In fact, country was something that my parents listened to, I figured it was all Dolly Parton and Kenny Rogers sounding music. I was wrong, thanks to a tv show I learned that country could be kind of cool. That show was Nashville which first aired in 2012 and totally changed my view of what country music was. While my wife has always had an appreciation for country music I had really varied tastes from George Michael, UB40 and Bob Marley to Thin Lizzy but not country.

Before I go on any further with this post let me introduce myself, I am Dave the unfortunate husband of Teresa the lead singer of country band Sheep in Wolves Clothing. Unfortunate you may ask, well even if you don’t I will tell you why anyway. I was happy with my music choices, I didn’t want or need no Dolly Parton singing about how her man was about to get stolen from her by a bitch named Jolene. That was music for an older generation.

I remember in my late teens my friends boss trying to convince me to like the music of Patsy Cline, telling me that was real music unlike what I listen to, “Patsy who” I laughed.
Now my wife’s band sings some of those very songs that I laughed at, guess what I don’t dare laugh now.

Let me tell you a bit about my Wife, Teresa is an American from Ohio. How would I describe her, well she is sort of goth meets cowgirl and very spiritual but not in a religious way. She very rarely has anything bad to say about anyone and when she has its to my face.

Anyway, let’s get back to how I came to love country music which is totally Teresa’s fault, she loves the tv show Nashville you see. Let me explain, If you have never watched an episode it is one of those shows that is full of drama where every character’s life is screwed up. I personally think that there is enough of that kind of drama in real life without watching it on tv.

So, what’s the problem you might ask, it’s not like I have to watch it. Well I will tell you what the problem was, it was the music from the show which literally blew me away. I’m not saying that suddenly I started to want to wear cowboy boots and a cowboy hat, that’s never going to happen, but I did start to watch that show and gained a grudging respect for country music, not that I was willing to admit this at the time. I mean I only watched the show because Teresa was watching it, or so I said.

When my wife’s band was formed it was even harder to distance myself from country music because she was constantly singing it around the house.

One of the songs that they sang was Miranda Lamberts “Tin Man”. What can I say I had my mind blown again, amazing lyrics and a haunting melody so different to what I believed country was all about. Have a listen below to My wifes bands cover of this song ...

I think that at this point Teresa had started to realize that I secretly liked country, especially as she had noticed me singing it around the house as well. Not that I can sing, I really can’t but I think that everyone sounds good in their own head when singing.

Just over a year ago Teresa started trying to convince me to attend Country2Country. I wasn’t keen, yea I liked some country songs but not 5 hours of it. Eventually I agreed to go under protest, but I insisted that I wouldn’t be wearing cowboy boots or a cowboy hat.

So, we set off to Glasgow with my wife’s music partner who like Teresa wore a cowboy hat and cowboy boots to attend Country2Country. I think that it was here that my resistance to country music ended. In fact, I think it ended with the first act on stage. Cam’s Burning House which earned a five-minute standing ovation from the audience had seen to that. I was hooked.

The funny thing is that had Teresa told me the price of the tickets for Country2Country before we went my resistance to country music would have endured a bit longer. I think that’s probably the end of my tale of how I came to love country music though I probably should add that I also now like Dolly Parton, Kenny Rogers and Patsy Cline and yea that's a picture of me in a cowboy hat.

Submit
$0.00
4 votes
2
Authors get paid when people like you upvote their post.If you enjoyed what you read here, create your account today and start earning FREE STEEM!
Sort Order:
[-]
tfcoates (55)  ·  2 years ago

Seen this? one of my favorite comedians and one of his best routines :P

Hey there Ghost of Clint Eastwood, I'm Oatmeal Joey Arnold, and love music too and I play some guitar and sing too and Dolly Parton is pretty enjoyable, soulful, and I also like Reba.