Why Incompetent People Think They're Amazing

I watched this TED talk not too long ago and it had a really good take on why people think they are better than they are. It was interesting because I believe we are all victims of this sort of bias. 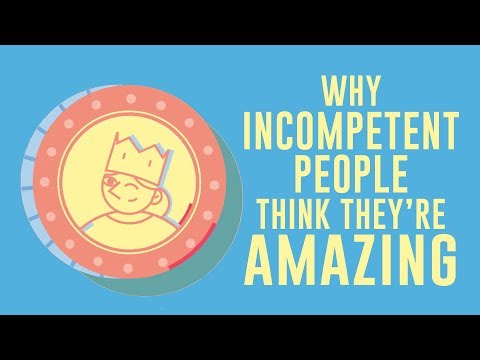 Everyone believes they are an expert in one way or another on either one subject or a variety of subjects. You probably have all been there, in a room with someone spouting off so much nonsense that you just stare at them slack-jawed. You may be that person, if so, stop. People need to be more real. When it comes down to it, this whole existence that we have created - when all is said and done none of us really know why we are here! We are all doing the best we can based on past experiences, hardships, trials, tribulations and using the tools and information we have been given up until this point. We have to take responsibility for how we show up in the World, in our everyday lives, in our relationships and for ourselves. It's ok not to know, it's ok to need to seek more answers for something - just stop lying to yourself and others.

Think about it, how good are you with money? 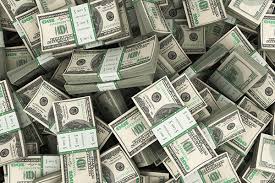 How about reading people's emotions and their body language? How healthy are you compared to other people? How well do you spell? Do you workout? Knowing how competent you are and how you stack up against others of course offers up tremendous self-esteem as the TED Talk would state... it lets us know when we can rely on our own wits and wisdom or when we need to seek the counsel of others.

Psychology research would tell us, however, we aren't very good at this and I believe we don't admit it to ourselves because (in my opinion) many of us lack the humility. We actually frequently overestimate our own abilities. I have always said and have proclaimed for 2 decades now that, " I can use ALL the help I can get." Truly. The video goes on to state that researchers have a name for this and it is called the Dunning-Kruger Effect. 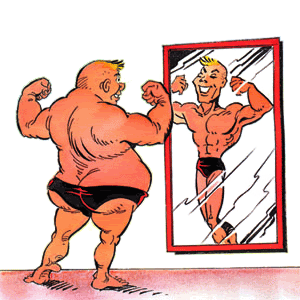 This effect explains why we display illusory superiority. I had a girl that I dated and over time realized (and so did most of my friends) that she was a bit elitist simply because she was a Doctor. Nonsense. I have a tremendous amount of respect for the people who pursue higher education, work many years to attain a goal and become good at the speciality they have chosen. But this doesn't mean they are good in any other part of life - in fact, they may be quite the opposite. Just look at Dr. Ben Carson, brilliant surgeon, overall a terrible human being. If there was a photo in the dictionary next to the Dunning-Kruger Effect, he would be there. Or maybe Trump. I digress. And why do we do that? Why do we give power to people because they have attained a certain amount of success? Respect is a given, but I cannot bring myself to worship anyone that has an elitist mentality and believes they just know everything. Quite ridiculous actually.

"We judge ourselves better than others to a degree that violates the laws of math." Whoa. 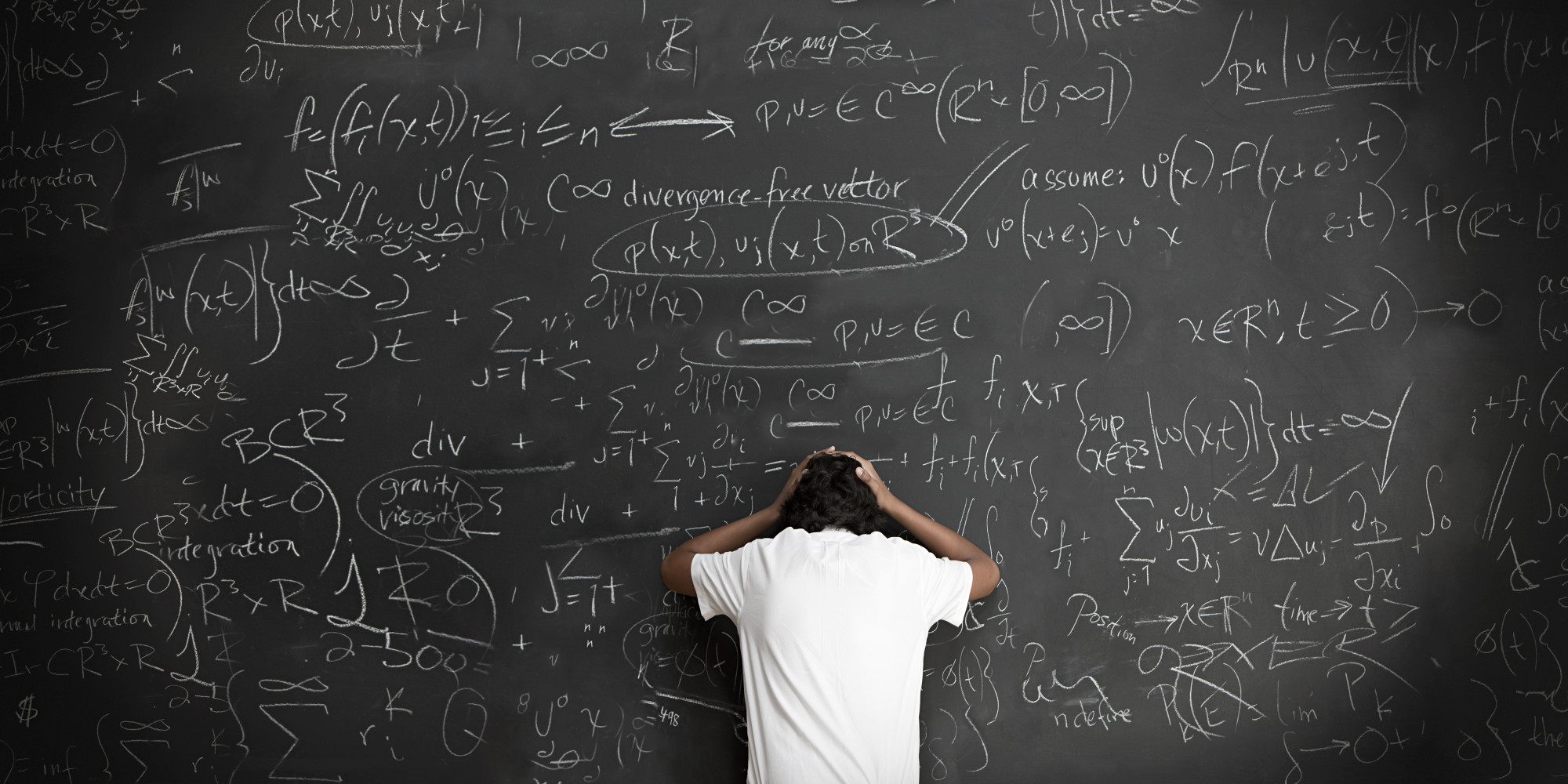 Two engineer companies were asked to rate themselves based on skill sets: 32% of one company and 42% of the other company put themselves in the top 5%.

In another study, 88% described themselves as above average drivers. EIGHTY-EIGHT PERCENT!? I know that is ridiculous because I live in LA and at least 50% of the drivers here are terrible. I know its anecdotal, but you drive in LA and tell me if you don't agree! You know what, forget it - see below for evidence! 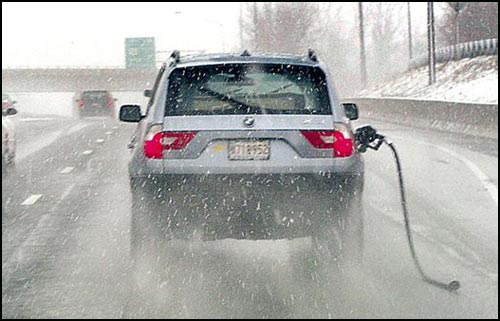 I rest my case here.

As it goes these aren't isolated incidents. On average, people give themselves way more credit than it is due in the following categories: health, leadership, ethics and more.

More interestingly, those with the least skills are more likely to rate themselves higher. People rate themselves almost as favorably as experts do. You've been there, you know people who fit this mold (ahem, Trump) - and it is frustrating to say the least. 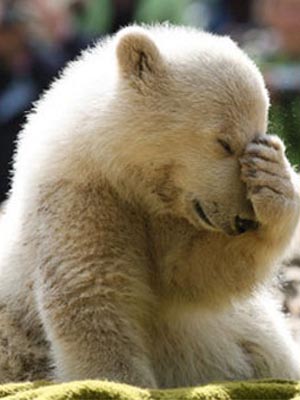 The thing is we are ALL susceptible to this phenomena. We all have blind spots and we need to be more aware and recognize them for what they are, how do we get better at this and help others at the same time.

In 1999, Dunning and Kruger (psychologists) found that this type of bias makes people make mistakes and make poor decisions. Furthermore, the same knowledge gap stops them from realizing their mistakes. Poor performers lack the expertise necessary to recognize they are bad at something. In order for us to be good at things, we fundamentally have to know how it works.

Let's take the Steemit community for instance and cryptocurrency at large. A lot of people are "pretending" to be experts, but that doesn't make it so.

It changes when people recognize they don't know something once they have had the opportunity to learn about it. People who are aware know that they don't know something. Meanwhile, experts who have been studying or working at something for a while know how smart they are when it comes to a certain subject. They make a different mistake, however, they assume that everyone is knowledgeable on a certain subject. This puts people in a bubble and creates inaccurate self-perceptions.

So what can you do to find out how "super" you really are...? To see the full video, check it out here.

Thank you! It was really a good video. I love TED talks.

When incomplete people thinks that they are amazing but in the real world they are nothing..

Yeah, it is interesting to watch unfold in real life. Just remember to catch yourself when it happens!

Yeah bro i agree with you bro can you give me a hand can you upvote my comment and my post i will resteem yout post..

I read part of one. Upvoted it. I will need to read others before upvoting and it's time to go out in Los Angeles! Have a good night!

Hey man, I know you are trying to make money - but say something substantial. Not just going to upvote you to upvote you. This is a meritocracy. I've upvoted you 3 times now. 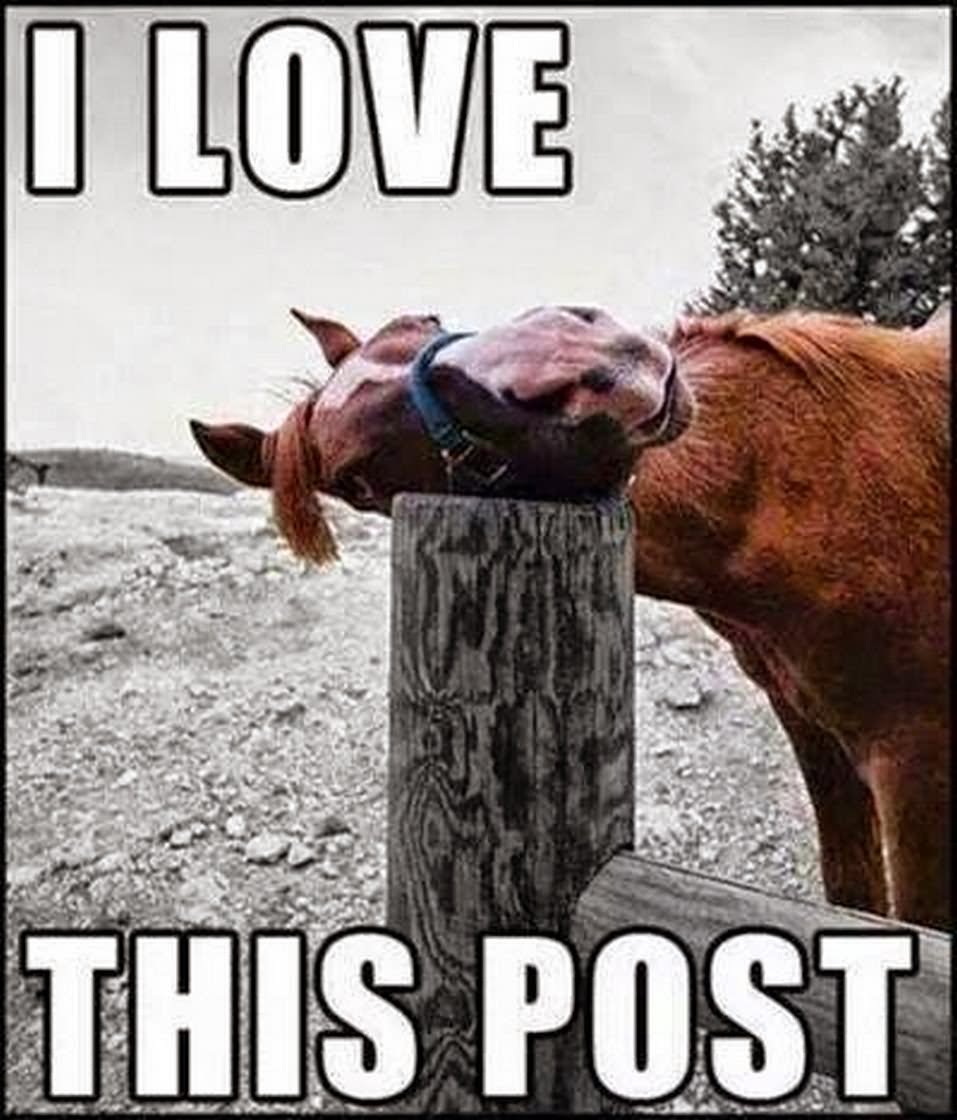 And I LOVE this meme. Hahaha. Thank you!

I love the articles and the reflection onto some people..and this help me a lot to keep on learning something new

I am glad that it helped ya Dylen. We should never stop learning. Ever.

Thanks homie. I try to keep myself learning at all times. A good book I came across is called The Untethered Soul - it makes a lot of sense when you think about how our souls are reacting to our human experience.

Thanks bro. Doing the best I can with what I have been given. :~)

We have to know enough to know that there’s a lot we don’t know..
Awesome post! :)

Thank you for this post ! I really hope the people who recognize themselves in it would stop for a minute and think about it. In my personal opinion they use such behaviour as coping mechanism to compensate their deficits in certain topics, or in "life"as general. I understand that and don't judge them. But the paradox is in that in order for one to realize this about himself requires psychological resources such as self-criticism, critical thinking and etc., which are crucial for this behaviour not to happen in the first place. Their ignorance is in the very core of the problem. Anyway, posts like these should be shared and discussed.

Thanks for your comment sir. I agree with a lot of your sentiments. I guess it is important to understand we are all guilty of these things in one way or another. The important thing to keep in mind is that we have the power to also change how we relate to this phenomena.

Cognitive dissonance - Creating an outlook to avoid feelings of shame and guilt. It's human nature.

Bingo mips5000, but I feel it is done subconsciously for the most part unless you are aware of it, in which case you have the ability to change it.

This is all true, but I also believe that everyone is good at something. You may be absolutely TERRIBLE at math but maybe you're perfect for a job in journalism, just naturally. And that's just how it works- some people are better at things than others, but everyone has a strength. The sooner you can accept this, the sooner you can become better like that TED talk is saying.

I agree, but as the TED talk says we have to be careful of the other bias. When we are really good at something we sometimes tend to think everyone holds the same amount of knowledge. Being a patient teacher is just as important as being a good student. Thanks for your comment Craori - you're right we are all good at some thing or even a few things!

That's true. Gotta make sure you're thinking about stuff before being impatient/upset at someone for not knowing or having as much information on something that you do.

88% described themselves as above average drivers? Wow this is serious. Self awareness is a serious issue. We all need to be more humble and honest. I am still work in progress.

Well Fineliving - awareness is the first step. The next is to correct those things inside of you that make it so. Thank you for your comment.

Awesome post! The first rule of dunning kruger club is that you do not know that you are in the club ;-)

Thank you JerseyNash! Yeah, we are all a part of this club, eh?

Congratulations @sammyb, this post is the ninth most rewarded post (based on pending payouts) in the last 12 hours written by a User account holder (accounts that hold between 0.1 and 1.0 Mega Vests). The total number of posts by User account holders during this period was 2335 and the total pending payments to posts in this category was $1846.60. To see the full list of highest paid posts across all accounts categories, click here.

The @OriginalWorks bot has determined this post by @sammyb to be original material and upvoted(1.5%) it!

And would you consider him an above average driver? haha.

Thank you tensor, I agree.

$0.00
Reply
[-]
josevasquez (67) 4 years ago (edited)
You are the BOSS of @minnowpond Bot? Please read this post: https://steemit.com/scam/@steemsyndicate/from-my-experience-with-minnowpond-and-company-avoid-him-is-a-scammer There are many complaints and claims without answering; because with @minnowpond the SBDs are being stolen from people when they do not comply with the votes they offer for the transfers of 0.25, 0.5 SBD or more, which much promote as MESSAGE SPAM @minnowpond IS SCAM?
$0.00
Reply
[-]
sammyb (61) 4 years ago

I don’t know what you are talking about? The “boss?” I use the service like everyone else and haven’t had an issue.

@sammyb you receive upvote from @minnowpond ?
Why we do not receive our pay upvote to @minnowpond?
Indeed ORIGINAL WORK!!! 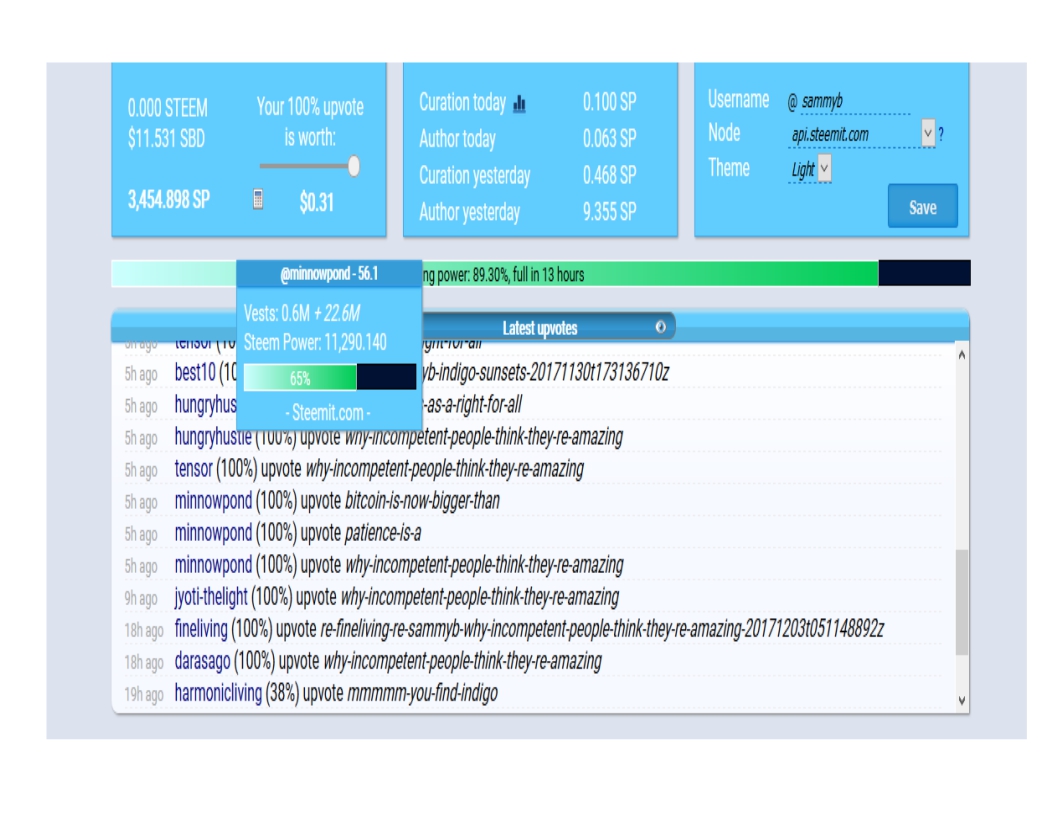 What is your issue and major malfunction? You are the one with no profile picture and all you do is resteem, barely any pieces of original content. WTF are you talking about? I pay for a service, it has worked, sometimes better than other times. I don't own any bots and I am new to this site. I have noticed a lot of the services on here aren't exact, which is to be expected on a new site.

I am going to put you on mute, keep it up and I will report you as well. Stay off my page.