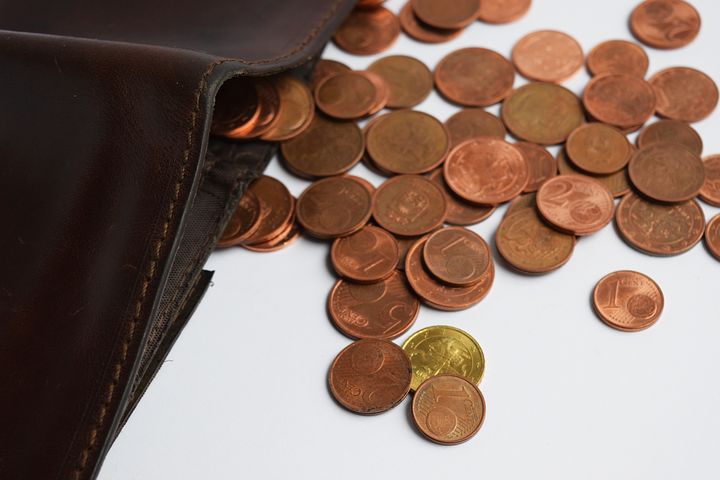 People who cannot control their cash flow work for those who can...

Many people have the "Cash problem". Not that they do not make money but because they do not know how to handle cash. The course "cash flow and it's management" is one that needs to be taught in all our academic institution all over the world, but sadly, it is never seen as an important part of the human life that requires studying, it is largely neglected even in most business schools across the country.

The ability to continuously make large sum of money is not a criteria that a person would be rich, instead making more money brings the urge to spend more, and expensively brings bigger dept and altogether cause bigger money problem. What then can solve the money problem?

I believe it is the effective and proper method we could take on how to manage our cash and organize it inflow doesn't necessary affect the inflow. Mr A find that at the end of every month in his life after he receive his paycheck, that he immediately go back to being broke after that "paycheck week", reason are not far fetched, Mr A had been in bigger debt than his pay check could curtail, Mr A could take things on good credit having his eyes fixed on the lump sum coming at the end of the month, and little by little, it will accumulate and when he is obliged to pay, he is left with a bare minimum to sustain any kind of luxury; this is another reason I would advise against single stream income at specified periodic interval First thing to know is that for every liability made, for every expense made, there is an increase in someone assertion, there is an addition to someone's income; therefore the first rule is to make good purchase and avoid debt

If an expense is not necessarily needed, thinks of other means to make that money grow your own asset than increase someone income and if you are going to borrow money that other would not help you offset, then avoid borrowing;that is bad debt. A good is that which the income gotten from it can be used to offset that debt and still profit the borrower.

Second thing to take note of is the amount of expense made per income and the consistency of setting aside cash for investment. If impulse spending becomes habitual and expense are made that are not budgeted, or this expense becomes even as high as one percent above income, then that is bad expenditure; this can rapidly wreck a person cash flow and plunge a person into murky debt that will eventually be hard to come out from

If money set aside is often tampered with or the amount is consistently changed for no absolute concrete reason, the utmost of all discipline need to be employed for this situation, when people make decisions to invest and often tamper with the money, we hear complaints of missing investment opportunities, their reason being that they do not have enough cash, if checked properly,these persons had at one time or the other tampered with the money he or she had set aside on his own volition or the person had at one time stopped setting cash aside or virtually had not set anything aside for investment.

The discipline to overcome this brings a person two step closer to becoming a master cash flow manager.

Third point that is worthy of note is the most effective habit of master cash controller, the idea of investing instead of saving. The mistake most persons make is saving the extra income that comes in,instead of investing it into ventures that would multiply that extra cash. Investment is like sowing seeds that would become trees for you to pick from at latter date,among these planted seeds, some might die off,get stepped on or just rot away, but eventually most would grow with continuous grooming to bring you fruits.

Saving is the habit of people are scared of risk and failure (note: I'll suggest saving than making unwise investments or impulse spending),

<"If nobody tries anything, nobody gets anything"

Saving money would accrue interest on initial sum, but this interest is a drop of water when compared to the ocean of gains that comes with investments.

Fourth step is the continuous learning and practical approach every cash flow master should delve into to sustain the decision and habit of controlling and managing cash.

* Some practical approach include

A mentor tells you what is important and what is not, a mentor pushes you to stay focused till you an objective while setting an exemplary record to follow

B) Attend Workshops and Seminars:

First time knowledge of certain idea might not stick in for most people, it would require a continual motivated reminder for those ideas and their methods of achievement to sink in

it's the continual rolling stone that gathers moss

Every person that seeks to become a cash flow master must know every hinge of balancing sheets and reading income statements,it doesn't matter if what profession you are in, balance sheet and income statement knowledge is a must-have, it helps a cash flow manager to know what and what would eventually become liability and those that are assets.

No man is a perfect body of complete,concise and effective knowledge, and most knowledge of people has already been put down in books, picking up a books to read gives you an equivalent sum knowledge of the authors full live knowledge on that subject, check out how much you would know if you read up tons and tons of these books and blend their knowledge with your insight.

Thank for taking time to read through, I hope you learnt a thing or two, please kindly leave a comment.

I know how to manage money properly, but I haven't money to manage. haha!

if you upvote for me. haha!