MY TONGUE CAN TOUCH MY NOSE

Growing up as a little child and playing with other children in the same neighborhood was really fun and at times when I think back, I wish I could turn back the hands of time. We would play lots of different fun games like skipping, racing, bicycle race, ball games like volleyball, football, basketball, and handball.

I could go on and on because my life as a child was interesting we also used our faces to make different scary looks with our eyes, nose, ears, mouth, and tongue as part of catching fun while playing. 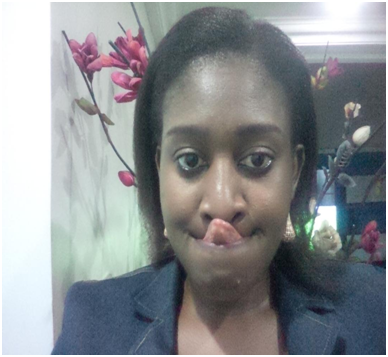 It happened one fateful day while playing and making scary faces at each other, my friend stretched out her tongue from her mouth and was trying to touch her nose with her tongue but she was unable to and I told her I would give it a try too, but to my greatest surprise and shock when I tried I was able to use my tongue to touch my nose and she started screaming and calling the other children that were far off at the extreme end of the playing ground to come see magic!!!!!!!!So she exclaimed, so many children also gave it a try but no other child was able to use their tongue to touch their nose except me so I became the talk of the neighborhood. A Selfie of me with my tongue touching my nose. I feel very special and unique because no other child could use their tongue to touch their nose like I did with so much ease and I still can do it till date. 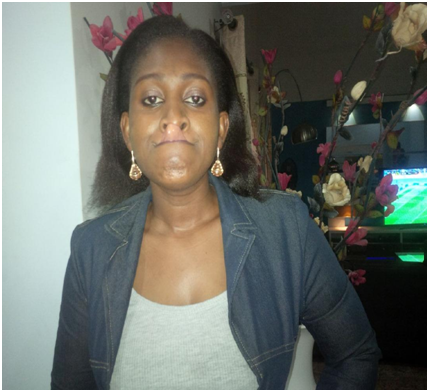 (Pictures of me taken by a friend) One can use his or her eyes or instinct to measure the distance between my mouth, my nose, the length of my tongue and the size of my nose, to find out what likely makes it easy for me because that is the analysis of what people say makes it possible for me but by the time one gives it a try!!!!!!!!!!!!!

I still feel very special because I am yet to see or meet face to face with another person whose tongue can touch their nose apart from pictures or movies and stories, I watch, hear and see.

As you read my post and look at the pictures, also give it a try if your TONGUE CAN TOUCH YOUR NOSE TOO.

I am sure lots of people will find my talent amazing and I could sign up for the Guinness book of worlds records too.

Your comment and upvote will be appreciated. I’m still @MZUAMI