History of a Motorcycle Brand: KTM 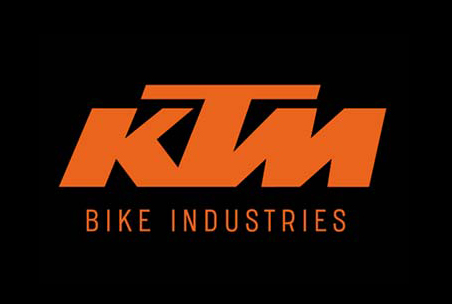 KTM was founded in 1934 by an engineer named Hans Trunkenpolz in Mattighofen, Austria. The name of the company, which started as a metal workshop, was chosen as Kraftfahrzeug Trunkenpolz Mattighofen. In the early years, and in war years, the Trunkenpolz’ company solely focused on vehicle repairs. In time, company evolved to be the biggest repair workshops in Upper Austria after the war. Due to the war damage at the known vehicle manufacturers, there was an enormous lack of supply parts for motorized vehicles. Trunkenpolz made a virtue out of necessity and manufactured the most urgently needed spare parts inside his own company.

The economic miracle loomed in Austria and the industry rapidly bounced back from setbacks and recessions. The Trunkenpolz family did not only benefit from these developments: the repair orders for trucks dropped remarkably and only the manufacturing of spare parts generated some revenue. It is hardly surprising that Trunkenpolz had to search for new options after the loss of revenues from the repair workshop. The population´s wish for motorized transport came at a proper time.

At that time, only a few rich people could afford a car. Therefore, Trunkenpolz decided to develop a lightweight motorcycle. The terms were set quickly – it should be a “real motorcycle” with footpegs, without the pedal-drive known from the motor-driven bicycles. The 98cc Rotax engine with pull starter build in the little town Gunskirchen seemed to be the perfect choice. In 1953 the motorcycle was presented to the public and for the first time the three letters “KTM” appeared to represent Kraftfahrzeuge Trunkenpolz Mattighofen, as you can see in the picture below. Austrian KTM's official corporate colors are orange, black and silver. Aiming to create a strong brand identity, KTM manufactures all race version engines as KTM logos with radiator protections. All KTM motorcycles are delivered on a Motorex label outside the factory. The first oils of all engines are Motorex production. Some official KTM teams use different colors on their engines, especially the Dakar Rally.

KTM is considered by many as the world's single best Cross, Enduro and Supermoto producer.

Wow!!!! A great Salute to you. Many many respect to you!

Wonderful post! I've never owned a KTM, but it could happen. Clearly a superior motorcycle.

I'm glad you at least mentioned Penton. David Penton was at least partially responsible for taking KTM off road. The Penton here in the US is a seriously collectible motorcycle. Very nice post, thanks for sharing the evolution of KTM motorcycle

@mstfdmn You just posted about my DREAM BYKE. KTM has the sexiest bikes ever. Thanks for sharing with us.

it has been indeed a long way

This post has received a 1.26 % upvote from @booster thanks to: @mstfdmn.

The @OriginalWorks bot has upvoted and checked this post!
Some similarity seems to be present here:
http://motorbikes.forumsee.com/a/m/s/p12-32168-0166987--since-1934-ktm-history.html
This is an early BETA version. If you cited this source, then ignore this message! Reply if you feel this is an error.

Thanks for sharing. This is an awesome quality motorcycle. I just looked at some at the dealer.