One night I was thinking about my life and future, I was feeling a bit low and embittered with my regular life. Then I read an amazing true story which not only motivated me but also gave me a positive vision for my life and future.

The story is of an old woman named Lata Khare. 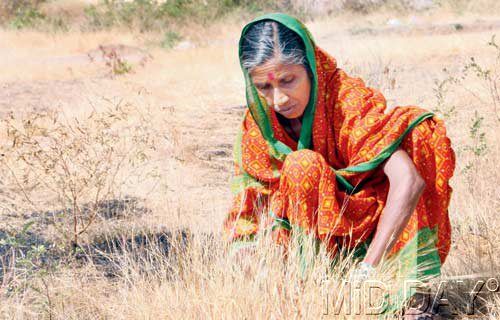 Living a life of poverty she was survived by her 3 daughters and husband. She and her husband worked very hard throughout their lives and married off their 3 daughters.

All the small money which they gathered over the years was spent on the daughters marriages.

Post daughter’s marriages, she and her husband started working on day basis in the nearby farms, only making enough to survive.

One day suddenly, her husband felt uneasy and was he diagnosed with some serious infection. Lata was left baffled, with no money in hand and the poor situation, she couldn’t understand what to do. She took him to the nearby hospital, doctors recommended her to take him to the terminal hospital which was a bit expensive for her but she was left with no choice as few tests had to be conducted.

Lataji was in tears, she felt pity on her misery. She couldn't see her husband dying in her arms. She felt helpless and sorrowful.

Courgaeously, she begged to her neighbors, relatives and each and every possible person she could and gathered a small amount and left for Baramati for the further tests of her husband.

Doctor moved her husband in the check-up zone, she discreetly sat outside the room with the teary eyes, praying God to save the only wisdom in her life.

Suddenly, the doctors came out of the check-up ward, her eyes lit, eagerly waiting to hear the well-being of her love. But the fate had some other story written for them. Doctor said this test weren't enough to start the diagnose and further tests and medications were required, which was going to cost them bounty. Lata's world collapsed, her eyes widespread in disguise, no where to go, no money to treat her husband. Her world was shattered, her heart ached, emotions were flowing down, she cried and cried. She lost all her hope. She couldn't digest this helplessness.

She and her husband came out of the hospital heavy-heartedly, stopped by nearby street food court, had two samosas(a street junk food in India) on piece of newspaper, her eyes stopped on the bold headline on the newspaper, her eyes lit, heart skipped a bit, the headline was about the ‘Baramati Marathon and it's Prize Money'.

She winked and all sorts of thoughts flooded through her mind.

Next day, Baramati Marathon was about to commence, everyone geared up in their sports shoes, cozy shorts and tracks, sweat absorbing tees. And there she comes, the 65 year old Lata Bhagwan Khare, wearing torn Saree(Indian traditional wear), bare footed, tears in her eyes.

She argued with the organizers, they weren't ready to let her participate in the marathon, she pleaded, she begged, she made them to approve her participation.

Marathon started, she hitched her saree just above her ankles, she ran like a wizard, like an 16 year old teen, people nearby were totally shocked seeing her ran like that. 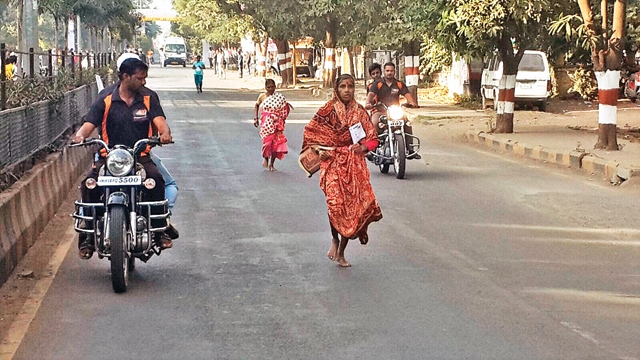 She didn't think of anything else, she could just see her husband's life hanging ahead and the winning amount in front of her eyes. She didn't care about the hard hitting rocks and pebbles on her way, her feet bled, but she ran and she just ran.

She accomplished the marathon and won the prize amount. It meant a life to her, she was going to see her husband live. Crowd applauded and cheered for her, streets of the village clapped for her. People were flabbergasted, they saluted her, applauded every single step of her. She was still crying, but this time because she knew what she has just won. 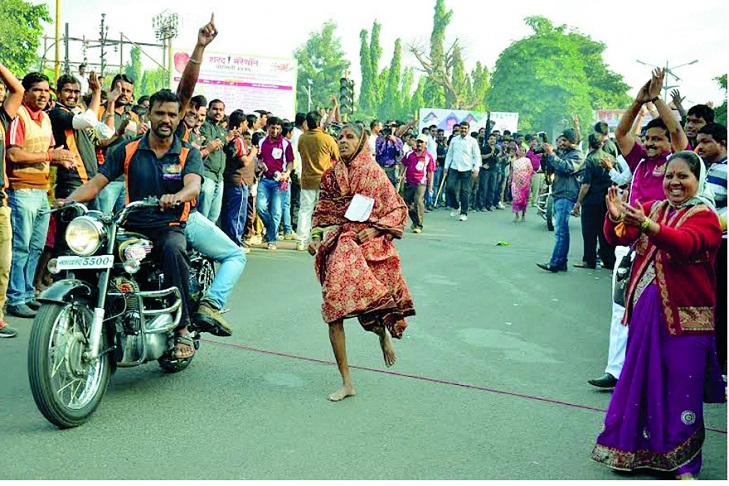 She collected the winning amount and made sure her husband receives the proper medication. This is love, this is devotion. She didn't blink an eye, she never thought about how she is going to win the marathon, how is she going to run barefooted, how'll she survive. She only ran with one motive, to save her husband.

No matter how tough the situation is never ever lose hope. She is such an inspiration at that age. There will be hard times in our lives but we have to face them like a CHAMPION.

So, that's all folks!

I hope you all liked the story and if you do, please