Chai means tea and masala means a mix of spices - together they describe a traditional Indian brew of black tea, milk and spices. While everyone has their own interpretation of the drink, it's pretty standard to use cardamom, ginger and cinnamon.

I adore masala chai - love the spices, love the kick, love the warmth. 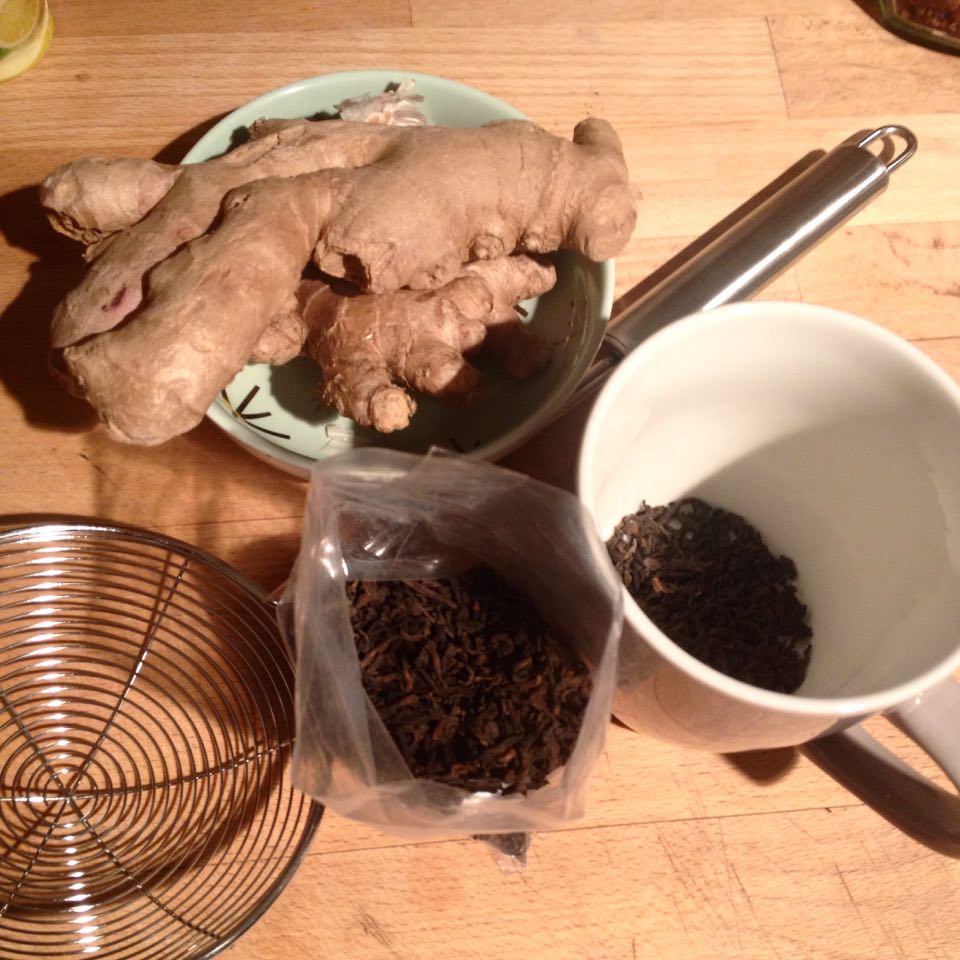 In a saucepan, heat up the cardamom and ginger with a little bit of water - Then, add a cup of milk and the rest of the spices - 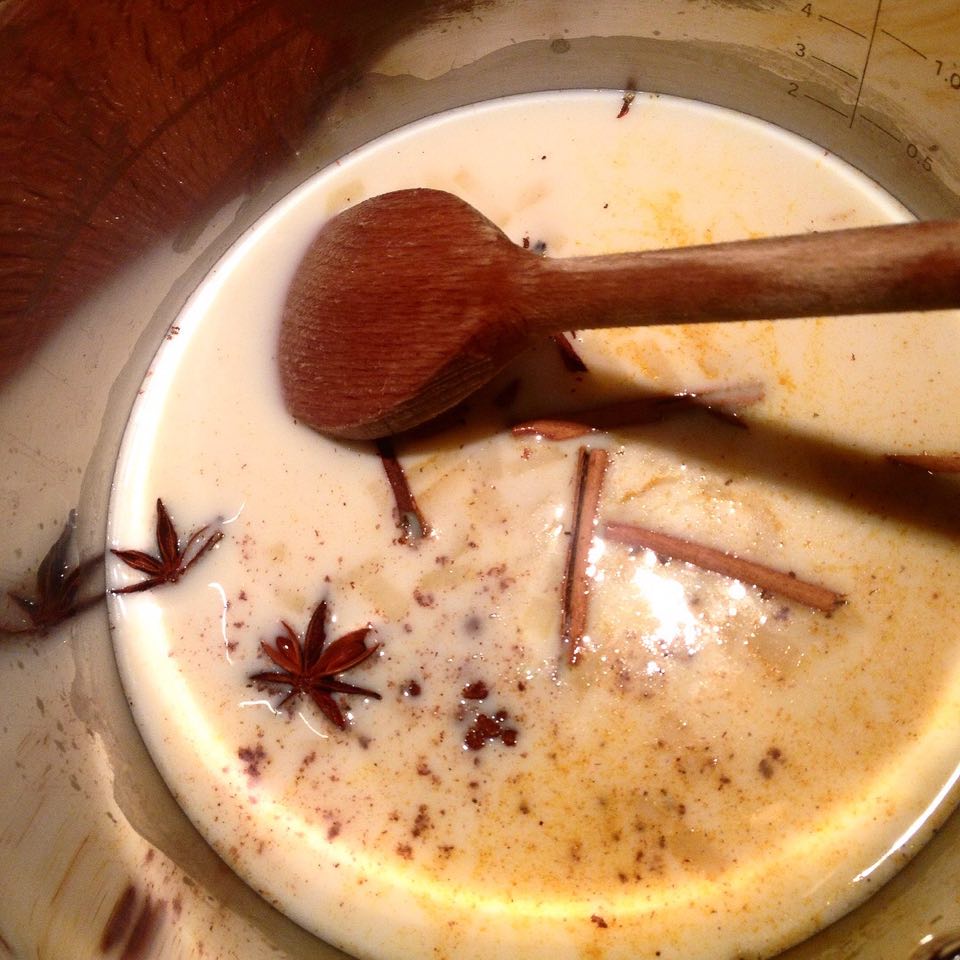 Add the cup of tea into the mixture - 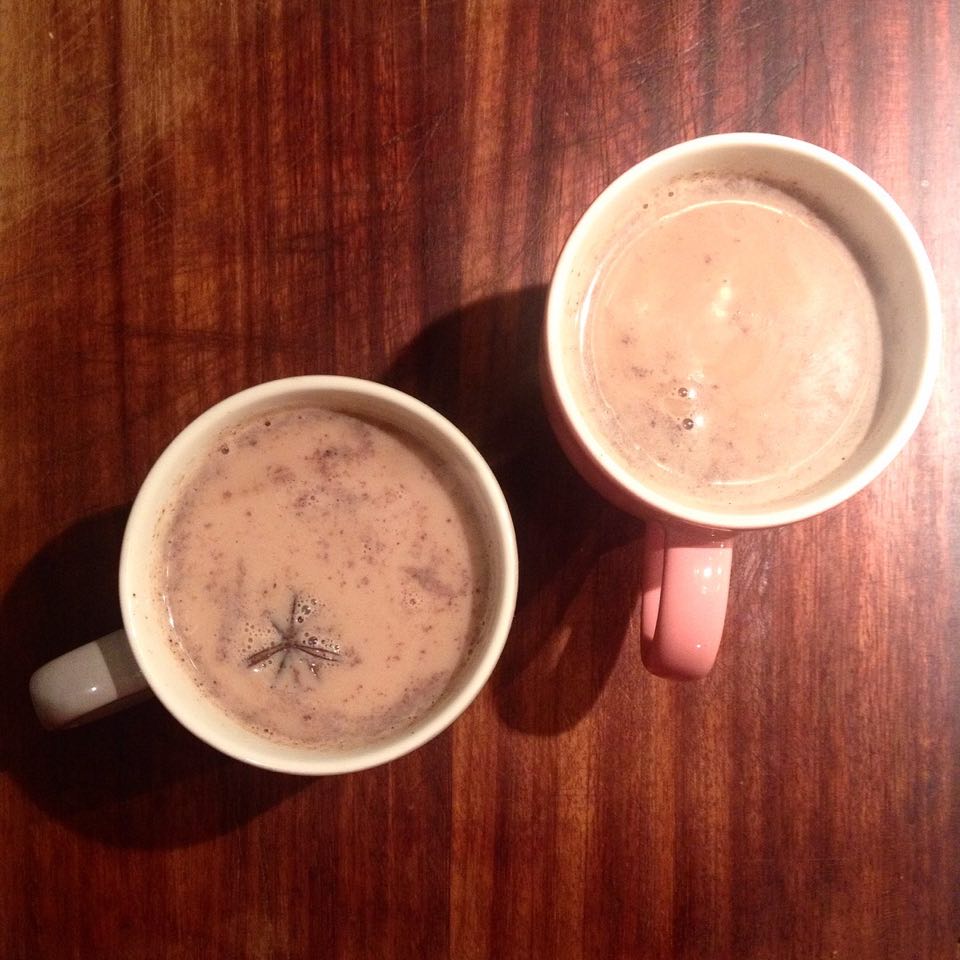