Herd Mentality means how the behavior of people is influenced by the majority. For example, if some person is going against the norms of some culture, he or she could be outcasted by the society. Similarly, some people believe in superstitions just because everyone else around them is also believing in them. One can also see this behavior in crypto or stock trading where people buy a coin/stock just because everyone else is also buying it, without doing any research of their own. 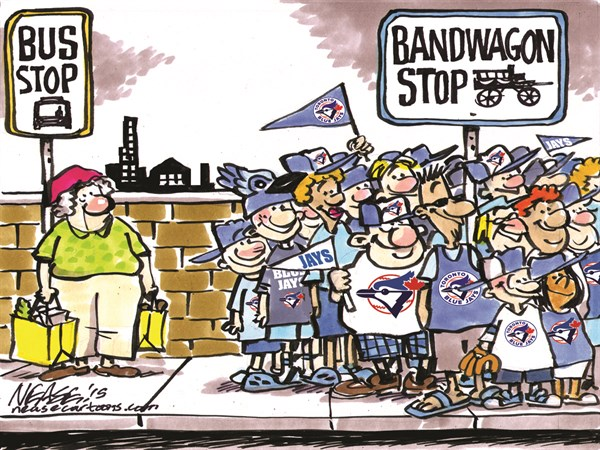 The following social experiment video shows some shocking behavior of humans pertaining to herd mentality. A woman is sitting in a clinic waiting for her turn, while other people sitting with her are actors. Now on hearing the buzz, all actors stand up. After a while, that woman also starts following them. However, what is really shocking is that when all those actors are gone, that woman still keeps standing up on hearing the buzz. Afterwards, comes another person, and at first he is surprised by that woman's behavior. But then he also starts doing the same. Well to see the full experiment, just see the whole video. You will be flabbergasted!

It is very sad behaviour.You have highlighted such an important issue. Thanks for sharing.

This is so true --- and so sad! But it must be an adaptive behavior, right? Maybe I'm just too independent or something.
Will follow your posts....

The @OriginalWorks bot has determined this post by @hmushtaq to be original material and upvoted it!


Please note that this is a BETA version. Feel free to leave a reply if you feel this is an error to help improve accuracy.
$0.00
Reply
[-]
andkill (50) 5 years ago (edited)

haha that cant be real or if it if, I was going to say people are not so stupid but then I realized it's not intelligence questions, it's a question of wanting to be accepted, lucky for me im not a sheep "well now I'm going to take a look at facebook bye". Good post btw It reminds me of the book The Foundation written Isaac Asimov the premise of the novel is a mathematics that predicts mass behavior using a science called psychohistory.

This post has received a 9.30% upvote from @lovejuice thanks to @hmushtaq. They love you, so does Aggroed. Please be sure to vote for Witnesses at https://steemit.com/~witnesses.