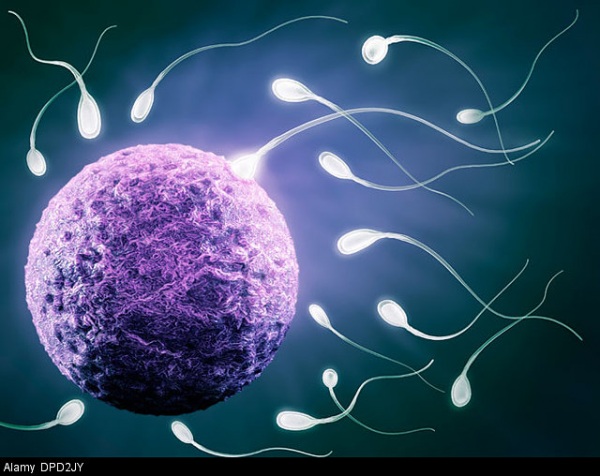 Of male hormonal contraceptives we have been talking about for several years, but a clinical study that will start in 2018 could be the most important and promising ever attempted so far. Researchers at the National Institute of Child Health and Human Development have developed a gel that temporarily blocks sperm production. From April 2018, and for four years, they will use it to over 400 couples in the USA, UK, Italy, Chile, Sweden and Kenya to verify efficacy and ease of administration. WHAT IT CONTAINS. The gel is based on two synthetic hormones, a version of testosterone and one of progestin (a hormone substance similar to progesterone). The latter prevents the testes from producing sufficient testosterone doses to guarantee normal amounts of spermatozoa. Synthetic testosterone simply serves to ensure that there are no hormonal imbalances (but not to form spermatozoa).

WHERE DOES IT WORK? The product is spread on the skin, but not, as you might think, in the genital area: half a coffee cup is applied every day on the shoulders and arms, and it is absorbed in a minute. If you remember to do it consistently, the combination of the two hormones suppresses the production of sperm for 72 hours.

Volunteers will use the gel for at least 4 months, while their sperm levels will be monitored (to prevent pregnancy, the count should go down to less than one million per milliliter of semen). Only then can partners also abandon other forms of contraception.

NOTO DA TEMPO. The product was already proven effective in a first six-month trial carried out in 2012, but in that case the gels were two, to spread on distinct parts of the body. The new formulation is easier to administer.

OTHER EXPERIMENTS. Earlier this year a male contraceptive gel had proven effective in macaques, and with reversible effects. In that case, however, the method was totally different: the product mechanically blocked the ducts that carry the sperm from the testicles to the urethra. Other forms of male contraception based on hormone injections proved to be effective, but with significant and unacceptable side effects (such as depression).

If the gel were to pass the clinical tests, the biggest obstacles to its landing on the market will perhaps be in terms of acceptability. For centuries, contraception has been socially considered a predominantly female task.