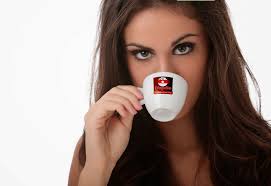 In the long discussion about the more or less beneficial effects of coffee on our health, a study by the International Agency for Research on Cancer and the Imperial College of London, conducted on about half a million European citizens, according to which people who drink more coffee a day live on average longer than those who do not take it.

The research was based on data collected in a previous survey, which recorded the state of health and diet of 521,330 people, aged over 35 years, followed for 16 years.

IT ALSO GOOD FOR THE LIVER! Analyzing the daily coffee consumption of the survivors and the 42,000 people who died during the study, the researchers found that a higher consumption of coffee is associated with a lower risk of death, especially for some types of diseases, such as those cardiovascular and those related to the digestive system.

Subsequent analyzes have revealed that coffee drinkers have on average a healthier liver than those who never consume this drink.

Congratulations @eddyeddy! You have completed some achievement on Steemit and have been rewarded with new badge(s) :