Buddhism is a religion which supports the teachings of Siddhartha Gautama (Budda).

Siddhartha Gautama lived about twenty five centuries ago in Nepal of northeastern India.
He lived to be called "the Buddha," which defines "awakened one", after he underwent a heartfelt awareness of the nature of life, death and existence.

In English, the Buddha was defined as enlightened though in Sanskrit it is Bodhi, means "awakened."
In the rest of his life, He traveled and educated. Nevertheless, he did not educate people what he had perceived when he turned enlightened. Instead, he educated people how to comprehend enlightenment for themselves. 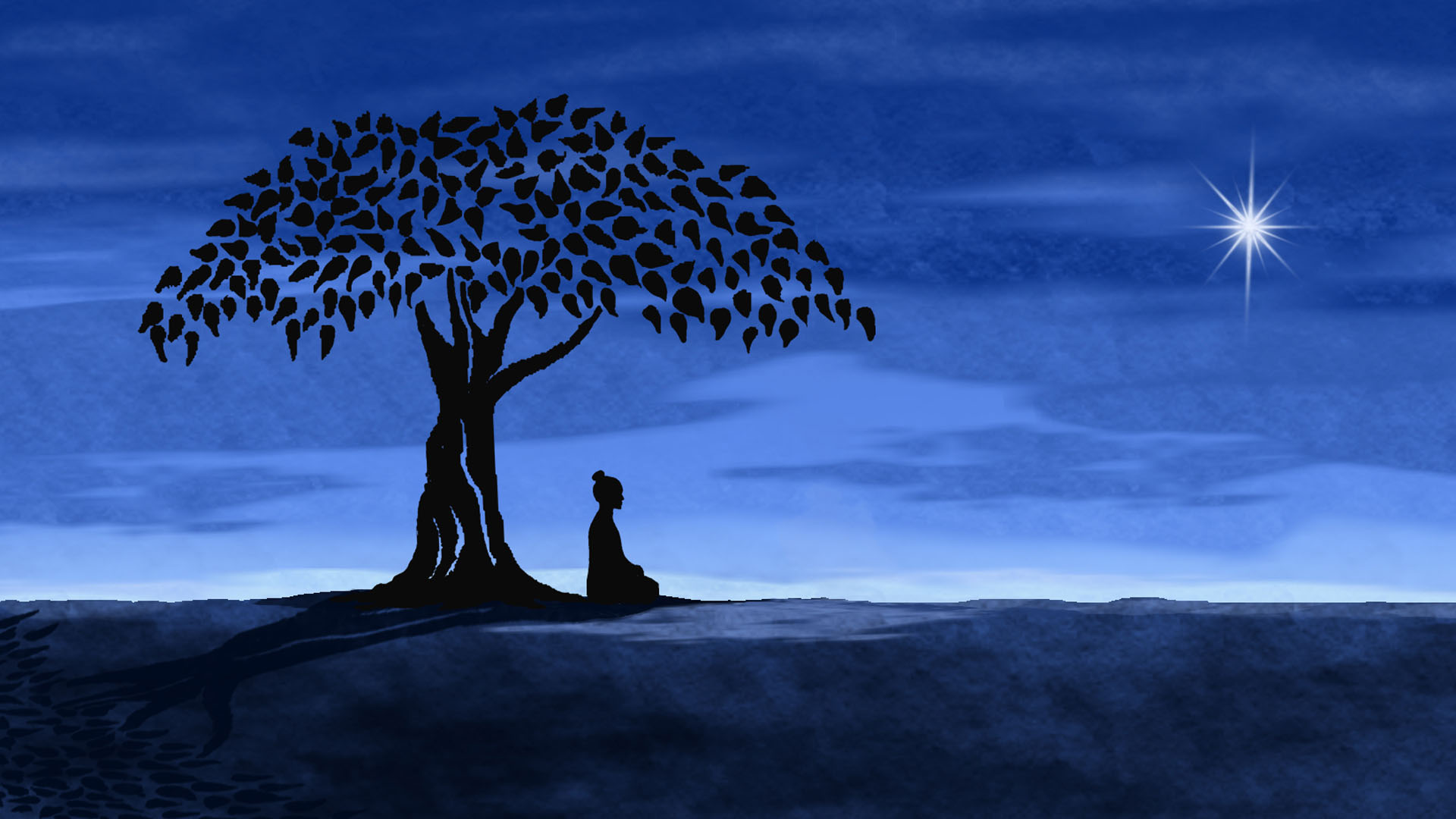 In the centuries of the Buddha's life, Buddhism outspread all over Asia to transform one of the important religions of the continent. 350 million are the most common approximate number of Buddhists all over the world today, which certainly shows Buddhism the 4th largest of the world's religions.

Buddhism is so dissimilar from the other religions. Thus some people argue whether it is a religion at all.
For instance, the key focus of many religions is God, or gods. However, Buddhism is a type of religion which does not have or involve a belief in god.

The Buddha educated that believing in gods might not be beneficial for those who desire to realize enlightenment.
Instead of educating doctrines to be remembered and believed the Buddha taught how we can come to know the truth for ourselves. The key focus of Buddhism is on application rather than belief.

"Basic Teachings of Buddhism" The base of Buddhism is the “Four Noble Truths”. The Truths are: By themselves, the Four Noble truths do not seem very effective.
But under the Truths are innumerous layers of teachings on the nature of survival, the self, the life, and the death, not to mention suffering.

The main focus is not to just "believe in" the teachings, but to consider them, comprehend them, and examine them against one's own experience.

It is the process of exploring, considering, comprehending, examining and perceiving that is Buddhism.

This comment has received a 0.10 % upvote from @booster thanks to: @hamzaoui.

zen buddhism or tibetan? which way do you follow?

Great thing i read about buddha is that he said that don't blindly believe anything, even his own teachings. He told to explore everything on our own. This shows his greatness.

THIS. Killing the Buddha is the first step towards truth.

Wow thank you for this post. I really thought about buddhism, but I am still open-minded atheist. I listen to Eckhart Tolle, you need to google him!

This was educational and inspiring, I wish all religions shared the peaceful mentality that Buddhism does

Good post, I'm following you, it would be of great help to me, thank you very much

Well the core objective of Buddhism to gain Inner peace. As a human, people are just rushing towards the never ending life luxuries and earning lots of money. You know what the Irony is, People leave comfort today, work hard so that they can be comfortable in their future which may or may not exist.
Buddhism taught people to focus your inner strength to gain inner peace. That's it . and that's what actually matters.
Thanks @dommaraju

Great explanation. I love Buddhism even though is not my religion. Few years ago I travel to Chiang Mai, Thailand. There was a temple where you can have chats with the monks. However, they said they can't talk to women, I felt very disappointed. Do you know why? if not, anyhow your post is awesome. Thanks for sharing

Great post. I was born in Bodh Gaya, the place where Buddha attained enlightenment!!

Beautiful post. I am a big fan of Buddhist teachings

All is within you. Enjoyment of the moment causes happiness!

I've always wanted to learn about Buddhism, got some books from the library once and they were not easy to understand. You've just confirmed how wonderful I always believed Buddhism to be! I believe in everything and learn about all these similar topics always. (As you can see on my blog)

One of the premise of Buddhism is that everything that's happening to us appears real, including our problems, because of our thoughts. It's all in the mind and how we project our thoughts. This to me was a great revelation. Great article!

Great writing and very enlightening. peace to you @dommaraju

Loved the information in this post! I recently fell in love with the Buddhist philosophies after reading "The Art of Happiness." I recommend it to anyone needing a good pick-me-up in life. this is so beautiful!

Thank you for this. 'Subtle, yet profound' is the Buddha's dhamma. Also, important to know that there are two traditions: Theravada and Mahayana, with Vajrayana sometimes being considered the third, sometimes falling under the Mahayana tradition. Many blessings to you.

Buddhism is not a religion but a philosophy because if it is a religion, it should invite devotees to come and follow it.