Carbon dioxide is essential for plants and increasing the amount of carbon dioxide in the atmosphere can contribute to productivity growth. However, agriculture and livestock are primarily dependent on water availability. Meanwhile, climate change, which causes the movement of climatic zones and disturbs water relations, will further aggravate the conditions of plant growth. Recent data show that increasing regional droughts cause a decrease in plant productivity worldwide, despite the fact that CO2 concentrations have increased in the atmosphere from 280 ppm in the pre-industrial age to 395 ppm in 2012. The situation is further aggravated by the increase in the frequency of extreme weather events and their increasing longevity, probably caused by the rapid warming of the Arctic and the "blocking" of the current (Francis 2012). Growing warming will have a negative impact on yields in countries whose climate is already at the limit of plant temperature resistance, particularly in tropical and sub-Saharan regions. As shown by the analysis of the results of 22 numerical models conducted by Aiguo Daia, already in the 1930s extreme drought will threaten, among others. Mediterranean region 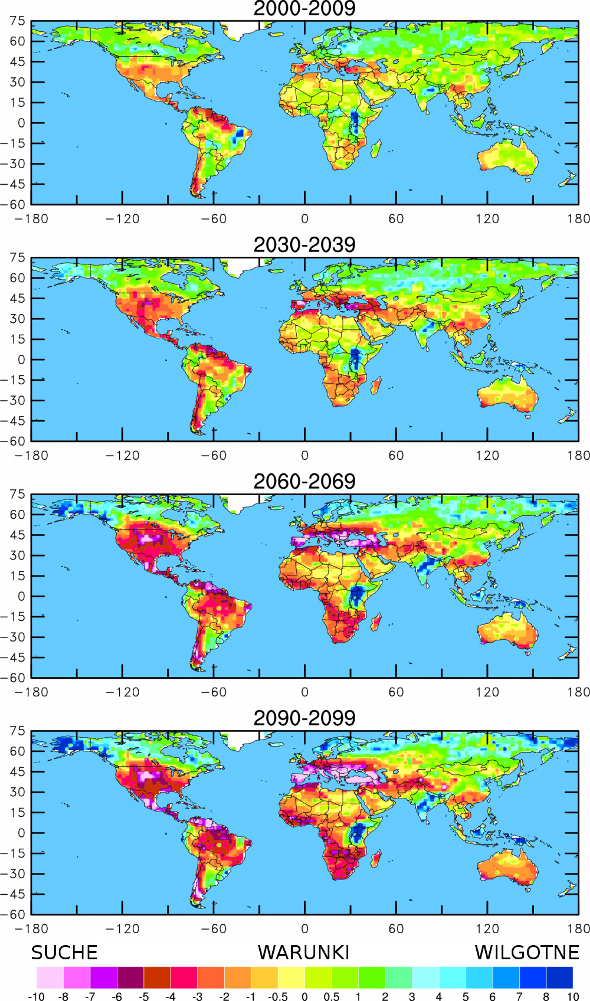