I was walking into the city centre today, with my hearphones plugged to the cellphone playing a nice, happy music.
I took care to place it into a very deep pocket of my backpack and closed it the velcro. Suddendly I felt my bag being pulled and the melody stopped.
I immediately turned back and saw a super old, mummy-like man slowly trying to hide my cellphone in his pocket.
I easily took it back, while he said in a broken, wrong italian: "Oh! It fell down. This yours?"

Well, I don't usually take anything for granted as everything is possible.

So: It is possible that my phone indipendently managed to open the velcro and jump out of its pocket, creshing on the concrete without a sound and without even getting a scratch. It is possible that the exaggravating slow-moving guy managed, in the span of a second, to: bend to the floor, pick the phone, stand up again, give a look around to make sure the owner was out of sight and honestly decided to take it with him planning to make a couple of phone calls to my contacts, hoping to trace me and give it back. - but later -.

It is even possible that Santa actually exists and that our parents always lied to us in order to take credit for the presents.

It is possible, but is it likely? I decided it wasn't. I decided more likely he just pickpocketed my phone.

And, as he kept saying, stolidly like a cow badly hit on the head, and despite all the evidences:"it was on the floor! Oh! It was on the floor!" I blurted: "Stop it! You're a tief! And you're also stupid!".
Then I made a tongue to him and turned back with indignation.

The music resumed and a thought crossed my mind: People like him is entitled to vote and this, legally and socially, affects my life.
I quickly tried to calculate how many people like him I met in Naples and bursted out laughing.

But, let's look at the bright side: I swear, every time I bump into someone like him, out of my exactly on average Q.I., I do feel like a genius ;)

This work is licensed under a Creative Commons Attribution-ShareAlike 4.0 International License.

Lucky you were listening to music, thefts like these are very common in my country, and I've learned to always put on some music whenever I'm in closed spaces with a lot of people.

And it's also possible that shaking a plate of jello doesn't look like a fat hooker on a cold night, no? 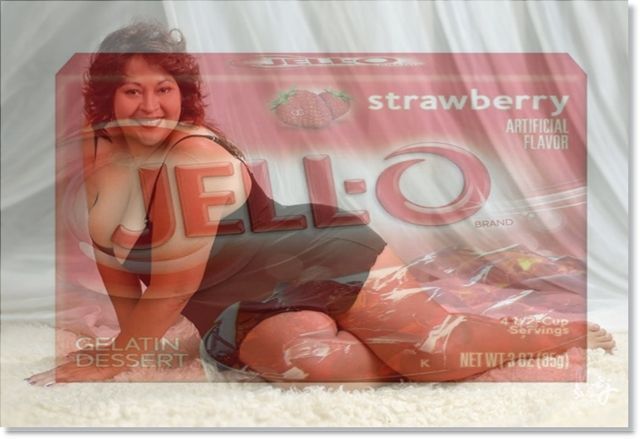 Ahahahah! Everything is possible, Jaichai!

Oooh, similar thing happened to me sometimes ago. Someone tried to pick-pocketing me. Lucky I have good reflexes. I hit the guy right on the eye. Lol. And he ran away.

Ahahah! Next time he will think about it twice, I guess :D

ahahahh! This would solve a lot of problems

Sucks that happened. Very funny storytelling I love it.

I'm ok, I managed to get my phone back, so no damage :)
I just feel apalled

@creepyturtle That's good. I don't blame you I would be too.

Haha that was fun to read :)

Glad you liked it :)

Congratulations! This post has been upvoted from the communal account, @minnowsupport, by baobab from the Minnow Support Project. It's a witness project run by aggroed, ausbitbank, teamsteem, theprophet0, someguy123, neoxian, followbtcnews, and netuoso. The goal is to help Steemit grow by supporting Minnows. Please find us at the Peace, Abundance, and Liberty Network (PALnet) Discord Channel. It's a completely public and open space to all members of the Steemit community who voluntarily choose to be there.