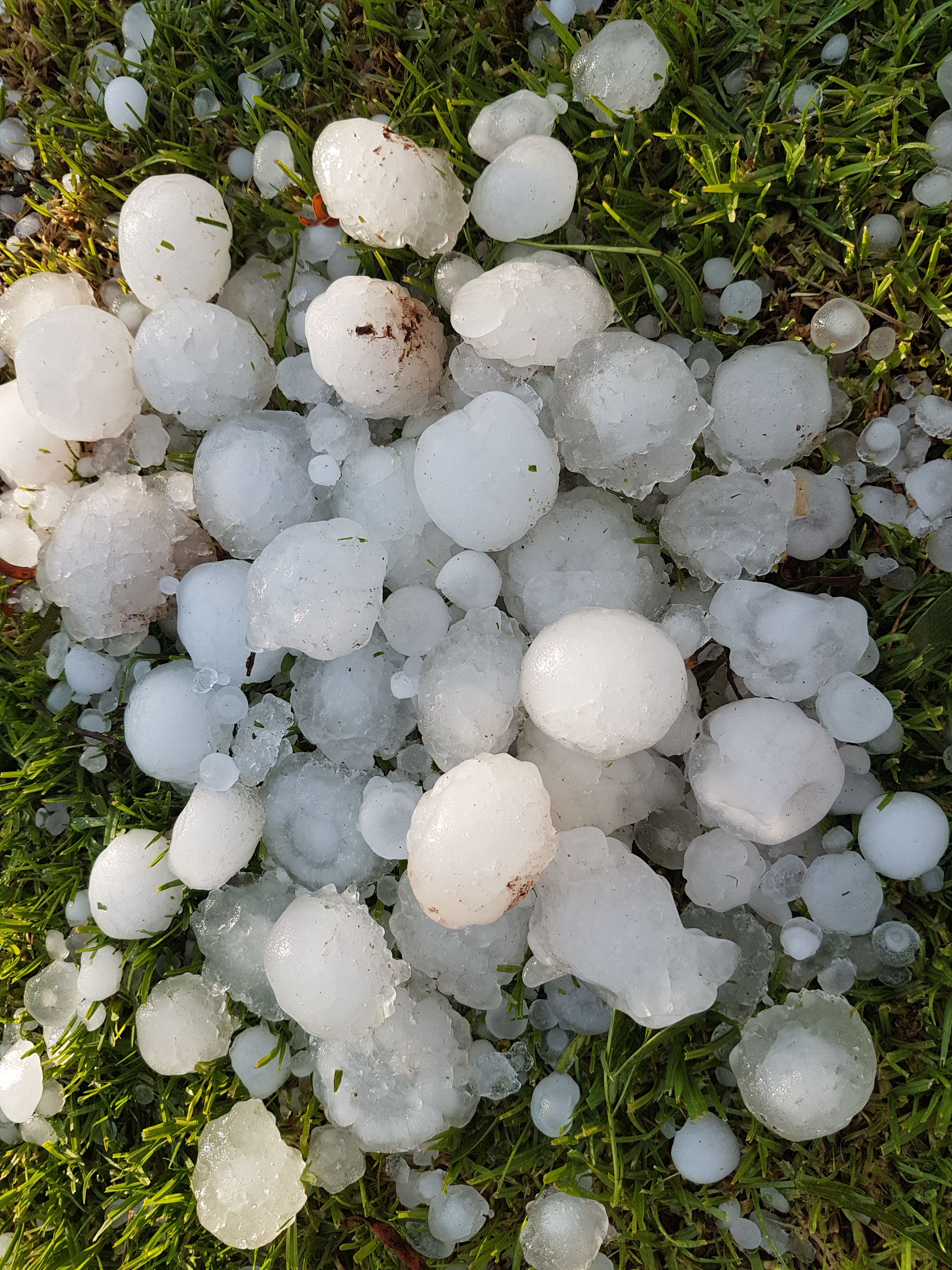 The increase of natural disasters globally, over the past two years, is quite alarming. Since January 2017 until September 2017 the following 10 deadly disasters took place: In South Africa, tornados are a rare occurrence, but in the last two years, we had two in the same region, bringing the total amount of tornados in South Africa to 27, since 1948.

This past week, we experienced crazy weather: A tornado in my hometown, flooding in Durban and snow on the peaks in the Drakensburg. The first time Krugersdorp was hit by a tornado was on the 26th of November 1948, causing 4 fatalities, 100 injuries, 700 wrecked homes and damages of R150 million. On Monday(the 9th of October 2017) the town experienced its second tornado which caused only 2 fatalities, some injuries and a few million rands worth of damages to schools, hospitals, a shopping mall and hundreds of houses. 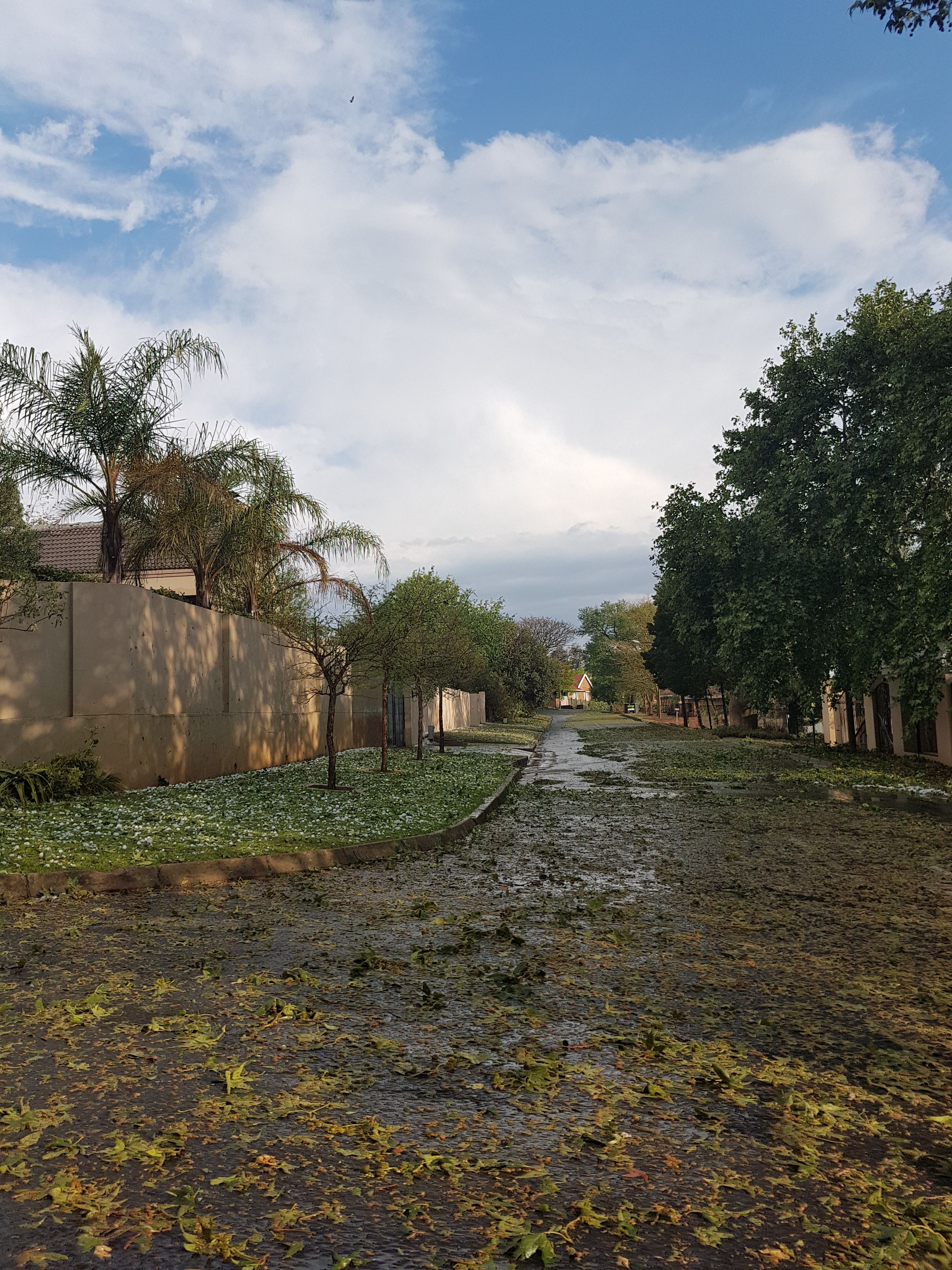 Monday afternoon while on my way to drop my son off at extra math, I got a single blow to my car, having no clue where it came from. My son looked at the darkening sky and told me to go and seek shelter immediately as it is the start of a huge hailstorm. While driving off, looking up at the sky, I could see the formation of a tornado. I hit the pedal hard, speeding away, breaking all traffic regulations to get to the shopping mall as fast as possible. It took me 2 minutes instead of the usual 4 to get to the mall. As I reached the entrance of the undercover parking, the clouds started pouring golf and tennis balls, leaving a path of destruction. Cars that come in a few seconds after me had broken windscreens and their bodies were dented.

Hundreds of houses got damaged: Schools and a shopping malls roofs were ripped off: 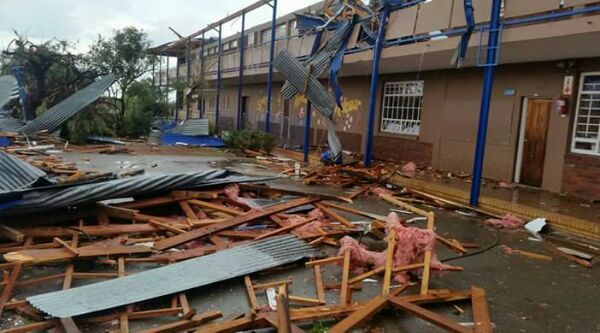 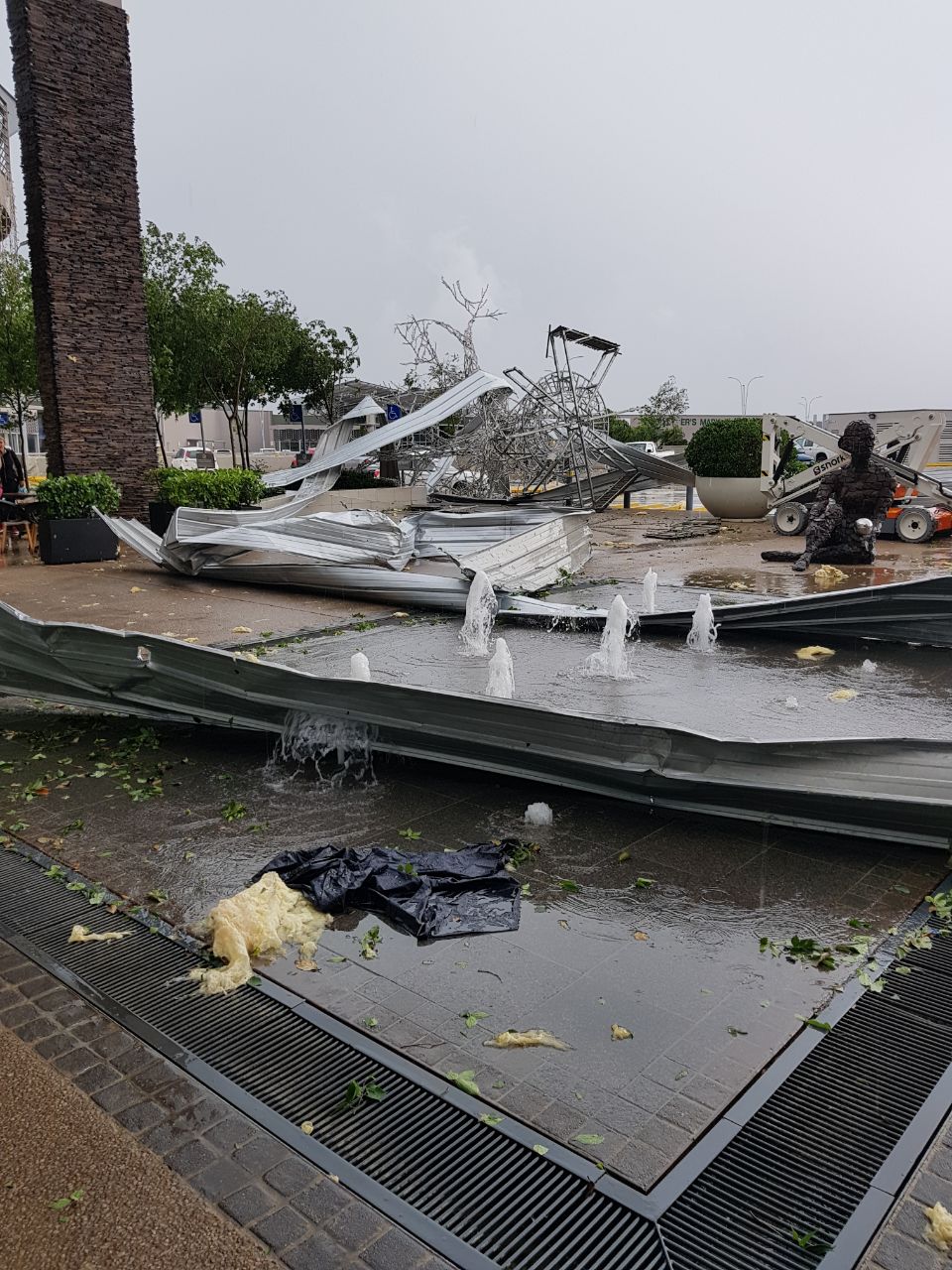 There were shattered windows everywhere you looked: 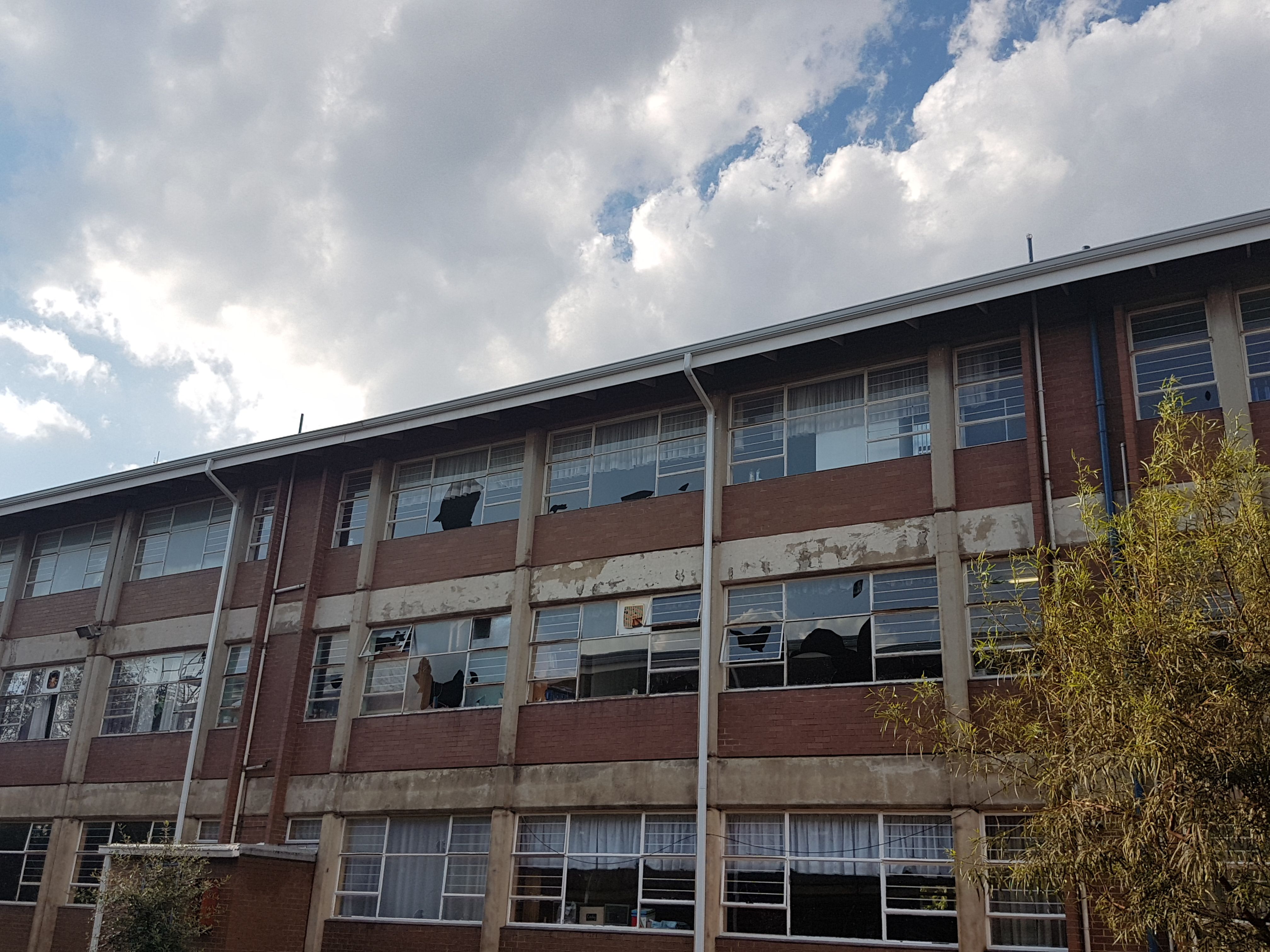 Even the carports weren't spared at the hospital, office parks, houses and flats. 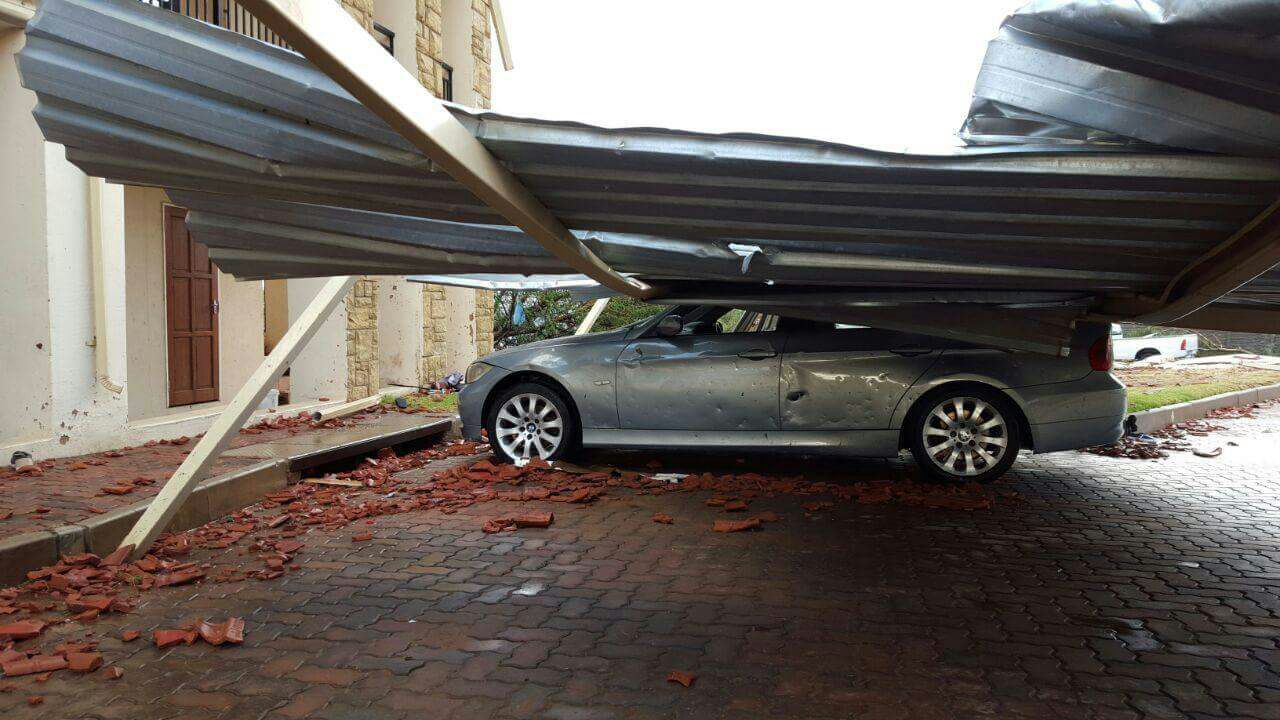 Some of our roads were flooded too: 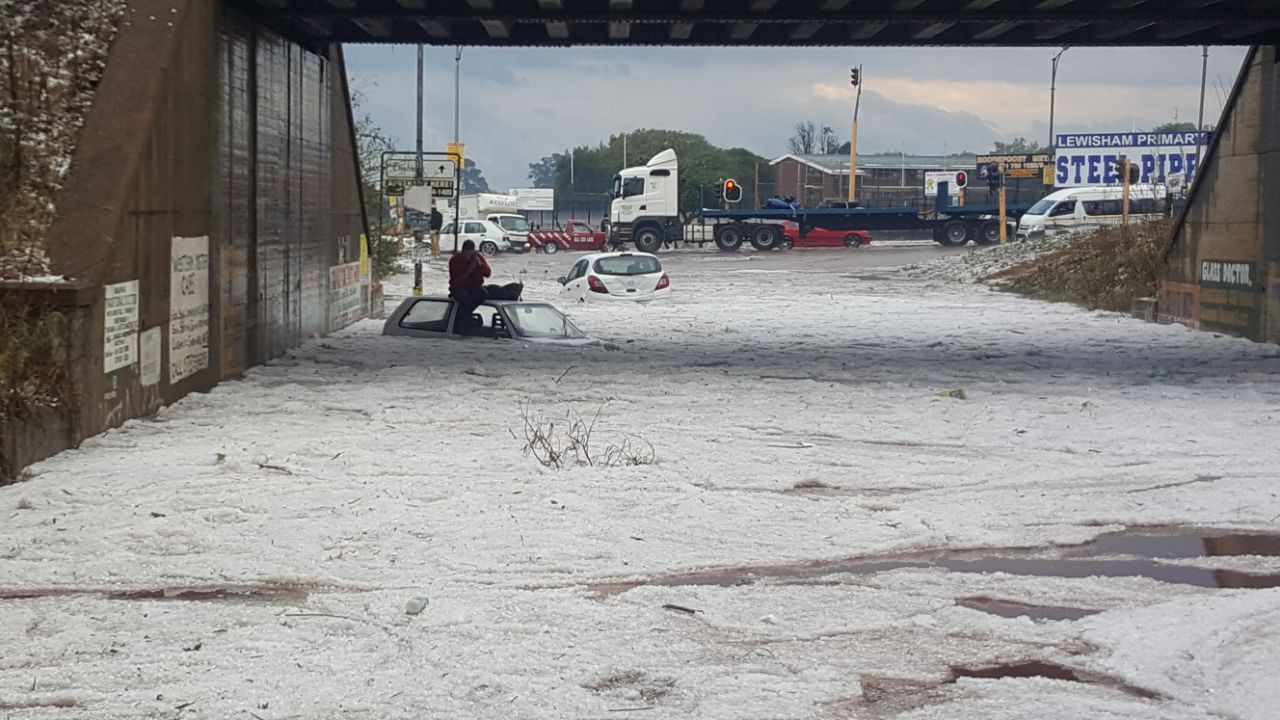 In the past three months, our coastal regions especially Durban, has suffered great destruction. First, they were hit by abnormally high waves of 4 - 13.68m high, in August; followed by gale forced winds with speeds of up to 140km per hour, in September. Since Tuesday, they are experiencing heavy downpours and floods.

This is what the main road leading from a small coastal town(Amanzimtoti) to the city (Durban) looked like on Tuesday. When I look at all these natural disasters that took place this year, I wonder how much more this world of ours can still take and for how much longer.

Nice post @crazymumzysa. Is it the only weather who is responsible for such havoc?

This is really bad, I don't think we can just escape these disaster with out some price to be paid, it's nature. But this is not good and from the way things are looking, we could be expecting to see more, now how do we prepare ourselves and save our families and loved ones, we can't afford to keep losing people to these natural disasters.

Its because of the people like us, who waste natural resource like there is plenty. Why not start a renewal source if energy instead, countries like india where you get ample supply of Sun light should start solar energy. In fact it has started, we have a Airport Kochi airport which is totally runs on Solar Energy.

If developing countries can do it then why not

So, what you seem to be saying is that frugality can stop the weather. I don't see the connection.

Global warming is NOT substantially increasing because of human activity. The islands are NOT going under the ocean, global warming or no.

Are we poisoning our home, undoubtedly, but human caused global warming doesn't exist.

Look to the Sun to find the varying energies involved in the climate change that is happening on many of the planets in the solar system, not just Earth..

Who should we blame? Nature is just trying to bring back the balance by getting rid off the things ruining the balance.

OMG worst and sad to see this :(

Worst indeed, God on our side bro

In my opinion those storm are man made, conspiracy theories believe that the military already develop a weather control device and the test it all over the world.

I tend to agree with you. The last 5 or 6 hurricanes at least can clearly be seen to have been created from ground/sea based rapid evaporation. I would highly recommend checking out http://weatherwar101.com/. The evidence he presents is pretty compelling. I cannot think of any natural phenomenon that would explain some of the satelite images and animations he presents of massive amounts of cloud forming from seemingly nowhere.

Global warming is real the weather has really changed . someone needs to tell trump climate change is real

sad for they i pray

It is almost impossible to accept that these catastrophes are being intentionally perpetrated, but it is becoming increasingly clear that geo-engineering as gone out of control.

This is awful...
i pray for those who was damaged

In Bangladesh,natural climate is very disgusting.

About 20thousand people lost there house for flood and cyclone in this year.nice post

thanks for sharing this post friend,you are true.In India we are also suffering from natural disaster..i hope it will end one day..nice observation..great post..

Ohh!! that's so sad!! hope everything will g back to the same way it was

It makes me sad to see so much destruction :/ The climate is changing and I am not sure whether we can do anything to prevent that process. Experts keep saying that it's us to blame that we pollute so much but if you look back in time, such dramatic climate changes have occured many times throughout the history.

We humans, are doing it wrong. Nature is nature.

This is unpredictable ,we can't say when nature will punish us . All are because we are not taking care about our planet and we abuse her resources as we are cuting the trees ,exploating to much underground resources and others ,all these are going to all natural disasters . Why can't us help the planet ? Just think we are 7 billions people in this world ,if everyone will plant 1 tree once a month or even once a year we will help the planet alot . I started planting trees when i was seven years old ,i was planting a tree once a month with my grandfather and now after 8 years ,now ,when i am 15 years old i'm still planting trees ,once a month and some times faster ,so why we can't take care of our planet ?

In Bangladesh,natural climate is very disgusting.

About 20thousand people lost there house for flood and cyclone in this year.nice post

It's frightening to see all these, @crazymumzysa. The end of this world is really near. @greatness96.

Weather can be extreme at times

looks like we will need to look for alternate ways of existence!