Is it really impossible?

For example many are not aware of the fact that before 1954 we thought it impossible to run a mile under 4 minutes, it was "common knowledge" that attempting to do so would make your heart explode. Today we know this of course to be completely untrue and as a matter of fact the world record is quite more impressive now. 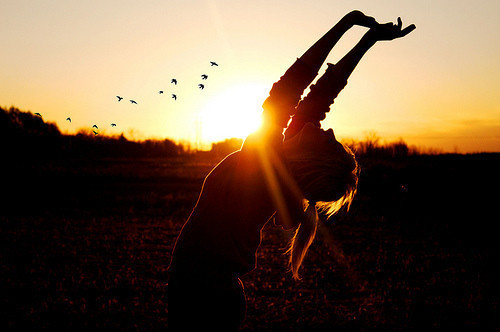 This is something to ponder, something that is worth thinking about because in our life we tend to think of tasks of challenges as impossibilities laid in front of us as if design to torture us.

Could it be an excuse?

We have to consider the possibility that it might be, not all the time of course, but when faced with the possibility of failure we seem contempt with adding that one self defeating label.

"If you deliberately plan on being less than you are capable of being, then I warn you that you'll be unhappy for the rest of your life"

Hope everyone is having a great friday...

Success to you all, my tribe of good intent.

life begins with a dream, don't give up on your dream

And passion is a great driver for action.

truth, all in this life its possible

u can up vote me

Hard works and dedications make the way very smooth, from where success can enter in your life.If we keep the key safely and carefully ,we can open the door .Thank you so much for your great post ,wish you a very great success.

Nothing in life comes easily... but what's important is you never give up. Never say never... 💋

If we believe, we can do it then everything is possible. We must believe our self.
Thank you so much for your inspirational word.

Start by doing what's necessary; then do what's possible; and suddenly you are doing the impossible.
BY Francis of Assisi

Congratulations @chbartist! You have completed some achievement on Steemit and have been rewarded with new badge(s) :

Your post got the highest payout on one day

Nice to meet you!

What you said is very true. We most time tell ourselves that task is impossible so we can evade the difficulties that may be associated with it, forgetting the reward ahead.

Success might be implausible - unlikely or improbable. But that's very different to say that it can never ever happen. For a long time I thought that completing my PhD was impossible. Then, I thought it was improbable. Then, despite all of this, I did it anyway!

That, and being flexible about how you measure success helps too. Not everything worth doing - either for yourself or others - can be measured purely in fame and fortune (but I would say that).

thank you so much. i love reading posts like this. it is inspiring and uplifting. i hope I could also do the same in my future posts.

We need to convince ourself that we can do it, never giving up while we fail. At the end we will amaze for everything we have achived. Believe is the firts key. Thanks @chbartist

Thank you for your inspirational message, I am so blessed. :)
Keep on motivating and inspiring!!!
Wishing you all the best in life, @chbartist!

You are one of the best speaker... You have a positive look in life. Wow.

I once heard that there's only one a very small difference between IMPOSSIBLE and I'M POSSIBLE.

I wish us all to be able to make this one small 'step' towards our success.

When you want something in life, nothing is impossible ..... the difficulty in achieving it is created by us with our limiting thoughts.

Thank you very much! I wish you success as well

What you think about something, that is important. If you think you can do it, you will surely able to do it sooner or later.

There is no limit unless you put it on your own. Thank you @chbartist for sharing this!

Everything was once seen as being impossible until someone made it possible because they believed in themselves and the cause. Never give up on what you believe in! How you think is important, success is not impacted it is developed.

I totally agree with you. We are beings of great potentials. When you start seeing yourself as such, you will accomplish great things.

Some of the new technology we use so easily now was considered science fiction many years ago. Nothing is impossible. You just have to learn and keep at it until you get it right. Most inventors failed many, many times before they got it right.

it may be nothing is impossible, try and ask the help of god, if that is your destiny

This is really nice

You are definitely right, everything is possible when you believe in yourself!

You got a 21.45% upvote from @postpromoter courtesy of @chbartist!

many are impossible, but today can be all possible

running one mile without any vehicle in 4 minute is impossible and that is our physical and mental barrier set up by god .if someone says i want to walk all over the place within 1 year which is impossible actually .sometimes logic need to prove the psychology.

The mind dominates the body. Everything is positive in all aspects of our life, and the rest comes by divine work. Greetings very motivational your post, I liked it a lot.

is it said many things for inspiration us, many many thanks

So true... It feels like a giantic task until you start doing it

Why should this unknown fascination of nature call me repeatedly, so that I can enjoy her beauty, fall under this shadow of the sun, under the shadow of the sun, as well as enhancing natural beauty, the same light rays in my mind

Everything is theoretically impossible, until it is done"

Don't waste your time. Take your live into your hands. Be strong and happy :)

yes you are right, we must be sure of ourselves

great inspiration post......
all things are possible until they they are proven impossible.

success depend on hard work.
we should hard work for our success.

Hi! I'm a bot, and this answer was posted automatically. Check this post out for more information.
$0.00
Reply
[-]
sonyhasan (25) 4 years ago (edited)

We should not give up our hope, because every mistake is not a mistake i think, it's a learning lesson.So we should work hard and make our dream truth.

never give up . Many hardships came into life but every thing is possible

Everything is possible if we prepare our mind to do so

I really appreciate your help because my level is still small @ulfa87,thank😊

This is incredible. So many people are dying in their 20s, and getting buried in their 60's, 70, and 80's. Thankfully I limited my limitations and started to live again! New to steemit, and enjoying it- thanks for writing!!

we see and walk our steps forward, not backward.

You always inspire me.

I want make possible it. continued wait for fourth part

You know... My partner and I are always talking about these types of things where we think nobody will think that deeply and the way as we do... but this post just said everything! - Thank you!

your post has mad my mi d collest..
your story was teach succes things..
it can make anyone improve on there life..😃☺

Just believe ... Is the 🔑 key know too much questions

i could not agree also

Definitely true. One of my favourite quotes was about this.
'What is now proved was once only imagined' ~ William Blake!

And on the subject of the 4-minute mile, RIP Roger Bannister! x

the success of an athlete is achieved with many years of work and dedication, for an athlete there is nothing more exciting than setting a record, but athletes are thinking differently who can achieve it

There should be a goal and a motive to walk through the journey of up and downs. I always see the beautiful world in my eyes while I work hard to my Goal. First I just want to learn so much from this world and share all in my life.

Really very nice post! We really have to convince in ourselves that we can do anything we want. That's the spirit that's the power we gain.

This is definitely true, and I'm a 100% living proof of this! @chbartist, I'm just a new member of the Steemit Family, and I was just browsing around when I come across this blog. Your post reminded me that nothing is really impossible if we have a big dream, just like what happened to me. You may view my intro-story if you have available time. Thanks for inspiring everyone.😊

The possibility of our dreams gives us the strength to always strive for success,the true measure of success is how many times we can bounce back from failure
https://steemit.com/success/@nanapaulson/failure-is-not-an-option

Really Lot of things know from.your post
if everyone follow or belive this kind of things we all do a better work &shine future.
Thanks for impress

Typically, the reason why most people think that things are impossible is because of their environment. If one is surrounded with negative people that doubt themselves and say "I can't", then, it is likely that one would think the same way. On the other hand, if one is surrounded by winners, people that accomplish goals, and people that prove others wrong, then it is likely that you will think everything is possible. I really enjoyed this article and keep up the good work!

I wish you the best, I really liked your publication gives us one more reason to achieve our dreams. Thank you so much for sharing it. I will wait for you to continue.