How to attract better results in your decisions!

Making a big decision in your life is never easy, knowing that many things can go wrong and you will not always get the desired result, today I tell you that there is a way to obtain rewarding results in making an important decision, and that Way is always having a positive attitude and focusing on the idea that everything will turn out well, this factor has proven to be one of the most influential ones when making decisions since your mentality and emotion at the time of making such decisions, will influence Directly in the result you will get. This is due to the great power of our mind, this is something underestimated today, our mind has an unlimited power able to attract all the welfare we want, the only requirement for this is to always maintain a positive attitude and being sure we will get The result we are looking for.

I will tell you about an experience that opened my eyes to these great teachings.

I was working in a place where I was hated by my boss, suffered verbal abuses constantly from him and the other employees of the establishment, many times for being the youngest I was assigned the most tedious and complicated tasks that no one else wanted to do, Such as moving heavy boxes filled with merchandise.

One day I found myself moving a box that contained heavy objects, it was difficult to me since I did not have the physical strength to move it quickly, while I took it from one end of the place to the other, one of the employees thought it would be funny to throw some oil Where I was walking. After he did it, I tripped and took a heavy blow in one area of ​​the back, my boss's reaction to this was to insult me and deduct a big amount of money from my next pay.

I wanted to stop working there, I could not stand the environment I was in everyday, but I could not leave because I did not have any experience for another job and I could not stop getting that small income because otherwise I would not have enough money to buy food.

A day when I left work, I was walking go home, a few blocks before arriving, i saw an old man struggling to carry bags that seemed too heavy for him, I decided to come and offer him my help, load his bags and took them to the entrance of the Building where the old man resided, I noticed that he was staring at me and did not say any word, I tried to say goodbye and when I turned around to go, he finally spoke and said "I know you want to have a better job, you do not tolerate That enviroment but you are afraid of not finding another job "I was impressed because I did not know that man, I asked him how he knew that, he did not answer me, then he said" Tonight take a leaf and describe in it the work in which you would want to be, in which you would feel comfortable and happy to work daily, after this, write that you order the universe to provide it because you deserve it ", then read it before bed and read it again when you get up, do this for 2 Days and you'll see what happens... I did not understand why he had said that to me, I did not know what to answer him and he just turned around and entered his building.

That night I was having dinner and suddenly I remember the old man and what happened in the afternoon, but I thought it was just nonsense what he had said, when I was lying down to sleep, I remembered again Of what happened, but this time I felt an inexplicable emotion, for some reason I felt the impulse to do what the old man had told me, I went to the room, took a sheet and wrote "I want a job that is related to music Or video games, I command the universe to provide it because I deserve it. " At the end of writing this, i felt a great emotion, and I felt that something good was coming, I read what I had written and after a while I lay down and fell asleep. 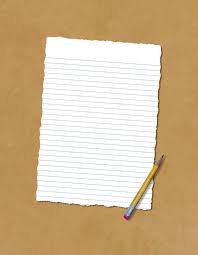 The next day i woke up and read the note I had written the day before, and for some reason I felt an inner happiness, ate my breakfast and then went to work as usual. That day nothing happened out of the ordinary, just the usual insults and annoyances on the part of my boss and co-workers. At the end of the day I went out to my house and when I arrived I prepared my dinner, I layed down to watch TV for a while, and then I saw the note I had written the day before, I was curious that it would happen the next day, i read it again before going to bed and this time I thought "tomorrow I will get a new job and I will feel a thousand times better" I felt a great emotion, as if I had already obtained that work that I wanted so badly, even though I had not applied for any.

I woke up the next day and read again the note I had written, this time felt even more real, after reading it I went to take my breakfast and went to work like any other day. When I arrived at my place of work I felt something different in me, I said "until today I work in this place" and on entering, I just told my boss "I quit" I turned around and left.

I found myself walking and instead of feeling scared by the decision I had suddenly made, I felt that same inexplicable emotion, I kept walking and decided to enter a mall that I never visited, to walk among the stores I noticed in the distance one that called my Attention, it was a small store of musical disks, I had never seen it before, i entered to take a look at the records that were beeing sold there and I thought "it would be great to work here, surrounded by records and listening to music all day", after a while I left the store and went to my house. The next day I was walking again in the same mall and decided to go back to the same record store, this time the owner was in the place, I had the impulse to talk to him and I just said "good afternoon, you will have some position available? I would like to work here "at first the owner was surprised and had given some grace to my request, but after a few seconds he said" well you seem to be a good and funny person, come tomorrow and I'll do an interview ".

I know that this was a rather long story, but it is something that demonstrates a lot of the power of the mind and faith that we put into the decisions we made, nowadays I read the note I wrote some time ago, and it seems fantastic to me the power that Has the mind and believing in what you do, today I find myself working in that record store, and not only that, to my surprise, we started selling video games, it was exactly what I had written on my page!

With this I finish my post beloved steemians, I know that it is something long but it will be worth, with this I say that you have full confidence and faith in the decisions you make, life is full of surprises and the universe provides infinite opportunities, have the mind Open and trust in what you do, and above all, always be positive, you will notice the drastic changes in the results you get, thank you very much.

Life´s goals have to be gotten in a positive ambient and mind. Best regards friend!!!

thanks a lot for your support! thats 100 percent true, with a positive mind there is nothing you cant achieve

Dear Brother!
Very Nice Article!
Upvoted for you
Im really expecting for your next post
Keep it up
And follow me!

thanks a lot for your support mate! will check your posts and follow you

Thanks a lot my friend, will do the same with yours, really thanks for your support

Hi @carl2311, this is a great story about the power of positivity. I am currently judging a contest on positivity, I wish this would have been one of the entries! If you'd like to participate next week here is some info it's not my contest but just a woman on here who I support! I think you'd be a great fit for her challenge! The need to spread positivity is growing in this day and age of ours! Thanks for sharing your story with us, I'm happy the old man was able to help you find a new outlook to provide you with this much better experience :) Have a great weekend!

awesome! thank you very much, i really apprettiate it, i'll for sure check it

Awesome post ! Goes to show how positivity and believing in yourself , plus following your intuition can change your life for the better ! Thanks for entering my #popcontest !! And in a few hours On Sunday morning a new Pop Contest 3 will start !! Hope you enter again , you will have all week until next Saturday ! Good luck ! Upped and resteemed👍😊👍😊👍

Thanks a lot for the support, will enter your contest again for sure :) hope this helps to spread some positivism and help people

Please check out my post about the law of attraction. It's written from a dietary perspective but makes perfect sense with what you have experienced. Your thoughts are so powerful! Wish everybody was already aware of this :-) Thanks for spreading your message. https://steemit.com/health/@bynaomi/think-yourself-thin-the-real-reason-you-re-not-losing-weight

Awesome, thats an interesting topic, will check it for sure, i was thinking about writing about the law of attraction, i've read books about it and it's a magnificent law and everybody can use it!

Good to see that other people are interested in this topic. Will give you a follow, looking forward to read those posts 👍