Homemade Chicken Coop On The Cheap! 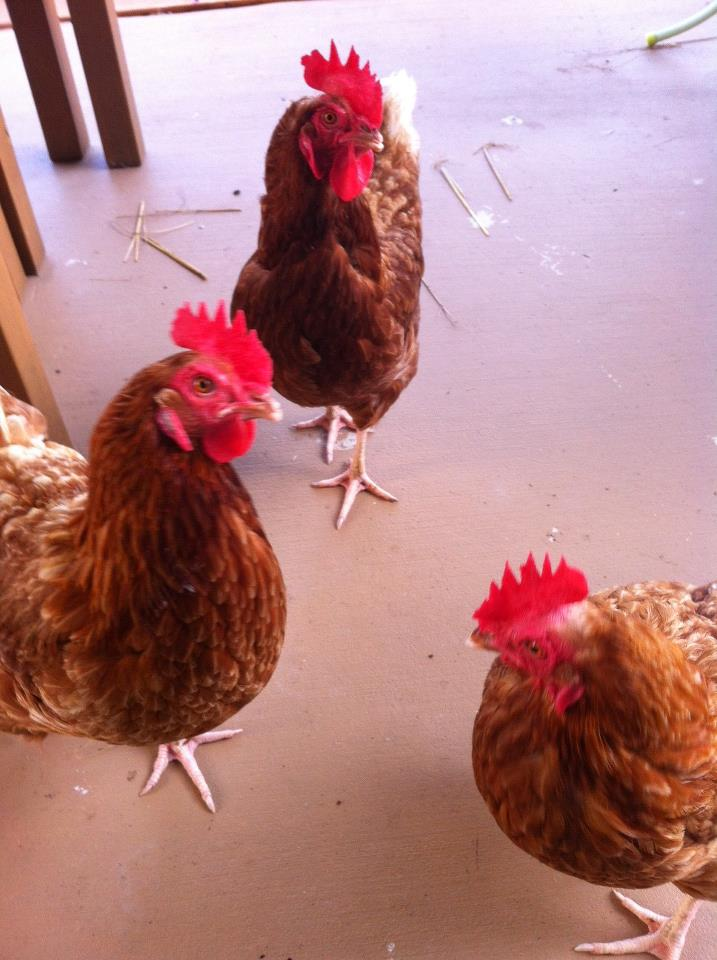 Who doesn't want chickens? :) But, though they are relatively simple animals to maintain, there are still many things to learn about them before embarking on such a mission. One of the primary questions that a person needs to answer up front is, "where will my chickens sleep at night?".

My family and I currently reside in a suburban neighborhood with a militant HOA that prohibits chickens. But did that stop us? You may have correctly guessed: no, it did not. Now, of course the adjacent neighbors cannot help but become aware of the birds' presence, so diplomacy is very important in this situation. In our case, we simply went to each of our neighbors with a dozen fresh eggs, let them know we were keeping chickens, gave them the eggs and with a smile said "don't tell on us!". And nobody ever did. The arrangement worked out perfectly.

It may also be obvious to you, but we did NOT have a rooster, only hens. Though I will say that even though hens don't crow all the time, they do have a couple of times a day when they just LOVE to get chatty and loud! When that happened, I would usually break the party up by throwing some bread or other food out to distract them from their conversation. We ended up keeping them for about five years right in our small back yard and never once had a problem from the neighbors or the HOA.

Now on to the topic at hand: the coop. I'm the kind of guy who likes to repurpose as much as possible. Why spend money on something when you have everything you need to build it yourself! So in looking around at my and my friend's house, I noticed he had an old doghouse he wasn't using. He gave it to me and I converted it into what turned out to be a wonderful chicken coop for the entire five years we had the girls. Through storms, freezing cold, blazing heat...it worked out perfectly in every case.

Requirements for the coop were that it be up off of the ground so predators couldn't easily get to them. For that, I used leftover 2x4s and built a stand that was almost 4 feet tall. To get them into the coop I built them a ramp out of leftover fence pickets that they could walk. I retrovitted the doghouse opening with a hinged door I made out of 3/4" plywood, and I put a little sliding lock on it so I could lock it from the outside at night. For ventilation and for easy access to what I THOUGHT would be the egg laying platform (they had other ideas on where to lay their eggs), I built a similar top hinged door on the back of the doghouse that I could open up on hot summer nights to let the air flow. 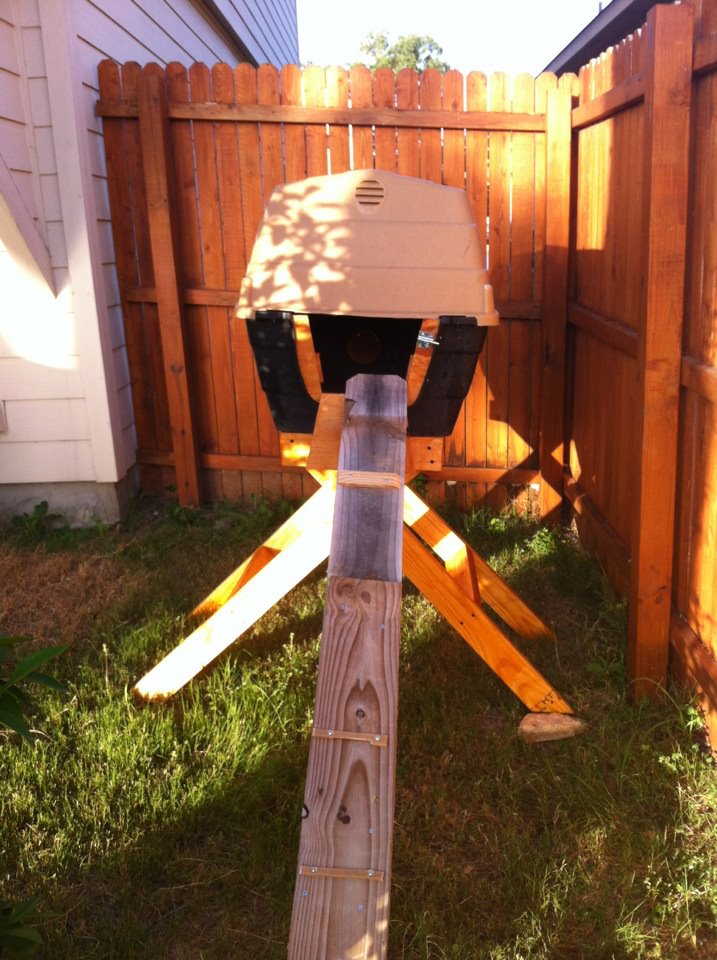 Inside the doghouse I constructed a wooden platform with a front ridge that took up a little less than half of the interior. It basically divided the back half of the doghouse into an upper and lower section. To provide them a roost (which they did use), I screwed a piece of bamboo width-wise across the doghouse, resting it on the lower half of the doghouse body, near the front door. And lastly, I cut an old thick front door mat to fit the floor of the doghouse and that became my insulated flooring. I used a thick bed of pressed straw to pad the whole place, including the upper back section. And that was home! Pictures say a thousand words, but if you still have any questions on the construction of this coop or my experiences with it, just leave me a comment and I'll answer as best I can!

I love this idea! We’ve got an old dog transporting container that I could probably convert into a coop!