THE INFAMOUS LEADERSHIP STORY NO ON TOLD US 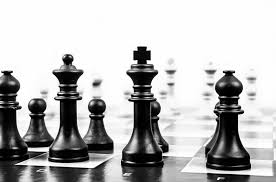 For many years, it was scientifically accepted that all material forms did not exceed the atomic level, that an atom of an element is the smallest indivisible part of what constituted every material form. But with the advent of quantum physics, we were able to see beyond our small indivisible atoms, we were able to see some things at the subatomic level called electrons and neutron. We have been able to see how infinitesimal changes, at a level which seem too small to matter, can affect the order, congruence, and state of affairs on the obvious and important level.

Whether it is in our neuro-biology, the creation of nuclear energy, at the genetic level, or even in a musical ensemble, the big changes or the beauty always has a strong root to the infamous voice(s) that goes almost unheard in the orchestra. Harmony we call it.

Whether you are the captain of your football team or the least and apparently the most, insignificant staff in your company’s chain of command, there is a need to not only understand that, though your place may be far from the spot light, your effort has an effect that would be best considered as a ripple, starting like a little bean-size impact in a pond, and spreading out to the open and to every part of the pond. Where ever you are, whatever it is you think you do, regardless of how unimportant you may see you responsibility, or humanity, you impact has the same level of effect as those you would consider the Captains of the football team, the global innovators, the million dollar rock stars, the fortune five hundred company CEO’s, or the great sages.
In his book leader without a title, Robin Sharma explained:

“Companies that are made up of clusters of leaders will actually accelerate their growth by speeding up their rate of innovation… they build better teams by investing in people while their rivals shrink training budgets, and pick up top talent as their industry peers lay people off.”

For those times we played “the couch potato role”, there was something relevant, we might have done that would have improved or at least, maintain to some degree the goodness in our life or the life of some other folk; hence, contributing positively to a node in the massive network of people and things that make up our humanity. Even while we sat their doing nothing, there must have been something relevant we might have been able to do. Some contribution we may have made to our social circle, workforce, or to our environment. The lack of that little contribution is usually the lack of some good to our team and eventually an exponential good to humanity.

Whether it is a football team, a company, or on a national level, studies of the most effective and productive groups have revealed a culture of great importance on those roles we usually call ‘small’, and a great degree of emphasis on team work. One might say “the devil is in the detail”, but you can as well say that– “the Angel is as well in the detail.”

Whatever your role is, the reason why you want to act like the leader of a group, the reason why you want to be accountable to whatever you perceive as your responsibility, the reason why you want to have a captain’s work ethic, the reason why you want to bring in your ‘A-game’, or the reason why you need to learn to assert yourself in your social circle, or learn those social skill that are peculiar to great leaders shouldn’t be until you make it to CEO, a manager, a foreman, or whatever leadership role that is remote to you. Rather, it should be because of the infamous fact that– on every level, no matter how small and insignificant, there seem to be a sublevel that is looking up to you to step up and take charge of something, it could be standing up to take charge of your diet, your work ethic, your somewhat infamous contribution on the job, your abuse on drug or whatever it is you think would make someone’s life or your life a little better than what it seems. And finally, that irrelevant impact, however unimportant it may seem, has a rippling effect in the overall well being of humanity and as collective leaders that we are, we all have individual leadership roles to play to help improve our lives, the lives of those around us, and the lives us those dear to our heart. This is the reason why every hand on the job ought to know how to lead and put in their A game.

If you are already playing a relevant role on some level, one way to really improve your performance as a leader is letting every member of your team see the importance and how much they of a leader they are in their respective positions.
Like its said of the butterfly effect theory, “if a butterfly flaps its wing at just the right time in New Mexico, it may take a long time, but that little effect is sufficient to cause a hurricane somewhere in China.

Congratulations @ahyke! You have completed some achievement on Steemit and have been rewarded with new badge(s) :