Why Do So Many People Live Near Active Volcanoes?

It may seem counterintuitive to live near a mountain that could rain ash and lava down on you and your family, but there are benefits, too. 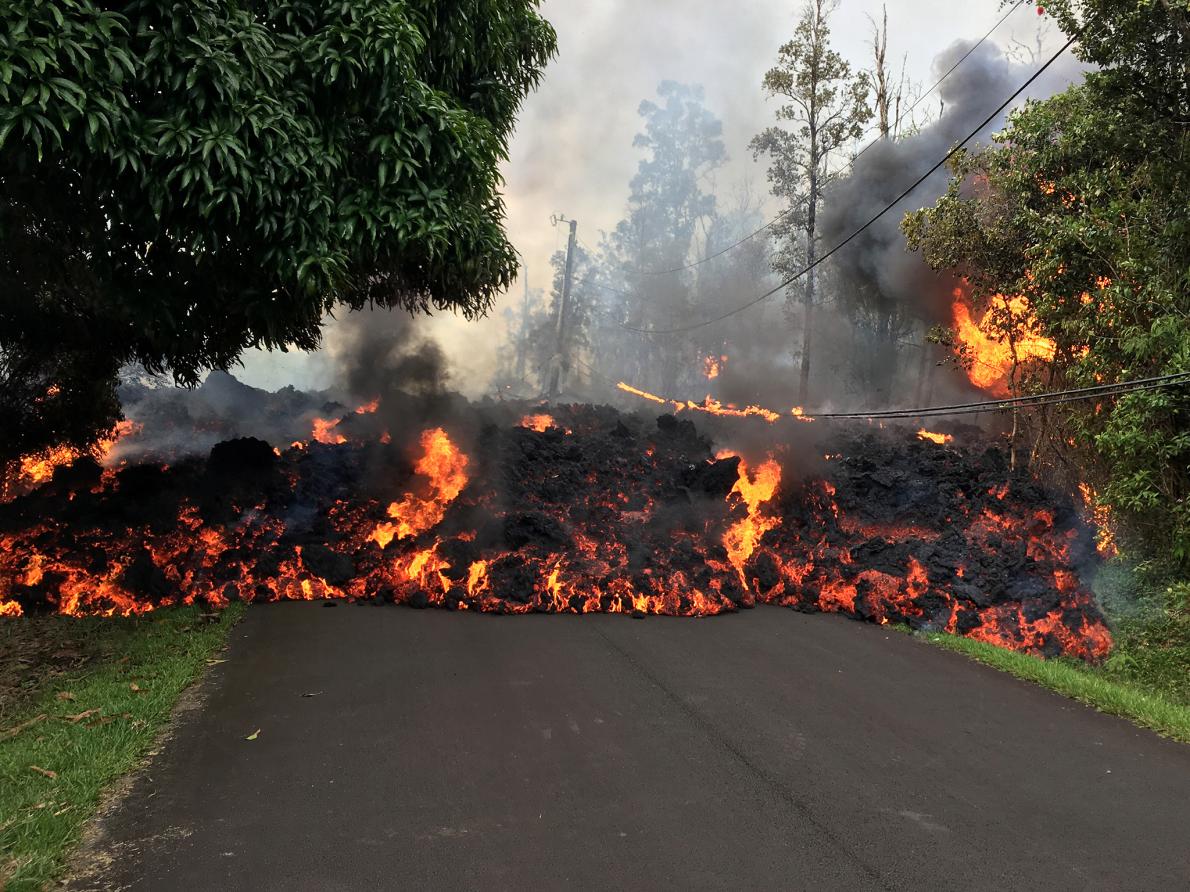 A lava flow moves on Makamae Street on the Big Island in Hawaii after the eruption of Mount Kilauea. The governor of Hawaii has declared a local state of emergency near the volcano.
PHOTOGRAPH BY U.S. GEOLOGICAL SURVEY, GETTY IMAGES

When the ground near Leilani Estates opened and began spilling out noxious fumes and lava from Mount Kilauea last week, residents of the neighborhood near the Hawaiian volcano fled.

The eruption displaced many people who are living near the most active volcano on Earth, which frequently erupts along its East Rift Zone. Lava from its eruptions often flows toward the ocean, but this time it headed inland.

Several hundred people have taken refuge at churches, shelters, and with other Hawaiian residents nearby as more cracks and vents in the ground opened in residential areas. A column of robust, reddish-brown ash plume rises into the air after an earthquake, following the eruption of Hawaii's Kilauea volcano. The volcano erupted on May 4, 2018, in the Leilani Estates subdivision near Pahoa, Hawaii.
PHOTOGRAPH BY U.S. GEOLOGICAL SURVEY, GETTY IMAGES

This begs the question: Why live near an active volcano when you may have to leave your home at a moment’s notice, moving through air filled with ash or toxic fumes that make it hard to breathe, because of an eruption?

For starters, many people depend on volcanoes for their survival. The geothermal energy of a volcano can power technological systems for nearby communities. Soil near active volcanoes is often rich in mineral deposits and provides excellent farming opportunities. Lots of people visit volcanoes each year, so jobs often pop up nearby in hotels, restaurants, gift shops, and as tour guides. And some people simply do not have the financial resources to move.

Then there are cultural and religious reasons. Jordan Sonner, a realtor living on the Big Island, has a home right outside of Leilani Estates, and rushed back to pick up important documents and her pets when she heard about the lava. She told the Washington Post that she wasn’t so afraid of losing her home.

“The way I kind of look at it is, the land doesn’t really belong to us. It belongs to Pele,” Sonner told the Post, referring to the Hawaiian volcano goddess. “We get to live on it while we can, and if she wants it back, she’ll take it. I have good insurance.”

Many residents of the area around Kilauea may also think it’s worth the risk, given the beauty, community, and remoteness of Hawaii. 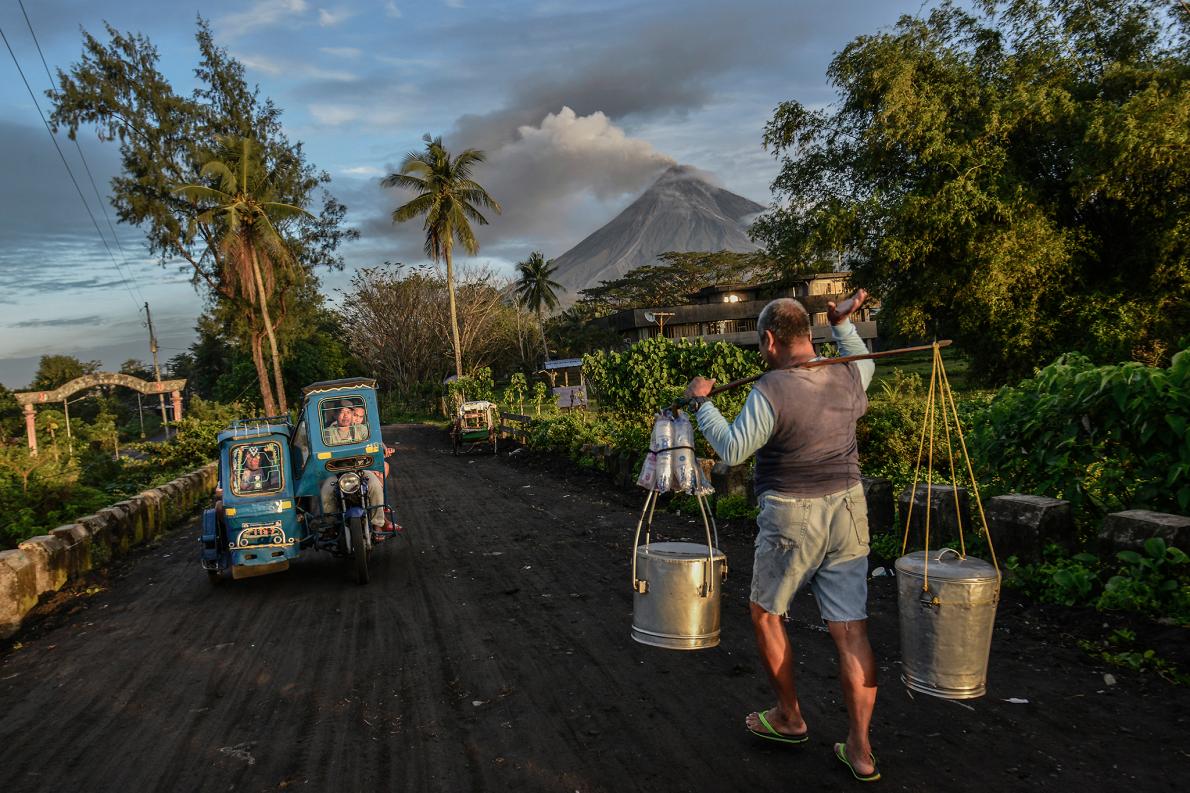 Residents go about daily life in Daraga, Albay province, as Mount Mayon has a mild eruption on January 25, 2018. Located in the eastern part of the Philippines, it is the country's most active volcano.
PHOTOGRAPH BY EZRA ACAYA, GETTY IMAGES

“We’ve been preparing for this, knowing that we bought in Lava Zone 1,” Stacy Welch, whose home in Leilani Estates may have been destroyed, told Time. “We’ll be fine. We’ll just rebuild.”

Volcanoes also tend to give notice that something is about to happen—Kilauea’s small earthquakes, increasing amounts of lava at the summit, and a change in the slope of the volcano all indicated in recent weeks that an eruption may happen soon. This isn’t necessarily the case in other parts of the world, where earthquakes, tornadoes, fires, and floods can spring up without warning.

The evacuation of nearby communities because of Kilauea’s eruption isn’t the only instance in recent months of people leaving their homes to get out of the path of an erupting volcano. When Mount Mayon in the Philippines began spewing ash into the air in January, tens of thousands of people needed to evacuate. Over 100,000 people in northeast Bali were evacuated in November when Indonesia’s Mount Agung began rumbling, and thousands of tourists also fled.