Pain, Kratom, and the State 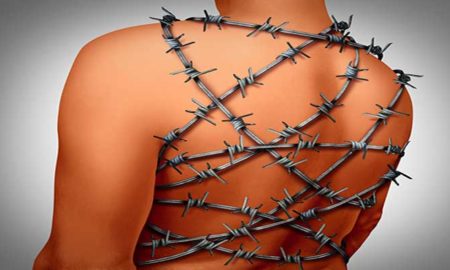 The government is interfering so much with paternalistic protectionism over our own bodies that it is forcing some people to be prisoners to conditions that could be ameliorated based upon their own cost/benefit analysis. Okay, that was a lot of words, what do I mean. I offer myself as a study. About twenty years ago I started having periodic severe lower back problems. I had not been in an accident nor suffered any other kind of injury, but the pain appeared nonetheless and was ruthless in its constant unrelenting presence for long stretches of time. Most people can take even greater levels of pain for short periods of time, but there is something wearing and soul-destroying about pain that Just. Won’t. Stop. Fortunately for me, it was periodic, but for the weeks or months that it was going on, life was not pleasant. The most innocent of movements could send me shrieking and crying. I was eventually diagnosed with spinal stenosis and resultant permanent nerve damage. When needed, the pain was managed by long-term use of Vicodin. I went on and off it as needed for about a decade or so. Perhaps I simply do not have the genetic component for addiction but that was never an issue whatsoever, and I had peace of mind that I would not have to fear a future of pain.

Enter the state with its rampaging campaign against opioids creating unknown victims of the chronic pain sufferers that now had to beg and plead and disrupt their lives to simply be granted the right (if it pleaseth the crown) to relieve their pain. It is my own business if I want to risk addiction, or liver damage, or shortened life span, or growing a tail, or whatever the side effects may be as long as I am not hurting anyone else. Thus began my years of fear. When would the pain return? What would I do? I had some short episodes that I had to deal with and thus began the time and money wasting ping pong between psychical therapy (didn’t help), acupuncture (didn’t help), chiropractic (didn’t help), cannabis (didn’t help), and back injections (helped but could only be done every so often, carried a huge deductible, and involved going under anesthesia). The last time I requested a prescription, I had to go to a special clinic, and… get this… pee in a cup to prove I wasn’t using marijuana … in Colorado. The utter insanity and roadblocks were maddening, dehumanizing, and tiring (and no, I don’t use).

About a year ago, I heard about Kratom from friends on the Internet. I was skeptical. After trying every single cannabis-related solution and feeling like the one person in the world for which weed was not the Miracle Cure for Everything ™, I didn’t want to get back on the merry-go-round of spending way too much money trying every possible variation of Kratom only to once again be disappointed. But finally I did try it, and it has been nothing short of a miracle for me. It relieves my pain when needed, and I know it will be there and does not negatively impact my very busy and productive life. But of course, the state wants to ruin this too, and my only thought is WHAT GIVES THEM THE RIGHT? I’m salty on behalf of myself and the thousands upon thousands of us who live in, or in fear of, chronic pain. It should be my choice what risks to accept, including addiction. While I have not experienced that downside, I repeat something I read in an old LP News about this very subject from another chronic sufferer: I would rather live with a monkey on my back rather than a dragon eating into my spine. And that should be my choice, and my choice alone. As it should be yours.

First of all I appreciate your post and let me say that I am sorry for th pain you are experiencing and have apparently for some time. My dad was in constant pain during the last part of his life and it was terrible.

Although I agree that the government is too heavy handed regarding regulation of some substances , marijuana and many other drugs are examples, I disagree strongly with just letting people take whatever they want and dealing with things no matter how they turn out. You must be aware of the current synthetic odiods and other substances that are ravaging the US and other parts of the world as well. if you let people take whatever they want, they will get addictions that they simply cannot let go of and there will also be many more unnecessary deaths. Additionally there will be a huge drain on society from the healthcare required by these people. I am not sure if you are aware of the cost and resources it takes to treat and care for these people. It is incredible. so to say just let it happen when these same people cannot fund their healthcare and recovery is irresponsible.

Instead what I think that you should do is to advocate for common sense changes in the law to allow substances like Kratom to be part of therapies. I currently live in Thailand and there is a Kratom problem here in the country. It is abused and is a drain on the country's resources. So there needs to be some regulation but is does seem to be a superior alternative to typical opiods. Again, if you want things to change, advocate. Or even better, do like I did because I did not like the way the Us handled so many things, move out of the country. It sounds drastic, but so does your current situation my dear. God bless you.

Hi David, I am a Libertarian so I think there is an inherent right of all people to choose what risks they take to their own body and to make those decisions free of state interference. People can choose to destroy their lives if they wish - but I submit many more lives are lost by the black market since substances are untested, no legal resource to the courts, and the violence in any black market.

No one should be forced to pay for anyone else's healthcare either and without state meddling there are charitable organizations that would arise.

I would advocate the therapeutic use as you say as an interim step but I fundamentally deny the right of the state to limit. I do advocate - I am currently on the Libertarian National Committee (the third largest political party in the US).

Thank you and God bless you too!

Thanks and I have libertarian leanings as well. But what do you say to the fact that people will be incapacitated from some of these drugs and need government care paid for by others to care for them? How does that not step on the liberty of others? Yes you have the right to kill yourself but do you also have the right to force other people to care for you because you took a huge risk in doing something that may have killed you but instead made you a vegetable for life? Or do we just let these people die because they did what they wanted and we should have no responsibility for them? Please let me know your thoughts.

That is the horns of a false dilemma. Why should you be allowed to eat things that might cost me money? Or skydive? Or any number of things. No should be forced to care for other people under ANY circumstance. That does not imply no responsibility - that is up to each person. But it does imply no coerced responsibility.

I think I understnd. So if someone willingly takes a drug and goes into a coma we should just let that person die. Is that what you are saying? What about people who are hit by an automobile and is not insured? Do we let that person die also? People who skydive must have insurance or the company sponsoring the skydive must be insured. These are real things that happen in the world. I am not trying to argue only to understand your point of view. Thanks.