Italian, the language of angels 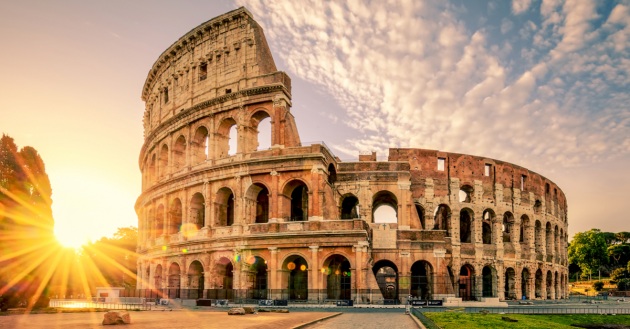 Italian, the language of angels for Thomas Mann, is the most romantic language in the world according to a survey conducted some 320 years ago by 320 linguists from the London company Today translations, which offers translations and interpreters in over 200 languages.

This is in itself a curious news and nothing more, but it helps us to consider a more general and noteworthy question. For foreigners, the Italian language is extremely attractive: it is not by chance that it is the fourth (or fifth) most studied language in the world. To understand what our language likes so much, just scroll through one of the many lists of reasons to learn Italian on the web.

For example, the list published by the University of Princeton says that Italian is sound and beautiful, and is the reference language for those who love art, music, architecture, opera, food ... many of the pleasant things in life, in short.

He says that Italian is the language closest to Latin, and that 60% of English vocabulary comes from Latin: so learning Italian also helps to speak English better. And remember that in the US universities enrollment in Italian language courses are growing.

The attractiveness of a language is not strictly proportional to the number of speakers. "Studying Italian is not like studying Urdu, the nineteenth most spoken language in the world (Italian is eighteenth)", says Dianne Hales, author of La bella lingua. With Italian "come into contact with history, art, religion, music, food, fashion, cinema, science - all that Western civilization has invented". It seems, however, that we Italians, who (more or less) we speak Italian forever, of all this little amounts. Moreover, a characteristic feature of national behavior consists in systematically underestimating what is beautiful and desirable belongs to us, from landscape to art to lifestyle, from creativity to enterprising, to language, in fact, renouncing to valorize it in an appropriate manner. . Renouncing, then, to practice the indispensable maintenance works, both tangible and intangible. And renouncing even to be, rightly, proud.

The fact is that the attractiveness of a language is an important factor of soft power. The English-speaking countries have known it since the days of the cold war. China knows that it is making great efforts to spread the Chinese study. And the soft power thing is anything but trivial.

For now, Soft Power does not have an accredited translation. On the net I found "soft power", "light power", "peaceful power" and even "soft power". Here I choose to use "soft power" in alternation with the much more widespread English term.

The concept of soft power was formulated in the late eighties by Joseph Nye, a political scientist and professor at Harvard. In a brilliant Ted conference, Nye defines power as "nothing but the ability to influence others to achieve the desired results".

You can exercise power, Nye says, in three ways: with the stick, that is, threatening and using force. With carrots, ie using money. But there is a third way: to convince others to spontaneously desire to do what we want them to do. And this is soft power: pure seductive capacity. If the hard power of the force moves people to jostling, the soft power attracts it and arouses its consent.

Basically, the concept of soft power makes us understand that seduction is as powerful as coercion or money. And perhaps even more powerful, because it is more subtle and permanent. Nye adds that using the soft power results in "saving both sticks and carrots".
Since soft power is made up of reputation and desirability, a nation can exercise it effectively even without being a major economic or military power. There is an international ranking of soft power: in 2016 Italy is eleventh, ahead of Spain and after the Netherlands, and is gaining positions.

Promoting the Italian language (and perhaps starting to treat it better, even at home) can help us to have prestige in the world and to increase our soft power. And let's face it: for Italy, promoting Italian, already so desirable in itself, is much easier than it is for Pakistan to promote Urdu. Or for China to promote Chinese.

But not only that: promoting Italian can help our companies to spread and defend their products abroad, positioning them in the high-end segment just by being authentically Italian. Promoting Italian (and using it for product names, for advertising, for brands ...) also helps to counteract the deteriorating phenomenon of Italian sounding: products made abroad, which are dressed in Italian just "speaking" Italian . It's a joke worth 60 billion euros and 300 thousand jobs.

Perception is (also) a cognitive fact, and not only sensory.