steve-d (38)in #landscapephotography • 3 years ago

One of my favourite hikes in the UK is the Yorkshire Three Peaks which consists of Whernside 736 m (the highest in the Yorkshire Dales), Ingleborough 723 m (probably the most popular) and Pen-y-ghent 694 m (the most technical). The hike normally takes between 10 to 12 hours (though the record is 2 and a half!) and covers approx. 26 miles. If you don't have the time then you can just do two of the peaks, Whernside and Ingleborough together is a popular hike in itself though Pen-y-ghent and Ingleborough together is an option. In all cases I normally start at the Ribblehead viaduct which normally breaks up the stretch between Pen-y-ghent and Whernside, in both cases of just doing two peaks, I end at Ingleborough and descend via Park Fell back to the viaduct. Below are a two sets of photos from these two smaller walks. The weather wasn't great on the first set but there were some shots worth sharing- 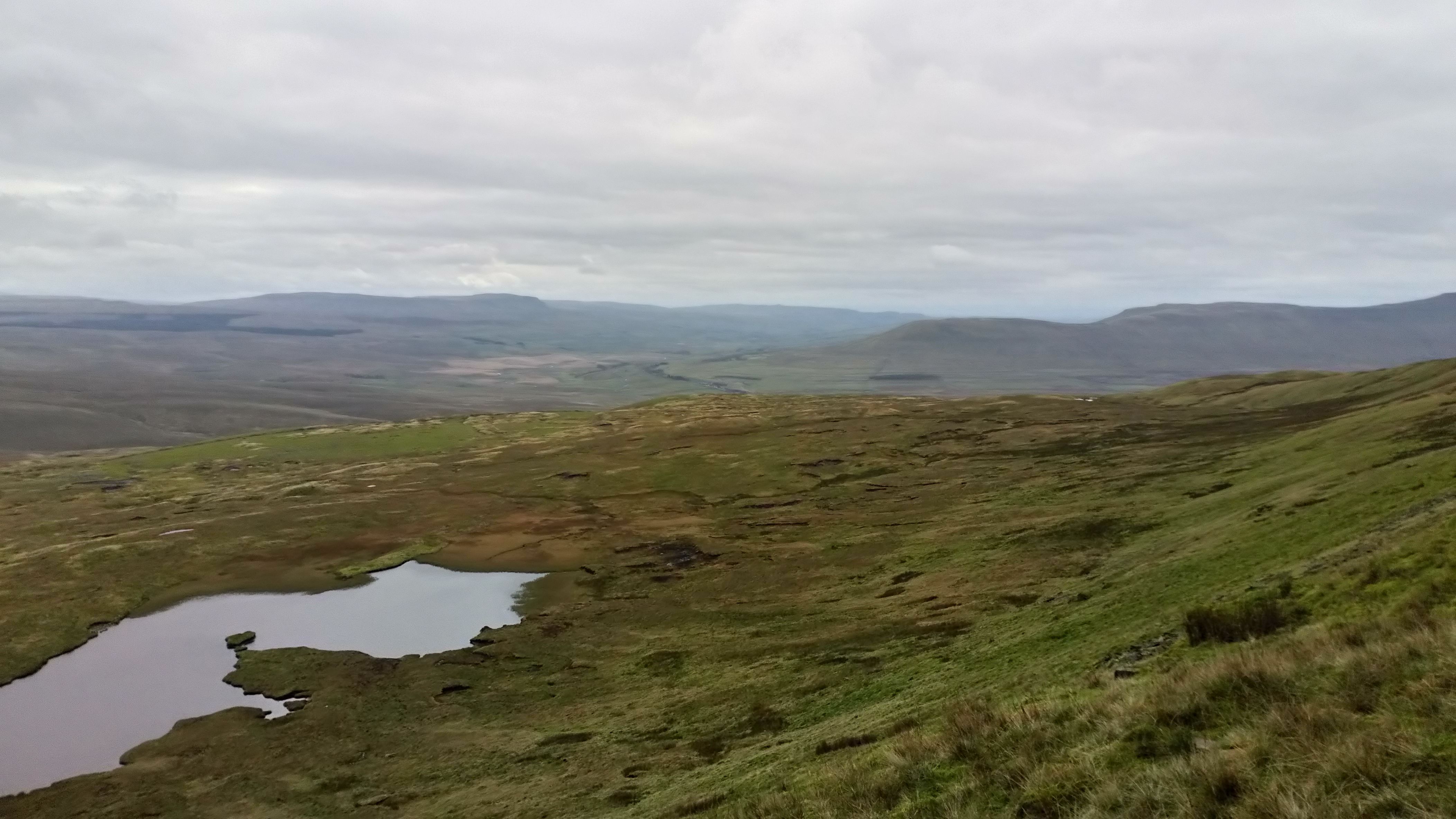 On Whernside looking towards Ingleborough 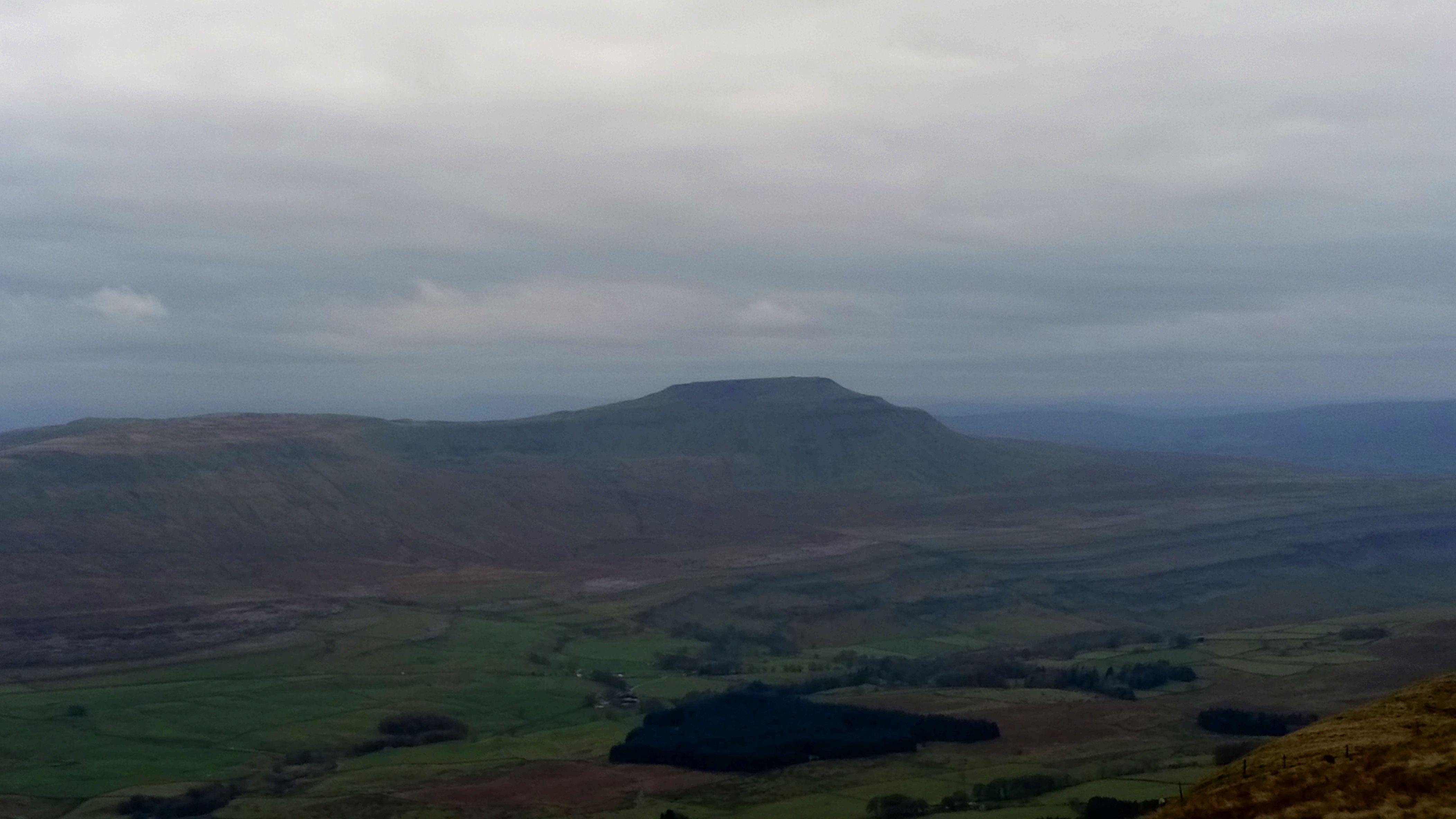 Zoom in on Ingleborough Looking back at Whernside 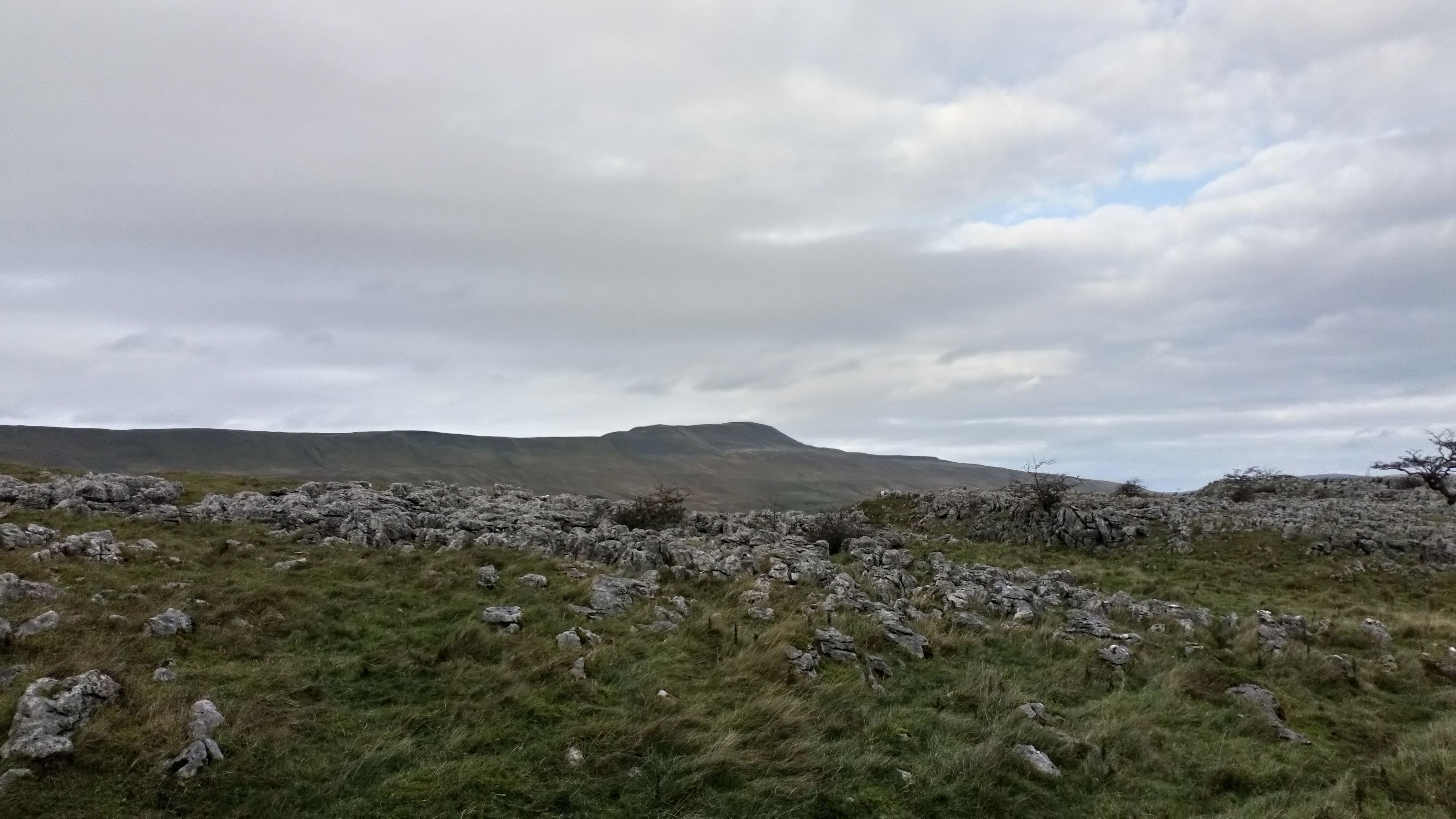 Looking back at Whernside from the Southscales Pavement near Ingleborough Zoom in on Whernside 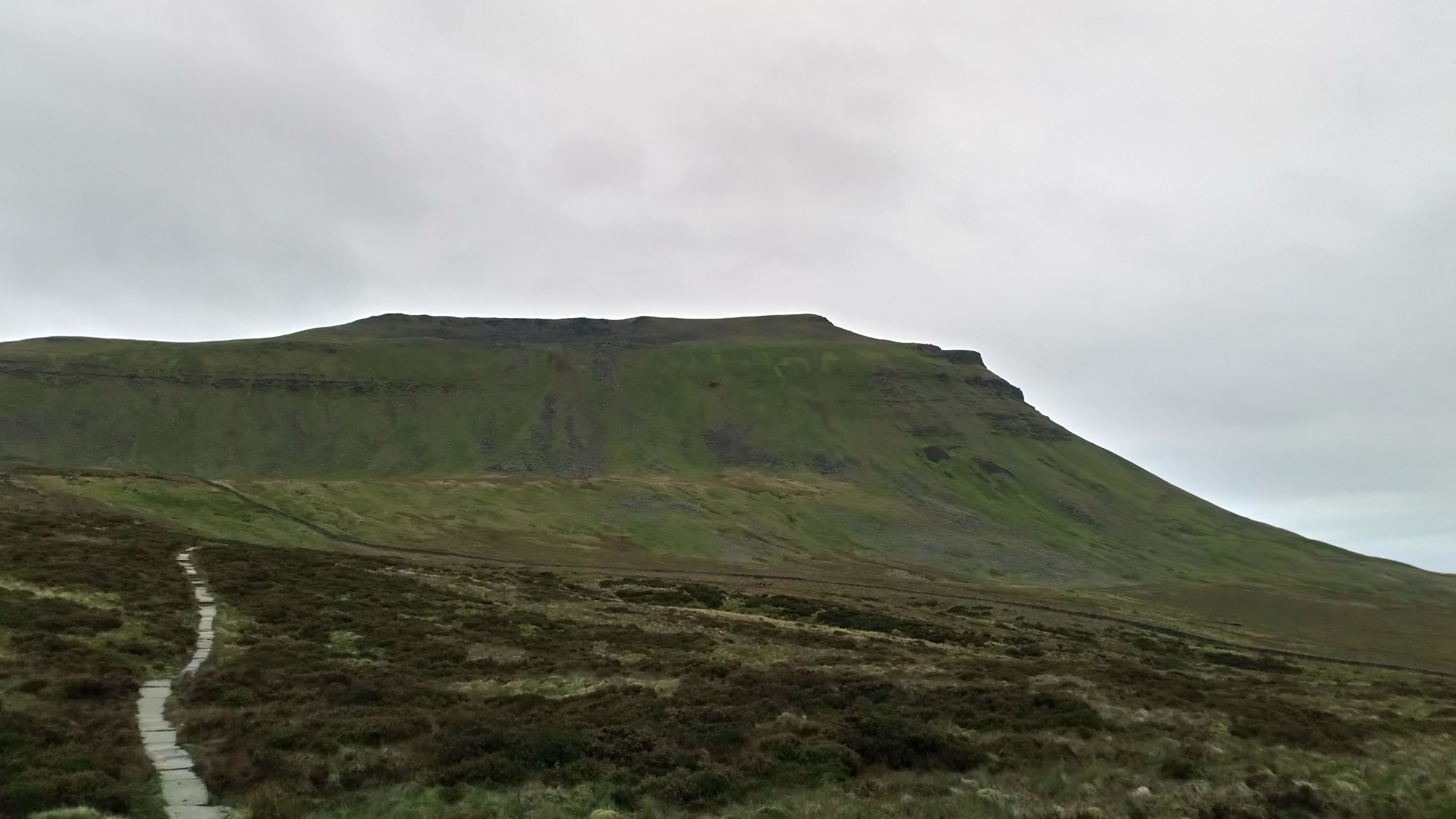 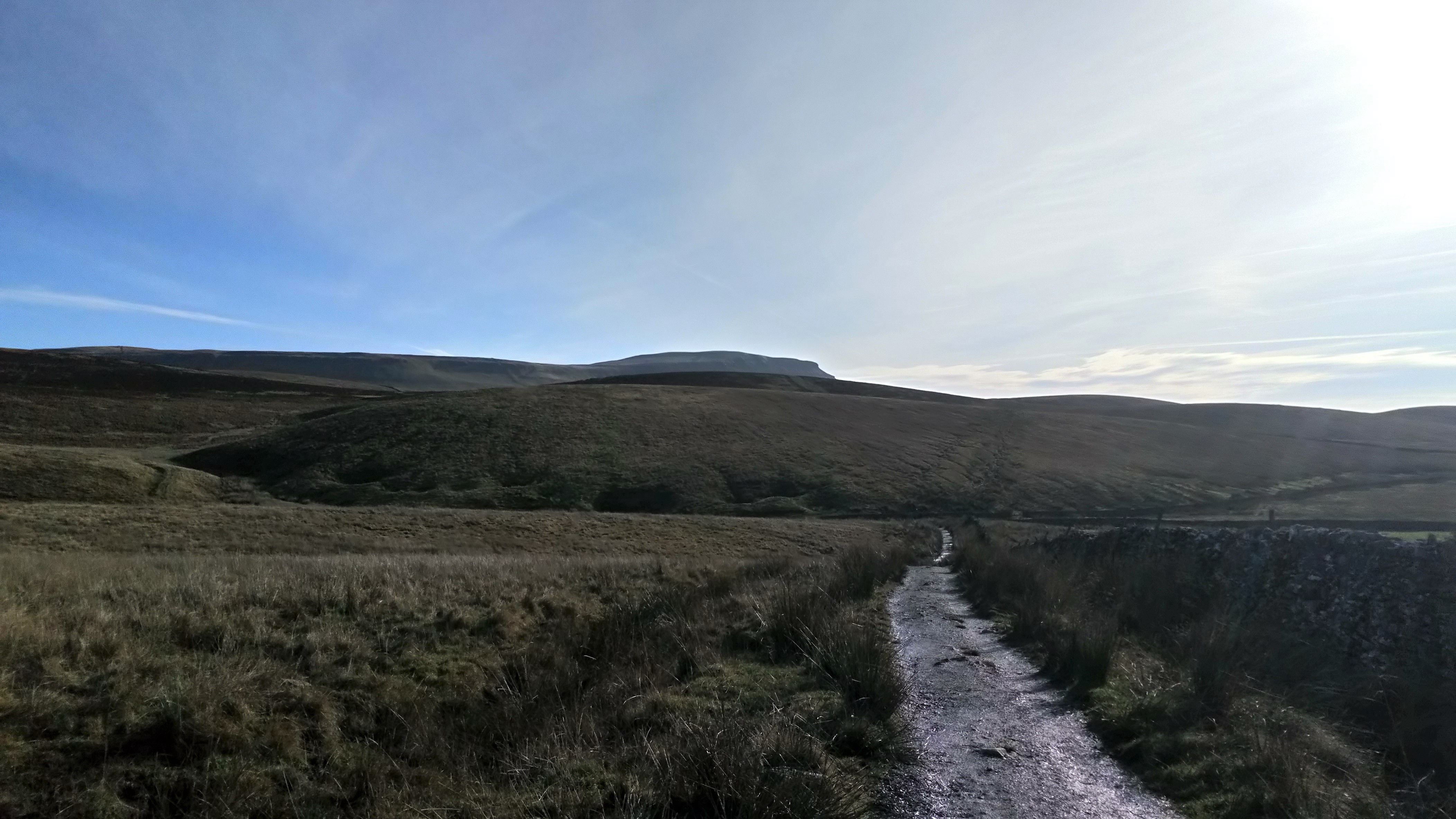 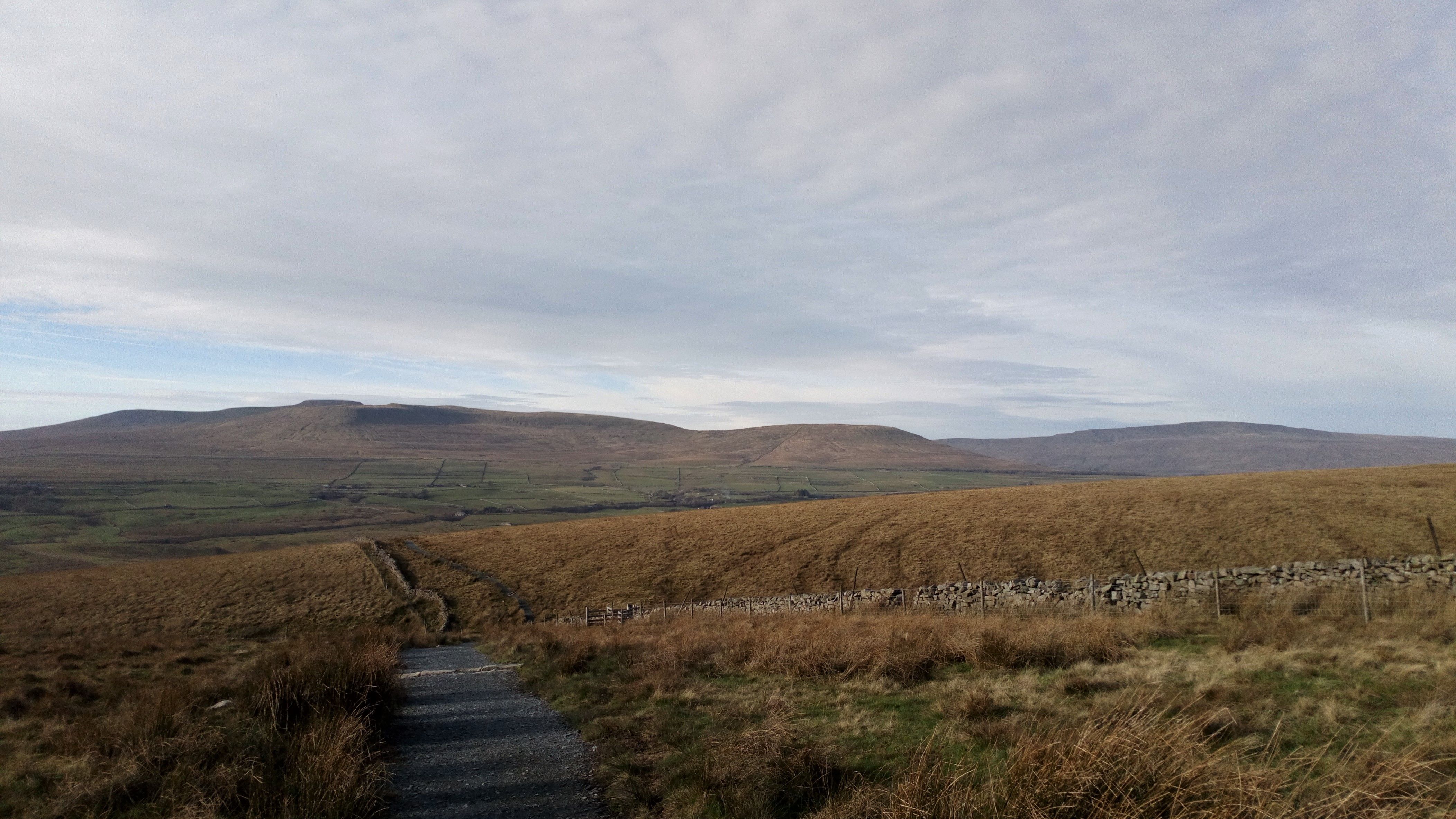 Looking back towards Ingleborough Ascending Ingleborough, looking back, Pen-y-ghent to the left (mostly hidden)