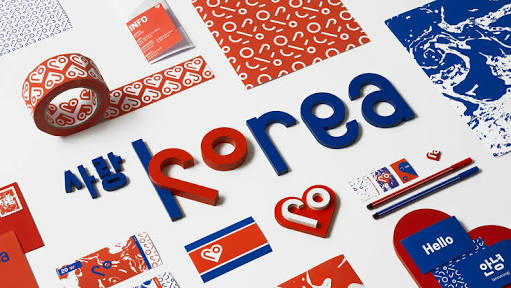 Because AirAsia opened a new flight last August with a destination to Seoul, my traveling soul trembled greatly on the spot and I successfully booked a KL-Incheon ticket for Rp 750,000 for early December 2010. Like a dream it feels like Korea because practically my knowledge about Korea during this big zero, aka do not know anything what. I'm not a Korean drama fan either, so I'm not familiar with his language, his culture, his food, etc. So every night I spend free time to survey and browse on the internet for 3 months so before leaving I feel already know this country 90%.

After I arrived there, amazed because it turns out almost all the signs and directions in Indonesia accompanied by a clear English, even in the public bus is available in English, Japanese and Mandarin for every stop that will be passed so we do not have to afraid of excessive. In essence, I have absolutely no obstacles when traveling wherever there, I just use the subway and public buses and walking of course. Never have I been disoriented or lost, asked directions to local people not because many Koreans do not speak English.

The first obstacle I encountered was when I was going to eat. The first time I entered the nearest small restaurant and started ordering food, confused also saw the curly arrangement of letters. The diet menu there are photos of the food is worth trying. Then I point to the point-only point to the menu that looks like bulgogi. After spending a large piece of bulgogi, it tasted pretty good too. But right now I am kimchi among some of the provided condiments, I immediately decide if I am not fun. It feels very stinging like vinegar with a strange spicy flavor plus a bit of rancidity. I myself have never liked a food that smells too stingy. But surprisingly the Koreans can not eat without being accompanied by kimchi, In fact they can eat it just like a snack. Funny because the hobby of eating this kimchi apparently for their bodies emit a 'typical' stinging smell like kimchi smell. Every time I enter the overcrowded underground train, I always hold my breath from the unpleasant body odor is very thick room. Their fashionable appearance, a body that is proportionate to a handsome or beautiful face is instantly meaningless because of the body odor. Hehehe.. The next morning after I went into another restaurant and tried the menu which was like noodle soup. From the picture is good but what are you waiting for at that kok kok smell that strange smell that? And after I tasted it tasted like eating kimchi. I do not know what flavor is in it. That certainly tastes not fresh like noodle sauce in general, but again like the fermentation taste sting and unpleasant, until I no lust again thanks. Surprisingly since then all the food that I eat feels like it depends on different types. Unable to bear it, finally on the third day I choose to eat at McD and Burger King is a little sick because eating a little. Apparently Chinese Resto is hard to find in Korea, which is a lot of Japanese Resto. I am indeed a big fan of sushi, but because the price is quite expensive there, I choose fast food just from running out of money. Another alternative food is street food that is quite easy to find on the roadside at night. The price is about 16 thousand if dirupiahkan and the content of sausages, fish or chicken fried, but this time without any sauce or spices. Is not it good, but cook I have to eat street food all night? Hiks.

Besides Seoul, I went to Jeju which is famous for its natural beauty. Apparently it is my right decision because in addition to already bored with the frenetic atmosphere of the metropolis, the nature of Jeju Island is exotic and beautiful because it is a volcanic island .. Medium winter, in Jeju still found many green trees among the grass that has been brown dry up. Seeing rocky beaches, verdant hills and blue sky directly for me fell in love with this island. Plus the people there are relatively cheap, but the city bus and inter-city and taxis can be cheap, Jeju easy to explore. For a moment it occurred to me that maybe I could finally eat well here. But apparently luck has not been on my side because there was no fast food sajirestoran, inevitably I have to go back to the Korean menu that again. There is a fried fish flour mixed with tomato sauce is wet with kimchi flavor in it. I think this way, if the fried fish did not need to be smeared with any spices and sauces may taste better. Because for me personally better feel bland there is a sour taste that sting.

Two weeks later after returning to Indonesia, I was able to see impressions on BBC Knowledge about Korean Cuisine. There explains that Korean Food is well known and kimchi is good for health. But when shown some chef candidates in France who do not like kimchi when first tried to try and in Germany was kimchi made with flavors tailored to the tongue of Europe, rest assured if my tongue is not wrong. Maybe I am (unlucky) always wrong chose the restaurant and never ask advice to the local people due to time constraints. But I'm sure if actually that I experienced it is one form of culture shock. Before leaving for Korea, my whole life had only three bulgogi meals and I was never familiar with kimchi. So yah legit if my tongue immediately shocked with a sense of foreign (let alone quite sting) it. Apparently I've been lost in Korea, but I'm lost in 'the food.

Milka Yeanne domiciled in Cepu is a self-employed traveling maniac. Starting from the frequent I get a bonus tour abroad and domestically from work but eventually get bored too so start your own way also since three years ago. Unfortunately can not be long enough.

This post has received a 2.40 % upvote from @booster thanks to: @dinasapitri.