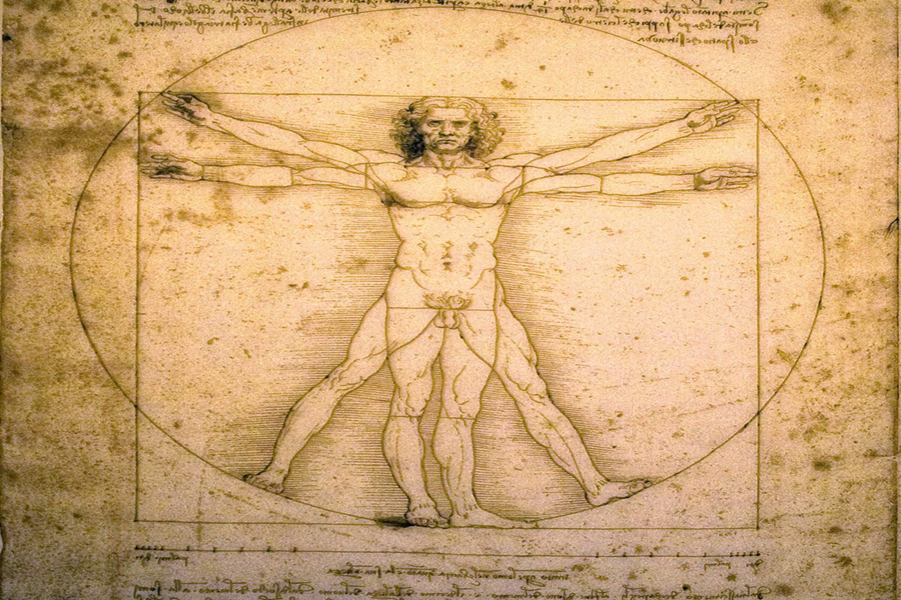 Let’s start our search with something familiar, something rooted in facts rather than fiction – Egypt. There are many architectural wonders in this area but I’d live to zero in the topic to the great Sphinx. It is the most enigmatic figure on earth. It’s “The Monalisa x 1,000”. After thousands of years, archaeologists and scientists still have not reached a consensus on how old this structure really is among other things.

If you google “how old is the Sphinx in Egypt”, you’ll get the following answer:

The most common wisdom holds that the monolith is around 4,500 years old, and was built for Khafre, a pharaoh of Egypt's Fourth Dynasty who lived circa 2603-2578 B.C. His pyramid is the second tallest of the pyramids built at Giza, next to his father Khufu's Great Pyramid.

This is the widely “accepted fact” right now but new studies using more advanced technology are proving that this date is wrong. An archaeologist who was studying the Sphinx once approached a geologist friend who specializes in the study of erosion and gave him a picture that looks like this:

After looking at the picture, he concluded without any doubt that the pattern was caused by water erosion. He was then showed the full-size picture of the structure (shown below) and his first reaction was: “Oh my God. Please don’t disclose my name as I don’t want to be a part of this debate.” Of course, we know who fragile and political this debate is – powerful enough to lose our reputation, your job, even your life. 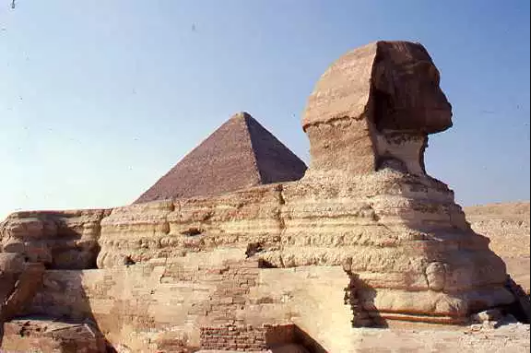 Now, why is this significant?

We know that Egypt has a desert-like climate with very little amount of rain every year. This has been the weather there for thousands of years. But not always. Using the accumulated knowledge from different disciplines including archaeology, geology, masonry etc., we are able to simulate and even calculate back in time to see what the weather like in any part of the world at different time frames in the past. Using this knowledge, scientists calculated that the area where Egypt is located once enjoyed high precipitation 12,000 years ago which is around 10,000 BC. What this means is that the Sphinx is at least 13,000 years old (assuming it was completed in the year 13,000 BC and rain hammered it for 1,000 years before the last ice age ended). You can also see how conservative this “new” age of the Sphinx is.

A story goes that after this “fluvial” erosion theory was explained to the Egyptian authorities, they refused to listen to the evidence and immediately closed all archaeological studies being done at the site and enclosed the Sphinx with a fence. Although not widely known, the main reason for such denial is the religious belief predominant in the country. You see, in the holy book of Quran, the widely accepted interpretation is that civilization started in around 5,000 BC. So any theory claiming that great architectures like the Sphinx was made before that time will surely be rejected outright.

What’s amazing about this time is that the Sphinx and the 3 pyramids were the exact replica of the leo constellation on earth at around 10,000 BC. We know that there is an alternative theory that the original head of the Sphinx is a lion which was later replaced into a head of a Pharoah. The constellation of LEO

The Hall of Records…the search is on

They then led the historian into a long passageway which ultimately led into a great chamber, so magnificent that the first thing the historian said is that this can’t be manmade.

This record was supposed to have been sealed up by a pre-Egyptian civilization way back in 10,500 BC, because that’s the last time that the Leo constellation lined up with the area between the Sphinx’s paws.

Robert M Schoch is a professor at Boston University and he is credited for putting forth a fascinating theory. Based on his research on how they have weathered and aged, he claims that many ancient structures are actually the products of much older civilizations than originally thought, ones that even shared some type of contact with one another. And among those structures are the pyramids of Egypt and South America and, of course, the Giant Sphinx of Giza.

As part of the research into his claims, Schoch and others used ground-penetrating radar around the Sphinx, and claim to have found a number of open spaces underneath the Sphinx including a hallway that leads to a chamber far below the surface. Could this be the place of the Hall of Records?

In conclusion, if our history extends beyond 5,000 BC as presently believe, this opens the door to explore many of the stories that we know as myths. Among my favorites is the Epic of Gilgamesh, a Sumerian king who was 18 feet tall and ruled Sumeria for over one hundred years.

The greatest impediment to evolving knowledge is our desire to chauvinly cling to old theories and ideas that no longer can be supported. Thank you for the Genesis 6:4 reference. Very interesting.

that is yet to be proven even in your post about the age of the Sphinx ...

carbon dating is not reliable and not real science, IMHO ...