The Swedish Swamp Creatures That Tried to Eat WikiLeaks 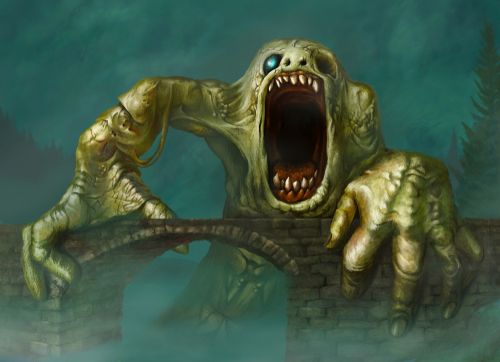 The long arm of Swedish justice moved quickly this week to arrange an interview with Falcon Funds fraud suspect Emil Amir Ingmanson. The interview will be conducted by the Swedish prosecutor in Britain, as this is “the easy way” to move the case forward.

This is the same Swedish justice system that couldn’t possibly arrange to interview Julian Assange in Britain in relation to accusations against him.

It’s amazing how these things work and no one ever questions the how and why.

Coincidences, happenstance, curious serendipities and odd contradictions are the norms these days. I think we’re meant to be too stupid to notice.

Sweden seems a particularly odd place – a place where many “coincidences” happen and they always seem to favour one particular group.

Sweden is sufficiently far enough off my day to day radar that I rarely think of it. When I do, its Abba, Volvo or Saab -nothing else comes to mind. I have thought it to be a harmless place – democratic, neutral and free, espousing all those iconic European concepts that evoke images of butterflies and unicorns.

However, when I started to poke around beneath Sweden’s glossy brochure I found the usual malignant cancerous growths happily feeding on the system and arranging things the way they like them to be.

Much like my own country, Sweden has allowed itself to be prostituted to the powers that shouldn’t be and its citizens remain oblivious to the liberties that have been taken with its sovereignty and democracy.

Consider the curious entanglements between Sweden and that ever present black hole of corruption – the Clinton Foundation.

• According to Professor Dr med Marcello Ferrada de Noli, chairman of Swedish Doctors for Human Rights and Editor-in-Chief of The Indicter Swedish telecommunications giant Ericsson paid Bill Clinton $750000 for one speech. Coincidentally shortly thereafter Ericsson was excluded from a list of companies banned from doing business with Iran which was fortunate considering Ericsson were negotiating telecommunications contracts in Iran at the time. Just a coincidence, I guess.
• At the same time, the Clinton Foundation’s Swedish arm – the William J. Clinton Foundation Insamlingsstiftelse received donations of $26 million, a major contributor of those funds was a Government owned national lottery service. No Swedish companies were included in United States trading sanctions against Iran. Just another coincidence.
• The Lundin Oil company is another major contributor to the Clinton Foundation. Coincidentally, the Swedish Minister for Foreign Affairs between October 2006 and October 2014, Carl Bildt, had sat on Lundin’s board from 2000-2006.

Furthermore, editor in chief of Swedish on line publication The Indicter claims that Sweden is a devotee and adherent to what he calls the Clinton Doctrine. The term he uses to describe the strategy deployed by Hillary Clinton towards the replacement of secular governments by fundamentalist Islamic dictatorships.

Suffice to say that Sweden has for all intents and purposes subjugated it’s sovereignty to a foreign power.

The same foreign power, which urged its allies to assist it in bringing criminal charges against WikiLeaks founder Julian Assange.

So, we have a corrupted, ostensibly “neutral” Swedish government that is in the pocket of the United States State Department that wants to neutralize the threat that WikiLeaks pose.

The stage was set for a series of disturbing coincidences.

On August 20 2010, Swedish police opened an investigation into Julian Assange for rape. Some 4 days later, Stockholm’s chief prosecutor dismissed the case, stating that “There is no suspicion of any crime whatsoever.”

Enter controversial political figure and media whore Claes Borgstrom who appealed the case and engaged a prosecutor with close political ties to him, Marianne Ny.

Ny re-opened the case on the same day as the head of MUST, Sweden’s military intelligence agency attacked Assange in an article that suggested WikiLeaks was putting Swedish troops in Afghanistan at risk.

In actions that were eerily similar to what would happen in Assange’s native country two months later, the Swedish Prime Minister and Swedish Foreign Minister publicly savaged Assange although he had not been charged with any crime.

Assange did not run. He waited and after five weeks of being kept in limbo, was allowed to leave the country. Shortly after Assange left Sweden, Ny issued a European arrest warrant and an Interpol alert usually reserved for terrorists.

I still don’t get that. Assange was allowed to leave Sweden. Then they issued an arrest warrant. Go figure.

The farce continued in London with Assange being held in solitary detention for 10 days and then being placed on a 340,000 pound bail.

Assange has always offered to assist authorities, but they do not want assistance, they want him to waste away with the slur of rapist hanging over his head.

Sweden has played its part in this Machiavellian game of torture by smear, isolation and denial of natural justice. So too has Britain and Assange’s shameful birth nation.

It is, however, Sweden and its corrupt core of politicians and bureaucrats that can be seen as the principal Judas, willing to do its master’s dirty work at a moments notice.

The swamp is deep indeed in Sweden and the creatures within it particularly loathsome.

Wow. I didn't even know Sweden was connected to the Clintons. How come every smear, lie and dirty trick seems to trace right back to them?

Things are seriously amiss in the governance of Sweden. This article is a useful summary of the dumpster fire that has become everyday reality there.