Daily Jokes from SydesJokes for 3 Jan 2018 The trouble with current times is that the future is not what it used to be.

Two old ladies were sitting on a park bench complaining about their husbands. "My husband's losing his mind," one lady said. "Last week he went out and spent $400 for a waterbed."

"That sounds exciting," the other lady said.

"Exciting, hell," the first old lady said. "The way my husband's thing has been reacting the last few years, that waterbed might as well be the Dead Sea."

Q: What is a pirate's favourite letter?
A: R(Arrrrrggggh)

Mary: So this really drunk, obnoxious guy kept bothering me at the party last weekend.

Mary: Well, he cornered me, pulled his thing out of his pants, and asked me, "Do you want to suck it?"

Jill: Ohmigod! What did you do?

Mary: Well, I think I handled it pretty well. I just said, "No, you Go ahead. You don't have enough to share."

Little Johnny went to his first school dance. He didn't know if he would ever get up the nerve to ask a girl out to dance.

As the night went on everybody was dancing except Little Johnny. He just sat in the corner looking at everyone having fun.

Finally as the last song started to play Little Johnny spotted two very cute girls across the room sitting at their table. He walked over and asked one if she would like to dance. She looked him up and down and said "I am sorry but I am very particular with whom I dance with."

Little Johnny being the smart boy that he is, replied, "You can dam will see that I am not."

Q: Why did the cow jump over the moon?
A: Because the farmer had cold hands.

Conquer yourself rather than the world. - Descartes These were all very good!

Number #1 just hits the spot. I think it's important that we don't give power to these negative voices and instead, do what we just ought to do. Thanks for sharing some positivity on this platform @sydesjokes. 👍😆 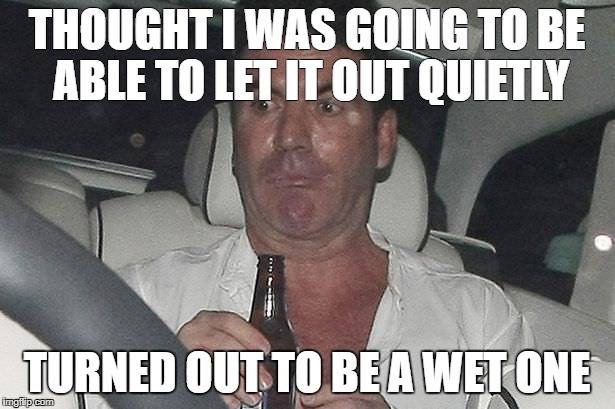 I love joke 3, you are a prof in this lol

@sydesjokes nice post.keep it up

The @OriginalWorks bot has determined this post by @sydesjokes to be original material and upvoted it!

Joke no2. Now more than ever. Forget the mandela effect what about the mandala effect?

"The trouble with current times is that the future is not what it used to be."

Never let your fears stop you from taking bold steps to greatness. By gloeze

Conquer yourself rather than the world. But I think its not an easy task.

Q: Why did the cow jump over the moon?
A: Because the farmer had cold hands.

Jokes can make laugh without money:) Her jacket is her comrade in laughter...

I love joke 2! Thank you @sydesjokes for this daily dose of fun! 😊

You are always an interesting person. It is true you need to conquer yourself before you conquer the world.

Van Gogh was probably a schizophrenic and he heard the voices. I do not deny that he was a brilliant painter.

Maybe he even saw the voices

Some funny jokes! Thanks so much for your continued support..much appreciated!

Joke #8
often times, the problem isn't about the world but ourself.

Dark Humor is like Food, Not Everyone Gets It

@sydesjokes nice post.keep it up

great words of wisdom conquer yourself rather than the world. well said @sydesjokes keep sharing

Loved the first one, and I find the same to be true of writing.

THE LAST ONE, THAT'T MY FAV

Nice jokes. You must hear my laughing XD

«What is the difference between joke 1?»

Oh I love this

I've heard joke 4 way too many times but I love it every time still!

I love this.. "Conquer yourself rather than the world. - Descartes"

Descartes is my favorite

That vincent van gough quote is definitely worth going for :)

I'm definitely going to have to use #2 at work.

You made me smile again. Thank you.

Very interesting , good job and thanks for sharing such a good article.

All jokes were nice @sydesjokes

were do you get this jokes from lolll. Joke 7 is killing me. keep it up please loll!