Lost the ability to give a damn [joke] All our dreams can come true, if we have the courage to pursue them - Walt Disney

Jack's mother ran into the bedroom when she heard him scream and found his two-year old sister pulling his hair. She gently released the little girl's grip and said comfortingly to Jack, "There, there. She didn't mean it. She doesn't know that hurts."

She was barely out of the room when the little girl screamed. Rushing back in, she asked, "What happened?"

Q: How can you tell a macho women?
A: She rolls her own tampons.

Mary decides to consult a diet doctor. "What's the most you've ever weighed?" he asks her.

Little Johnny tried out for the school play. The teacher gave him these lines to practice:

Hark! A pistol shot! There lies a lady with hope in her soul. I think I'll snatch a kiss and run into the forest. By William Shakespeare.

Little Johnny practiced and practiced and did the lines perfectly every time. The night of the play it was his turn to speak. This is what he said:

Hark! A pigeon shit! There lies a lady with soap in her hole. I think I'll kiss her snatch and run into the forest. By William Snakeshit... Horseshit... Oh, shit! Fuck it, I didn't want to be in this damn play anyway!

While Bubba and Billy Bob were in the local Wal-Mart, they decided to get in on the weekly charity raffle.

They bought five tickets each at a dollar a pop. The following week, when the raffle was drawn, each had won a prize.

About a week or so had passed when the men met back at Wal-Mart. Bubba asked Billy Bob how he liked his prize, to which Billy Bob replied, "Great!, I love spaghetti!"

Billy Bob asked Bubba, "How 'bout you, how's the toilet brush? "Not so good," replied Bubba, "I reckon I'm gonna go back to paper."

Q: What do a coffin and a condom have in common?
A: They're both filled with stiffs - only one's coming and one's going.

Can't someone else just do it? a great way to start new day. thanks

8 is funny, thanks for the jokes

The @OriginalWorks bot has upvoted and checked this post!
Some similarity seems to be present here:
http://www.hamuniverse.com/humor.html
This is an early BETA version. If you cited this source, then ignore this message! Reply if you feel this is an error.

I always love the joke by @sydesjokes

In times like this, we need these jokes @sydesjokes! Thank you very much! :)

Why are hot blondes put in caskets in "Y" shape, because when you lay them down they automatically open their legs...

Any text with a minion next to it will make me laugh!

Thanks for u help!

Lol 😂
What a funny jokes. Thanks for making me laugh today after a stressful day

Yes need to laugh it's a great stress relief.

thanks for the jokes

Today my favorite is joke 2

Joke No2 so true dedication takes you places :) 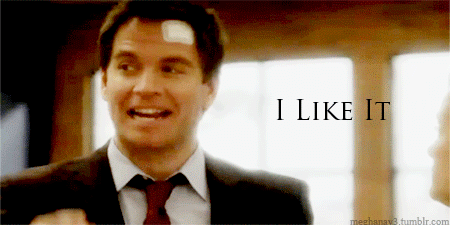 all are too good.

Everyone else should just do it, Colin, but you're the only one who actually is.

Hopefully more people do it and the world will be a much better place :)

Thank you for sharing :)

Why are hot blondes put in caskets in "Y" shape, because when you lay them down they automatically open their legs...

Hehe they are funny the jokes and the quote was smart..thx for everything especially the jokes always bringing the perfect drop of humor in my steem experience! :)