The things of this world exist; they are; you can't refuse them. - Lao Tzu

A wealthy old man looked around the table at his two sons and five daughters and their spouses gathered for a family reunion.

"Not a single grandchild," he said with a sigh. "Why, I'll give a million dollars to the first kid who presents me with a little one to bounce on my knee. Now, let's say grace," and proceeded to bow his head down to pray.

When the old man lifted his eyes again, his wife was the only other person at the table.

Q: Whats worse than lobsters on your piano?
A: Crabs on your organ.

TEACHER: Ellen, give me a sentence starting with "I."

ELLEN: All right ... "I am the ninth letter of the alphabet."

A man walked into the ladies' department of a Macy's and shyly walked up to the woman behind the counter and said, "I'd like to buy a bra for my wife."

What type of bra? asked the clerk.

Type? inquired the man. "There is more than one type?"

Look around, said the saleslady, as she showed a sea of bras in every shape, size, color and material. "Actually, even with all of this variety, there are really only four types of bras," she replied. Confused, the man asked what the types were. The saleslady replied, "The Catholic type, the Salvation Army type, the Presbyterian type, and the Baptist type. Which one do you need?"

Still confused, the man asked, "What is the difference between them?"

The lady responded, "It is all really quite simple...the Catholic type supports the masses, the Salvation Army type lifts up the fallen, the Presbyterian type keeps them staunch and upright, and the Baptist type makes mountains out of molehills."

Morris realized he needed to purchase a hearing aid, but he felt unwilling to spend much money.

"How much do they cost?" he asked the salesperson.

The salesperson put the device around Morris' neck. "You just stick this button in your ear and run this little string down to your pocket," he instructed.

"How does it work?" asked Morris.

"For $2.00 it doesn't work," the salesperson replied. "But when people see it on you, they'll talk louder!" it makes me laugh :) great

The @OriginalWorks bot has upvoted and checked this post!
Some similarity seems to be present here:
http://www.jokebuddha.com/Dirty/recent/3
This is an early BETA version. If you cited this source, then ignore this message! Reply if you feel this is an error.

Joke 3 is really funny, keep it up

lovely jokes lol. were do you get them from?

Have collected them over 20 years. Have enough jokes for over 10 years of daily posts :)

Always and forever the best @SydesJokes ! 😉👍

Lol.. laughter is the best medicine Joke 7 is funny indeed.
So, the $2 hearing aid is more like a sticker that reads: 'Please speak louder' lolz.

I love joke 1! Thank you @sydesjokes!

That's a pity I never remember the jokes. And when I remember I am not able to reproduce them.

Joke 3 is definitely good for sure. 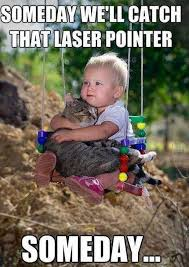 That's a pity I never remember the jokes. And when I remember I am not able to reproduce them.