The latest data released by the Japanese Financial Services Authority show a great interest in cryptocurrencies, as 3.5 million cryptocurrency traders are active in the country.

The survey, which surveyed 17 Japanese trading platforms, shows that most of the cryptocurrencies traded in Japan are Bitcoin, Ethereum, Rippel, Bitcoin Cash and Litecoin . Most traders are aged 20 to 40, with 34% of the group in their thirties. The annual turnover of Pitcone alone rose from $ 22 million in 2014 to $ 97 billion in 2017, with Bitquin trading as a core asset such as futures, up from $ 2 million to $ 543 billion over the same time period.

Perhaps the booming trading industry is why Japan has taken a pragmatic approach to regulating the currency support operations (ICOs). While China and South Korea have opted to ban the whole ICOs process pending further investigation, Japan announced at a race time this month that a government-backed research group working on regulatory guidelines could grant regulatory acceptance for these operations Applied successes.

The Guidelines on Investor Identification to Combat Money Laundering are the main concern of many government authorities on ICOs. The guidelines will cover increasing Internet security measures to reduce fraud and insider trading. The codification of ICOs in Japan can set an example for other countries, and all eyes are on Japan to see exactly how regulatory measures will work.

The announcement of the organization of digital space follows the largest ever cryptocurrency theft, which occurred earlier in the year when the Japanese trading platform "Coinheck" was breached and $ 550 million of the initial digital NEM coins were stolen, most of which were reported to have been washed . Since then, "Coinheck" has been sold to "Monex" after the breakout, which "Coinheck" favored to expand trading beyond staff capacity.

With the exchange of huge amounts of money, the space of ICO operations is vulnerable to fraud and exploitation - Telegram has collected more than $ 1.7 billion in the largest ICO operation so far and a company legally registered by fraudsters under the name " Project "Telegram" new in order to transfer these funds to their advantage.

In a space that many agree needs some regulation, Japan's efforts may be to respond to the legalization of fund-raising for those operations in the markets of financial, metal, and traditional technology in a way that protects investors while continuing to allow cryptocurrency space to evolve.

Today, Japan is officially the world's largest market for Bitcoin trading, and the government seems to be meeting the issue face-to-face by exploring a way to sustain growth in a more manageable environment. 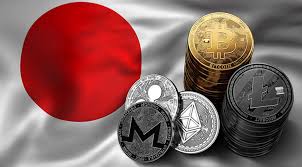 Congratulations @mossabdekhil! You have completed some achievement on Steemit and have been rewarded with new badge(s) :