Why am such a Carnivore...to a Vegan!!

I will like to thank you for this opportunity to think a bit harder than I have lately, the reason I decided to enter for this contest is majorly because it really got me thinking an of course my bias of being a carnivore, some thing I didn't choose though, but surely love right now. 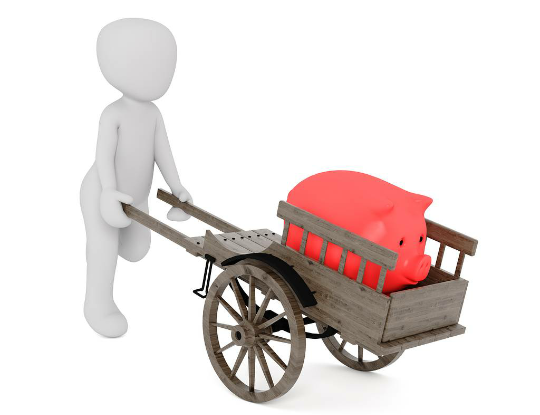 Source
Some of my arguments may not take the frame you had anticipated but I think some will, I am a Nigerian, that is somewhere in west Africa for those who don't know, and although we have the highest black population in the world of about 200 million, I can say authoritatively that the number of people who don't eat meat in Nigeria will not be up to a hundred thousand, for reasons that circle around the fact that we don't know or care to know if eating meat is immoral to some peole, so basically I and a great number of us eat meat because we don't know better or maybe don't want to know better.

Another point is morality is subjective, why do I say this? Who tells a lion that it is bad when it chases down an antelope for lunch? And note your school of thought we are all animals, then why should I feel bad or why should I be made to feel bad for eating an animal that I gave a lease to life? Like I gave life in the first place, fed it all because I want to eat it. So from a vegan point of view it may be immoral but from my point of view its not.

Humans are omnivores in the making, that as in we eat meat and greens as a necessity, as a part of how we were structured to function, the well read scientists that made that classification did well to include herbivorous and carnivourous animals in the classification so not eating meat will be like a lion deciding not to eat animals and become a vegan or a goat deciding that, oh from today if I don't see meat, I won't eat. That does no hold water to me, let's stick by our classification and keep eating meat after all it has not hurt the universe till now.

Also in all these argument have we wondered where these animals fit? What will happen if I stop keeping goats and cows for meat? Where does that leave them? Two things will happen I think, either they die naturally out of the lack of care that they enjoy now or they go into the wild and guess who is waiting for them? Mr. Lion and his likes who won't joke with these easy preys because they will be easier to catch because of their inexperience of the wild. Who will keep and feed an animal he or she won't eat? Vegans I guess. Source
There are a whole lot of immoral things going on in the world to bug ourselves with than focusing on veganism and the likes, what is so cruel about me buying a chick and feeding it, preparing a bed space for it and lighting and every tother thing to make it comfortable then when it is mature, mind you, if I don't kill it, it will still die because like humans every living thing has an average life span? Which is wiser? Letting it go so that it will die on its own or killing it for my use? You be the judge.

Did we consider the fact that these animals will actually eat us if the had the chance? Come on, so because am smart enough to get to them first and do exactly what they would have done to me if they had the chance or wisdom makes it bad or immoral?

On a final note though I will like to state here that I am a christian and as such I will like to invoke my believe and convictions into this, what do I mean? When God in his infinite wisdom created man, he gave him dominion over all else that he has created and even gave him the rare honor of giving them names. I don't see how they are now so important that eating them in order to even balance up the ecosystem suddenly becomes bad.

In the book of Acts chapter 10 when peter fell into a trance and certain animal came up before him and he was instructed to kill and eat, but he protested and a further instruction was given to him to get up "kill and eat" quite specific, kill and eat, kill and eat finally kill and eat, give glory to God for what he has provided and eat not bug yourself about how and which food to eat.

To close my argument I will like you to consider this, one is only conscious of what he knows, in other words conscience is only called into action when there is knowledge, note something here, knowledge is neither bad nor good, its is just knowledge and depending on the sentiment attached to the knowledge source, it is then transmitted through the knowledge to the target. This is what I mean, the knowledge of being a vegan or a carnivore is neither right nor wrong, it is just knowledge. So if I acquire knowledge for the first time from a vegan, no matter how neutral that vegan tries to paint his argument there will be traces of compelling you to his believe in it. So I can pardon who ever for whatever he or she believes and practices but criticizing or nailing another persons school of thought is not really moral for a moral being.

I hope with these few pointers you can agree with me that my killing and of course eating them is not bad or immoral.

This post has been selected by Altruistic as a post of the day has been given an upvote.
You may join us on her discord server: https://discord.gg/KHB9eJk.

Please kindly upvote this comment in order to keep us helping plankton and minnows that their quality posts are undervalued.

Thanks for being a community member.