The Tazewell Animal Rescue Coalition is very pleased to be making our introductory post! It may not be widely known, but Steemit has already helped fund our efforts in Central Appalachia. Since June of this year, our Director’s personal Steemit account has been dedicated to the cause of supporting the rescue and several needy animals who’ve come our way. Conversation with certain influential Steemians has revealed a true philanthropic heartbeat in this online community. So now the rescue itself will have an official presence, bringing you frequent updates and news about the animals whose lives were saved or improved by the generosity of people using this platform. Tazewell ARC serves one of the most downtrodden regions of the U.S. Central Appalachia is known for poverty, drug addiction, poor health care, skyrocketing high school dropout rates (1 in 4, in some areas, like Richlands, VA,) and a declining population. Read more about these troubling statistics HERE. Corruption exists in local government that bears alarming similarity to that in some developing countries. Most municipal animal shelters are considered “high kill,” meaning that many healthy animals who enter those facilities are destroyed for lack of adoptive homes.

There’s no doubt that spaying and neutering pets can put an end to the unbalanced supply versus demand in rural areas like Southwest Virginia. But solutions are seldom as simple as they sound. The closest high-volume, low cost spay/neuter clinic is more than an hour away. Funding is difficult to obtain, especially through the major animal welfare organizations that typically devote less than half of one percent of all donated monies to grant programs for local shelters. Volunteers are as rare as hens’ teeth in regions like Central Appalachia. Indigent populations tend to view charity as a receivable resource, not a profferable one.

Typical overhead for this organization is minimal. We do have a private facility, though the rescue is considered “home-based” under Virginia law, rather than a shelter. Recurring monthly expenses run about $200. (This is a combination of electric, water, dedicated phone and internet service.) Food for the dogs runs about $300 per month. Part time kennel help (who has agreed to receive payment in SBD) is $360 per month. Veterinary costs are best calculated per dog. The average cost to vet a dog for adoption or transport across state lines is $300 per animal.

While these are not the only expenses we incur, it’s safe to say that for approximately $850 per month, we could keep the doors of this rescue open indefinitely. This is a miniscule amount compared to what some major public shelters require. What’s the possibility we could generate that kind of support on Steemit? Would people donate SBD and STEEM to this cause? Could our posts eventually gain enough value to have payouts on that scale? And what kind of posts would make people more likely to upvote? What would Steemit audiences really enjoy seeing from us?

We’d love to see thoughts from people in the comments. Ideas, too. Someone associated with this rescue through Steemit will be attending Steemfest in Lisbon next month. We hope he comes back loaded with a head full of revolutionary concepts and plans, as well.

In the meanwhile, let us show you some of the dogs that Steemit has saved. Tazewell ARC would absolutely have been forced to turn these animals away had we not had backing from people willing to toss large upvotes on posts and comments and donate any spare SBD they could. 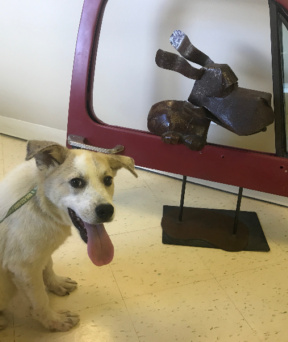 Meet Bailey! Bailey was the first project. He came to us after being abandoned along a busy mountain highway. He was malnourished and suffering from sarcoptic mange. Funds were raised to treat him for all parasites and vaccinate him for all of the core canine diseases prevalent in the U.S. Bailey is now awaiting neuter and microchipping so he can catch a transport to our rescue partners in New England. This means we need to raise at least $100 more dollars to get him ready for adoption.

Next is Lena and her ten little bundles of joy! They came to us malnourished and very wormy after being abandoned in a rural neighborhood. They have been rid of parasites due to a generous donation through Steemit, and are now ready to begin their series of puppy shots. We need to raise at least $1500 to cover all the vetting required for mommy Lena and her big litter before they can be legally adopted or transported across state lines. 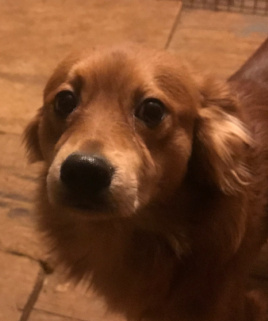 Our newest addition is Andy. He came to us healthy, but needs at least $100 more in vaccines and deworming, plus neuter and microchip. This would mean a total of roughly $300 before Andy can be adopted or transported.

We believe our cause is worth it. All of the animals we’ve shown you here are highly adoptable and will find homes easily in the New England region of the U.S. There is no reason any of them should have been tossed aside or thrown away like garbage. It is our belief that Steemit could help us make a big statement about animal welfare as well as the need for spaying and neutering. Will you join with us and start changing the world, one Appalachian dog at the time?

Welcome to Steemit. What lovely animals, and what wonderful work you're doing. Following and resteemed.

Very cool. And... Andy? It's always about deworming

And jokes aside--hookworms kill as many young pups as parvo here in the southern states. They're in the soil. Ubiquitous. Deworming every six months is recommended by most regional vets regardless of test results on exam.

Wow, I just noticed. Is that a pure white chihuahua on the porch. We had one name of Snuggles. Had to send him onward a couple years ago and miss him every day. I just want to bring Andy home and make him happy.

Sadly, I would imagine that family allows those dogs to breed willy-nilly, resulting in genetic defects and more overpopulation for the local pound to deal with. How do you teach people to spay and neuter when so many families in Appalachia can't even afford dental care and eyeglasses for their children?

There's isn't much I could do about the social issues in that area, but as far as the dogs go, there are a number of crowdfunding project that could quickly drive money to the animal rescues.

We've tried every crowdfunding option I know of. The key is reach--how to reach the people willing to give. If you have ideas, I'm listening. But after about a dozen GoFundMe and YouCaring efforts by at least as many people, I'm feeling a little burned on crowdfunding.

It would help to see the pitch pages you've done. When you get a chance, send the links in Discord. You're right, when charitable crowdfunding first started, out was much easier, but now it's saturated. Are gofundme and youcaring the only ones' you've tried?

Others have tried different ones, I think. I'll have to really dig to find those. I can get to the YouCaring ones easily, though. Let me get the photos sorted for the Vermont rescue that I just took of the pups and I'll holler at you in Discord.

I just want to add that our Discord chat was very productive. It made my night, knowing the quality of help our group is beginning to receive. :-)

We, of course, have all got your back, here. You do amazing and very admirable work in very difficult circumstances.

Yes! Joining with you, of course! Can't wait to see @tarc grow and the rescue benefit!

Yes! Great idea! I'll do what I can to help!

Good stuff! Im ready to resteem n upvote even tho mines not financially lucrative yet lol

Beautiful!
Vet bills seem to be your highest cost.
How many years of vet school would it take to get you certified (if you even wanted to be) or to sponsor a young local like Eric Blevins, your character in "High Kill" (the novel)?
What if having your own vet (who'd spay and neuter in satellite clinics, say, around the region) were something steemians could help sponsor?

It would be wonderful, but veterinary school is pretty much the same as medical school. It takes years and years. Plus, you can't just decide to do it. You have to be accepted by a vet school first, and then live near whatever campus you attend: VA Tech, Cornell, Auburn. . . You weren't able to attend Thursday’s Pimp Your Post Thursday @tarc. Your post was shared by one of our attendees. I have written a post to share your featured post from last night. Just stopping back to let you know that you can see your name in lights right here. (Just kidding about the lights :)

I think what you're doing is just awesome. I did see the post and resteemed it! You really nailed your summary of what's happening in this region of the country. :-)

Love you and the work that you do!

Upvoted and resteemed. Will do what I can to help! Give little bex pup extra hugs for me.

One Dog at a time @rhondak. That's how it starts. You do amazing work with the shelter and I am totally there to help where and when I can! Resteemed to get the word out. Hopefully, Steem/SBD will flow in :-) img credz: pixabay.com
Nice, you got a 10.0% @minnowbooster upgoat, thanks to @eturnerx
Want a boost? Minnowbooster's got your back!

awesome ..the dogs are really cute...i like them ... i upvoted and followed you ...plz you do the same..

thanks for the work you do for animals. welcome here friend!

One Dog at a time @rhondak. That's how it starts. You do amazing work with the shelter and I am totally there to help where and when I can!

Welcome to Steemit, @tarc. I love animals, nice to see you do too. Amazing work that you're doing there, those are some very cute pups you got. Have fun. :)

Nice one, welcome to steemit @tarc

Awesome, my step-daughter does rescue for animals is going to school to be a vet!

Ooh, what are the chances she'd want to practice in Tazewell...

I have no idea where that is...but she does love to travel.

Great post! Your account was recently created so welcome to the steemit platform. Here's your upvote and I hope you will some day do the same!
As a newcomer to steemit, it's not easy getting those big upvotes so you could give @MinnowPowerUp a go. This service lets you earn up to 30% more steem power than just powering up! It's a subscription based daily upvote bot that draws its power from a delegation pool. I have more info on my experience with the system in this post where I explain how I earn over $1 a day from upvotes.