A little bit about me

phreakerx (57)in #introduceyourself • 4 years ago

Happy new year to everyone, happy belated birthday to Bitcoin.

I have been lurking for a few months now and finally decided to start posting today.
If you're still reading this you obviously want to know a satoshi or two about me so here goes...

I've lived most of my life in California, it's not the best place to live as far as taxes go but you really can't beat the weather. I was a phreaker/anarchist/pyro when I was younger but as I got older I seemed to outgrow a lot of the illegal activities I liked so much. As with most people, my 20's were mostly a blur, I still remember a few girls, a few bars and lots of hangovers.

We (my business partner and I) got into Bitcoin when it was double digits and state of the art mining equipment meant blazing fast FPGAs. BFL was the first company we ordered a miner from ( I still have rage in my heart for Josh but that is for another post) and we even found 3 blocks on our own with them (even though we were in a pool and didn't get the full reward)! The constant arms race and beefing up the house's wires/panels/breakers got to be slightly annoying but we were literally printing money, it was like a dream. We toured around the world for different BTC conferences, got a bunch of BTC swag and got drunk with a bunch of Bitcoiners, it was literally The Life.

With BTC's continually growing popularity (and difficulty) we found ourselves making less and less coin but that was OK because the price of BTC was ever increasing also, so again we didn't really mind. Enter Mt.Gox and the huge collapse in price and stolen coins that went with it, it didn't make sense for us to mine, we just couldn't afford the electricity anymore. Even though we had faith that it would reach new ATHs we knew what we had to do. We had a meeting and decided on what day to unplug the machines and they haven't been plugged in again since.

Luckily we did save some coin but not nearly as much as we spent. My friend and I are still engaged in business just no mining anymore. Still have a few machines in my garage collecting dust, if the price goes up enough we may have to power them back on again to make some more of that sweet, sweet coin. That about sums up the parts of my life you would find interesting here on Steemit. Good luck trading, let's keep crypto strong. 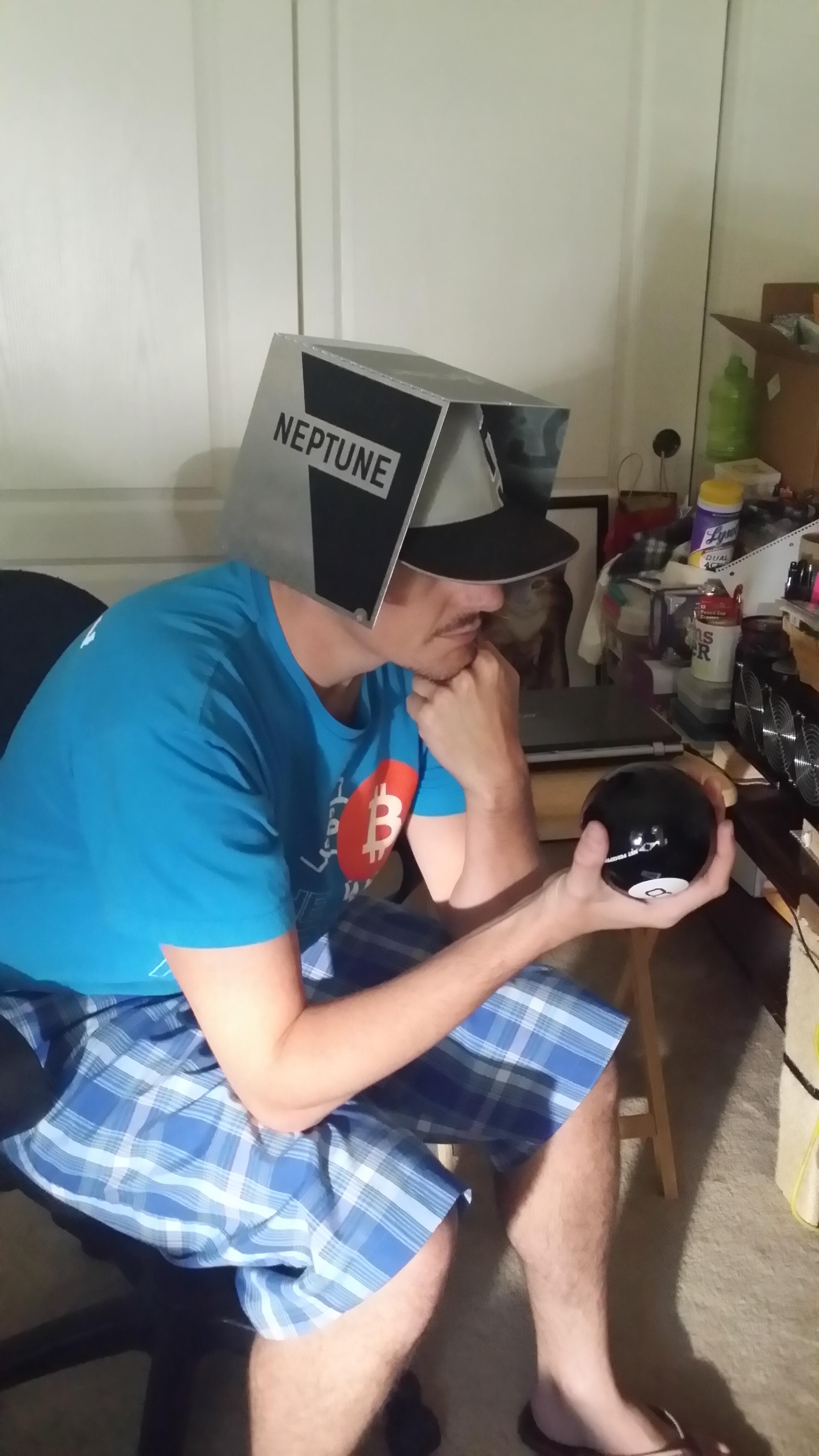 Havent heard the term 'phreaker' in many years. Welcome to steemit! Hope to see many of your posts! Resteemed and followed!

PhreakerX was a nickname of mine when punting, kicking and drive-spinning on early AOL, yes the AOL that came on CDs! Then I grew up a bit and didn't use it for a while, probably because of embarrassment, lol. Now I am a dad, it strikes me as a dad joke, so it lives again. :D

Welcome man! Hope if you are looking for a community to start join the #promo-steem community:

Those ones are yoir past, you're now a steemian man
WELCOME

so whats your thoughts on ripple ?

Ripple is a very interesting technology. Even though it is considered a virtual currency/token I don't consider it a true cryptocurrency IMHO. I don't like the closed source, the inability for the community to earn by mining or otherwise securing their network and the centralization are probably the biggest problems I have with them. I have read that Ripple is working on decentralizing their ledger, once that happens I will have a lot fewer qualms with XRP. One of the things I like the most about Ripple is how many Tx/s it can handle it is truly revolutionary in that aspect.

@phreakerx, welcome to Steemit. You have joined a great community.

Thanks for sharing your story. Sounds like you have had a wild ride with cryptocurrencies!

FREE GIFT - Check out my online course about formatting your Steemit posts.

Welcome to Steemit! So nice you decided to join :)

Thank you, glad to finally be here!

The concept of "mining" Bitcoin still eludes my comprehension..

The value of the coin comes from the work taken to produce it? I.e., the electricity, man hours, etc..?

There are some really detailed papers out there explaining all of the ins and outs but for sake of brevity, yes you are correct. The value of the bitcoin is derived from PoW (Proof of Work) and usually measured in hashrate. Note the value and the price are not the same thing! :)

Congratulations @phreakerx, this post is the tenth most rewarded post (based on pending payouts) in the last 12 hours written by a Dust account holder (accounts that hold between 0 and 0.01 Mega Vests). The total number of posts by Dust account holders during this period was 9581 and the total pending payments to posts in this category was $4237.20. To see the full list of highest paid posts across all accounts categories, click here.

That is pretty cool, thanks for the info!

nice to meet you bitcoin guy :)

Congratulations @phreakerx, you have decided to take the next big step with your first post! The Steem Network Team wishes you a great time among this awesome community.

Crypto Brother <3 glad to have you here!

Glad to finally be here!

@cryptohustlin your scamming people with your minnowpond bot. I wil downvote everything you are earning money with until you make a clear post and refund people.