Self introduction of @dapeng 大鹏

dapeng (68)in #introduceyourself • 5 years ago (edited)

Hi everyone! My name is Peng. My friends call me dapeng (see the meaning) as my nickname. Thus my Steemit ID is @dapeng, which can be found in most of the figures in my posts like: 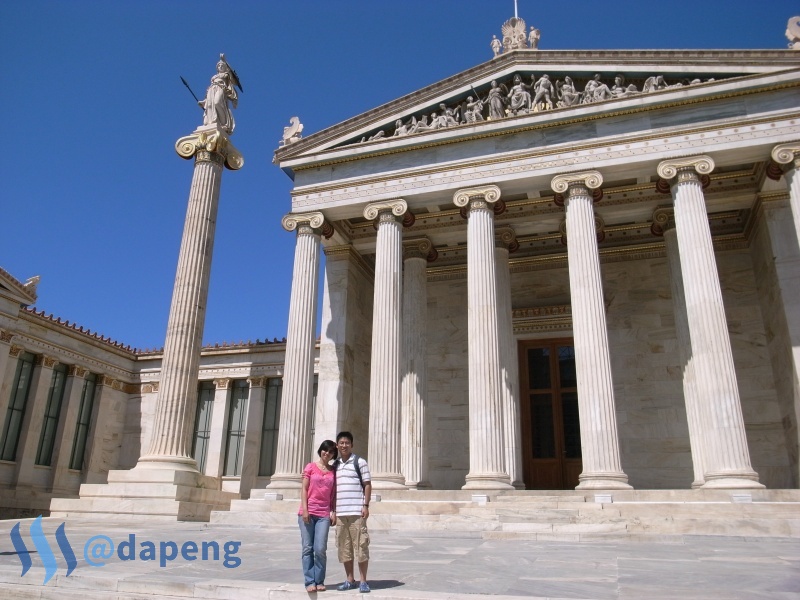 It is me and my wife. It is hard to find a nice picture with me alone in it after I got married.

Story of Steemit and me

I joined Steemit in October 2016, following the introduction by @tumutanzi. Considering Steemit's starting time in March 2016, I was indeed an early bird.

However, I am a careless bird as well. I lost my password soon after my first post was posted. If you are aware of SRS (the Seven Rules of Steemit), you know what it means: DISASTER. DEPRESSION. DESPERATION. I tried ways to recover my password, but none of them worked. I became an angry bird. Temper did not work, though. The only cure was to forget about Steemit.

Nine months later, @tumutanzi introduced Steemit to (not only) me again, and told me that he had made a lot of money out of his Steemit posts. In the meanwhile I had made not even a penny from my personal blog. I was not a stupid bird, was I? I guessed @tumutanzi would intentionally or unintentionally bother me again in the future when he becomes a Steemit millionaire. Fortunately and amazingly, I found my lost Steemit password. If you are aware of SRS, you know what it means: INTERESTING. INCREDIBLE. IMPOSSIBLE. I thought it was a miracle and I was destined to come back to Steemit so as to shut @tumutanzi's mouth up.

What a lucky bird!

What I am blogging and not blogging

Welcome to Steemit! Please consider checking out minnowsupportproject.com and @minnowsupport. It is a great community of individuals that will help you get started and can answer all of your questions.

This comment has received a sweet gift of Dank Amps in the flavor of 3.57 % upvote from @lovejuice thanks to: @sepracore. Vote for Aggroed!

Welcome, I hope you choose the right pill.
I followed you and resteemed your post, follow me back please :)

Thank you! You are followed!

Welcome, I hope you enjoy it here!

Thank you! Followed you.

Hii Dapeng nice to read about you.i am surendra from india,am also a new on steemit and welcome you to steemit.i have followed you.so, can you also follow me.Best of luck.

大鹏, do you have any videos of you playing guitar?

Welcome @dapeng aboard the steemit express. This is a great platform to express yourself just like any other social media outlet except this one pays its users for interacting with each other. Post good content and your rewards can be limitless but always stay true to yourself.

True. Payment is only a side effect. Paid or not, I am blogging anyway. Writing, sharing and interacting is the initial intention. Thank you for your kind comment.

Welcome to Steemit! You will rock here! Followed. Follow me back 😘