adsactly (80)in #introduceyourself • 3 years ago (edited)

We thank each and everyone to show immense love and support to our new knowledge series Know Your Crypto.Today we bring you another installment of the series where we discuss about one of the most well known chinese crypto asset based on ethereum platform QTUM.

Qtum is a is an open source, decentralized project ,hybrid blockchain application platform. Qtum’s core technology combines a fork of bitcoin core also an Account Abstraction Layer (AAL) allowing for multiple Virtual Machines including the Ethereum Virtual Machine (EVM).It also makes use of Proof-of-Stake consensus aimed at tackling industry use cases.While QTUMs are the cryptographic software tokens used to engage with the Decentralized Application (DAPP) and smart contracts on the Qtum platform. QTUMs will also serve as the staking currency of the Qtum blockchain.

Team
QTUM's team includes Patrick Dai(Project Co-Founder),Neil Mahi(Chief Blockchain Architect / Co-Founder),Jordan Earls(Lead Developer / Co-Founder), some of the well known people in the crypto community.Qtum has a list of large number of backers and supporters which include Matthew Roszak, co-founder of Bloq, Roger Ver, a pioneer investor in blockchain-related startups, Anthony Di Iorio, a founder of the Ethereum blockchain, and Star Xu, CEO of Okcoin in the team

Initial Coin Offering
Qtum raised $15.6 million in 117 hours, becoming the fourth most-funded cryptocurrency crowdsale and the eighth most-funded crowdsale at the time of it's launch. The Qtum crowdsale started off fast by selling $10 million of its tokens in just 90 minutes.The Qtum crowdsale which was scheduled to last for 30 days or until all tokens were sold, ended with the project raising 11,156.766 bitcoins (BTC) and 77,081.031 ether (ETH) in exchange for the 51 million Qtum tokens being distributed to the public. How does Qtum Work? Qtum is a proof-of-stake (PoS), smart-contract compatible blockchain that can natively run both Bitcoin-based and Ethereum-based applications. The Qtum protocol makes use of Bitcoin’s UXTO model of storing transactions, while also supporting oracles and two types of smart contracts. Applications built for Bitcoin, Etheruem, or either of their derivatives are able to port easily. It makes use of Blackcoin’s proof-of-stake (POS) consensus model as according to their research it has been felt that businesses are not comfortable with a proof-of-work consensus model. Using a PoS model with some semi-trusted nodes would ease corporates that a mining outfit or state-sponsored hashpower attack doesn't disrupt the network

Qtum uses features of the Bitcoin core blockchain, like its UTXO approach for storing transactions which makes individual coins traceable. Qtum has a layer that abstracts the UTXO data into something the Ethereum Virtual Machine can read. This in turn allows it to interact with both Bitcoin-based and Ethereum-based applications.

The Qtum Blockchain Foundation, a Singapore non-profit, oversees the codebase, helps promote cohesion in the community, and represents Qtum to the external world it also is the decision-making body that drives the project’s development.

The current market stats for QTUM can be found here

We would love to know your views on the recently started know your crypto series so get down below comment and resteem!Also if you want to know about a particular crypto currency do let us know in the comments so that we can take it in the next edition of Know Your Crypto

Hey @adsactly - thanks for sharing this post. Do you think it is still worth to buy.... unfortunately I didn't invest. What do you think? Thanks and yes I know - no guarantees, just info :-)

You should look into getting some QTUM when the Market Corrects in the next few days.

One of qtum head guy had a coin fail and when bankrupt, he also change his name too. Just be careful.

Dont take my word for it, look it up for urself.

Thanks for the tip @dang007

Thanks for this. Here's an article that goes into it more:
https://www.smithandcrown.com/qtum-controversy-patrick-dais-exit-bitbay/

QTUM looks interesting with experienced team behind it... Thanks @adsactly for sharing....

The article markdown is all cryptic.

Thanks for information. I like QTUM Concept.
Please check out 3 Best exchanges to buy Qtum

Smart contracts and decentralised applications.
Off the top of my head, this puts it in direct competition with Ethereum, EOS, Neo (Antshares), NEM among others.

How do people see this playing out? Will we end up with just one solution, with many falling by the wayside? Or many solutions?

And if it's just one platform, what are the key criteria? Scalability has to be one. Coding language? Use cost? Or will it just be like VHS / Betamax, i.e. whoever gets their apps built first??

QTUM looks interesting with experienced team behind it... Thanks @adsactly for sharing....

@adsactly Nice one but am still yet to understand. Pls explain better am a newbie

Thanks for demystifying QTUM.

"We will be using R3 and Corda through our partnership to address use cases in payments, identity management and possibly other use cases that banks are currently looking at."

Venezuela's currency - the bolivar - is now worth less than the virtual in-game gold in the popular MMORPG World of Warcraft.According to Dolar Today which tracks the black market rates, values the bolivar to 12,197 per USD.Comparing this to the WoW goldithas a value of 6,482 gold pieces per dollar - the gold can be bought and only sold for game time subscription within the game (not counting black market deals).

Informative, good source of crypto stuff for those who loves investing.

Not so fast with qtum.

So can you write in Solidity for QTUM then? 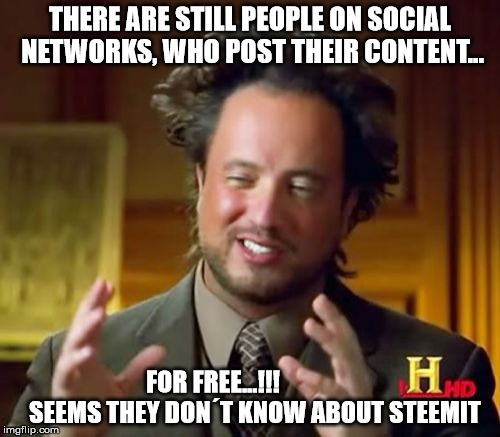 Great information as per usual. Thanks man!

nice to meet you on the steemit , enjoy reading your post and thanks for your sharing , you let me know more about the world !thanks !

@adsactly - Great Share! Its always hard to find accurate information about any ALT coins, however, your post explained Qtum so well. I'm surely going to look into more details and possibly invest in Qtum. 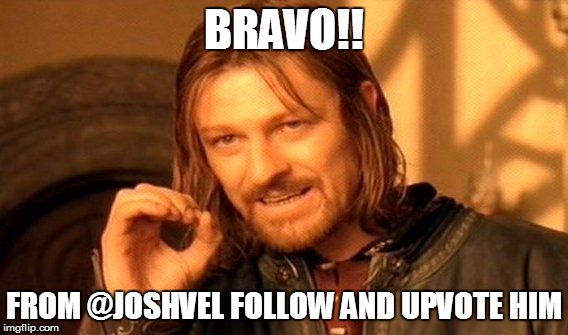 Hey, that was really interesting!!
I got to know so much from it and hell yeah i wanna know about every particular crypto currency :P
Can't wait to just check out your next edition!!
And hey i too write about bitcoins and other stuffs and would really appreciate if you would check them out and give your views on it!!
Upvoted you and followed you already!
Hope to get followed back :)
Keep Posting such interesting and useful articles,it just makes me wanna learn more and more!!
Cheers!!

Great article, always up for crypto kneww, thanks for keeping us informated and sharing everything with us :) #keepsteemin

Support me and enter here https://steemit.com/help/@gr3g0r/hi-i-m-from-venezuela your collaboration is important I bought some of this coin without reading too much on it. Glad for the information! :)

How many transactions per second can qtum deliver? Scaling seems the main challenge for smart contract platforms if they are to succeed notwithstanding relative measures of decentralization, consensus model etc. Not that I know! But scaling, how will it scale?

Thank you for the information, I like your post. A very useful science. I hope we will continue to be able to communicate through this community and will share information, as an opening I will follow and upvote you, I have interesting information for you please see! Https://steemit.com/business/@ponpase/it-s-the-place-to-marketing-your-product-join-now
Have a nice day !

Hello, welcome to Steemit. I do hope that you have a wonderful time on this platform. Looking forward to your future posts!
Thanks for joining this beautiful community. I followed you. Wish you much luck! Have a great time.!

Qtum is growing exponentially. If I talk about today, it's already up almost by 35% and still growing. I own some of the Qtum as I can forsee them as a good investment for coming months.
I personally like this article very much sir @adsactly. It contains relevant information about Qtum which is crucial for an investor to know.

Hello! adsactly.I'm mew in Steemit.I have followed & voted you.So, I wish if you also consider me like this.
....Thanks. from me(Akib).

Your markdown seems to be broken: 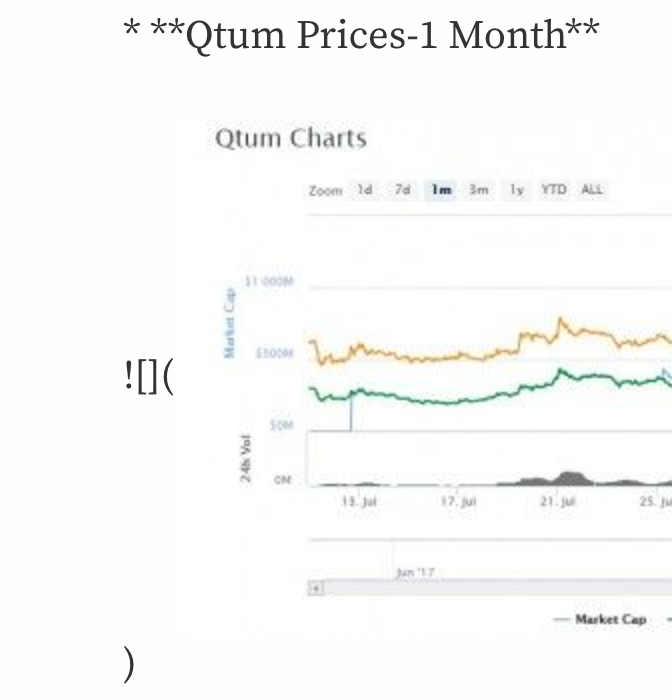 Yes we will fix that looks like the Steemit Formating doesn't work perfectly all the time.

I don't understand why QTUM claims to be open source, but then chooses Oracle as it's partner database? Oracle is one of the most expensive databases on the market to license. It doesn't make any sense to me.