As US Junks "Net Neutrality", How It Affects Internet In India: 10 Points

Story Highlights
US regulator scraps 2015 net-neutrality rules
Rules allowed level playing field for internet companies
Now, some firms will pay to get priority access, others will suffer
New Delhi: The US Federal Communications Commission or FCC voted on Thursday to repeal landmark 2015 rules aimed at ensuring a free and open internet, sending chilling waves across cyberspace that are likely to wash up on Indian shores too. Championed by FCC Chairman Ajit Pai, an Indian-American Donald Trump loyalist, the scrapping of "net neutrality" marked a victory for internet service providers like AT&T, Comcast and Verizon Communications and hands them power over what content consumers can access. Consumer advocates and trade groups representing content providers plan to legally challenge the move.
Here is your 10-point cheat-sheet on how scrapping net neutrality affects internet users in India:
Passed in 2015 under the Obama administration, net neutrality rules prevented internet service providers or ISPs from slowing down, blocking or speeding up connections to certain websites (ostensibly ones that would pay these carriers).
The rules echoed the principle that every website should enjoy equal access and speed and no deep-pocketed company could stifle the growth of its upstart competitor.
Internet service providers say they will not block or throttle legal content but that they may engage in paid prioritisation. They say consumers will see no change and argue that the largely unregulated internet functioned well in the two decades before the 2015 order.
Mr Pai, a conservative who exalts the Republican Party virtues of free market and minimal regulation, says net neutrality aims to solve a problem that does not exist.
"The internet wasn't broken in 2015. We weren't living in a digital dystopia. To the contrary, the internet is perhaps the one thing in American society we can all agree has been a stunning success," Mr Pai said on Thursday.
Even though the US regulator does not hold direct a sway over how internet users access the internet in India, the web being much more borderless than financial or commodity markets, experts say, the move is certain to have ripple effects in other countries.
A common example provided by net neutrality advocates is this: If net neutrality would have been abandoned about 10 years ago, a website like MySpace or Orkut could have paid American service providers to ensure their websites worked much faster than Facebook, thus stalling its growth and eventual expansion to other markets like India.
In a far-fetched but even scarier version, a rogue carrier could well have blocked access to Facebook altogether unless it paid up.
Today, that risk looms over websites like Vimeo (a smaller competitor of YouTube) or Reddit (a much more niche social network compared to Facebook). If these or any other similar websites are choked in the US, they are likely to wilt for users in India too.
The scrapping of the net neutrality rules in the US also sets a dangerous precedent for other countries like India where emboldened regulators could pursue similar routes (though in fairness, India's TRAI only last month publicly declared it did not favour any discrimination on the internet). 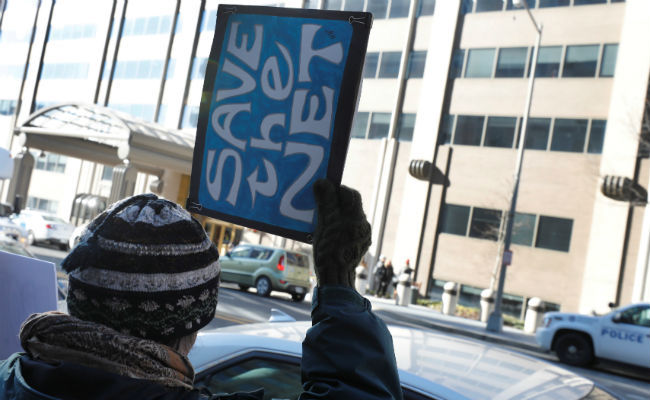