2.0 is an upcoming Indian science fiction film written and directed by S. Shankar, co-written by B. Jeyamohan, and produced by Subaskaran Allirajah, founder of Lyca Productions. This is first Indian film that is directly shot in 3D. The movie serves as a sequel to the 2010 Tamil film Enthiran, and features Rajinikanth reprising 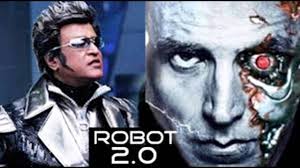 is it new version?

Seriously i am madly waiting fir this movie