On September 21, 1956, pilot Tom Attridge fired a four-second burst with the 20-millimeter cannon of the Grumman F-11 Tiger he was testing while slightly stinging.

Attridge then increased the angle of the dive with such bad luck that a few seconds later his plane crossed with the projectiles that had just fired after they began to lose speed. Three reached the plane and one of them ends up lodged in the engine, which starts to fail and stops everything before Attridge can return to base. 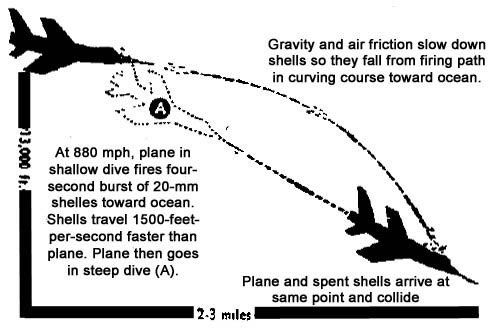 So he is forced to make an emergency landing from which he is injured, although at six months he flew again. The F-11, on the other hand, entered into service without major problems, even being adopted by the Blue Angels, the aerial acrobatics team of the United States Navy.