Technology can heal the planet.

The doomsday clock ticks ever closer to midnight. Can someone who is seriously well informed actual remain optimistic for our collective future? This article will attempt to convince you that there really is hope in advanced technology, creativity and the will of our collective mind.

Some think tech innovation is what’s killing our planet. They maybe right, after all new technology often spawns new environmentally impacting consequences. Take the lake of brown sludge now oozing across northern china, bi-products from rare earth mineral extraction, used to feed mobile phone factories. Seas are drying up, forest are disappearing. Climate change has positive feedback loops and half the species will soon be gone.

But even if tech is bad, there’s no going back to living in caves. Not enough caves, certainly not enough food. If there’s anything to be blamed, it’s our top-down economy. Imaginary money is created by central banks, and corporations scramble to collect the tokens. They may suck in some of our most educated minds to solve problems, but corporations are effectively token collectors. So long as they are top down organizations answering to bodies of shareholder, they cannot effectively care about anything. Capitalism also doesn’t care for the commons. Since no one owns some of the most essential resources to life, such as the air that we breath, there are no corporations who can collect tokens by making sure it stays clean. The health of the planet that sustains us does not factor into global GDP.

Corporations are like genetic algorithms evolved to collect tokens, and the best token collectors win. They can run ad campaigns to tell you that you can help the planet by buying their product, but they can only really care about collecting tokens. Sure their staff and even CEOs may genuinely care about the survival of our species, however even Elon Musk believes we urgently need a backup plan on another planet. Considering how much harder it should be for humans to survive on Mars than on Earth, it maybe quite telling of his assessment of our chances here. Still, there is no solution in blaming the current system. We are the current system.

Human history is facing a fork in the road with 2 distinct paths ahead. Like an electron fired in a quantum double slit experiment, we will pass through one or the other alternative. We can become an incredibly healthy, creative, and happy, a united hive mind that is the next level in the evolution of consciousness. Or, we take the other path of systemic collapse and apocalyptic darkness and destruction. There isn’t really any middle ground. Climate change has been identified as a key factor triggering destabilization in Syria, yet democracy responded by electing a new global leader who instead of looking at how to tackle this problem, denies the problem exists and is creating a spectacle by deliberately irrational and controversial approaches. All in all the current power block seems to wants to play more rounds of ‘Collect Tokens’ and this game can’t go on much longer. Either a new paradigm will emerge and lead us into a new age, or the old paradigm will take us into the abyss.

Which path we will take is uncertain, but it is clear we have reached a point where the only hope for humanity is some kind of ‘quasi-religious hippy mumbo-jumbo’. If this is disheartening, then the reader may take heart from knowing that new-agers are now well represented amongst our most established and respected intellectuals, technologists and scientists and a strong scientific basis for a universal consciousness is becoming increasingly well developed in recent years

In laws of quantum physics, the ‘observer’ is able to influence the outcome of the double slit experiment. Similarly, our collective consciousness has the power to determine which reality we will be in 50 years from now. We can observe the dark path, we can stare transfixed at the media reports as our attention is sucked into abyss of the dark attractor, or we can be the light, and work with all our might to be the path that leads to it.

Our human consciousness sees the world in stories and stories inevitably have some drama. Our global planetary situation is a veritable shit-storm of problems, our culture is trapped in the gravity of a complex multi-dimensional maelstrom in the sea of perceived meaning that governs our human behaviour. Hope is a rare find amongst the realistic and informed, but there are some that are very aware of the our situation, and yet are fully committed and ready to sail out into the maelstrom with optimism and undaunted by ‘the odds’.

To navigate to the future, we need collectively sharing of our vision. We must collectively see where we are as a planet, what’s happening, why and what kinds of solutions address the problems. This must happen in consciousness itself, persons or corporations going through the motions with alternative agendas like ‘collecting tokens’ will take us nowhere. We need the full power of human consciousness dedicated to vision-sharing, collaboration and creative solution discovery.
Together, we must envision the path that leads to the future we want. This isn’t mumbo-jumbo, but a sensible collaborative strategy for conscious observers to create the world they want to see.

Our complex industrial global economy is like an engine. The net desire of our billions of humans has been driving this engine faster and faster for over a hundred years. The fuel this engine runs on today is oil. This engine pumps it’s own oil but, while the oil is running out, this isn’t a big problem. Whether it’s CO2 or other pollutants these are building up in our atmosphere and biosphere and soon the engine will not be able to continue to operate.

Currently we have 7 billion people depending heavily on this engine for food, shelter and a way of life. We cannot stop it. We cannot even slow it down. The sea, the earth and the atmosphere are such huge reservoirs of environmental value that when we started this engine no one thought they would ever run out. Now they are finally reaching their limits. Very soon they will begin to fail and when they do the systemic shock will take out our engine and the vast majority of our 7 billion brothers and sisters.

Even if we solve the energy problem, and have abundant free clean energy tomorrow, we’re still a long way from sustainability. Resources depletion is a huge problem. We’ve grown our population to 7 billion by using artificial fertilisers, allowing us to make much more food than we would otherwise be able to in the short term. It’s highly energy intensive, but also relies on minerals, the most important of which is Phosphorus. Unfortunately for our global system, phosphorus is running out fast.
As of today, we don’t have a solution. There are no alternatives to phosphorus, we either have to find a way to save what we have or get it back out of the sea (or from another planet).

These problems are stacking up, our governments knows about them, the central banks know about them, but most people don’t even hear about them. Currently we’re spending $1.7 Trillion on our global military. Ironically, our most sophisticated technology can only be used to wipe us all out in mutually assured destruction.

This is bad, where’s the hope?

Innovation and culture change is our only hope. We need to reach the incredible potential we clearly have in our species. We must bring our brightest and bravest minds together, fully resourced to deliver innovation with the greatest possible efficiency. Their motivation cannot be financial gain, only the full force of creative consciousness channelled at the hardest problems can manifest the multi-dimensional solutions we need.

In terms of the technology that we need to remodel our economy entirely, so that we can all live happily and sustainably, pretty much everything we need is already available. The major challenges are in changing human systems and behaviours at global scales, and making a swift but smooth transition. This means creating the political will to change the economic dynamics that hold our system in it’s current hyper-destructive state. For more than 50 years corporate PR has lead the battle for hearts and mind, convincing us to be good individual consumers at the expense of our planet. Now, we the people, need to launch our own PR campaign, to unite our world and heal our planet. 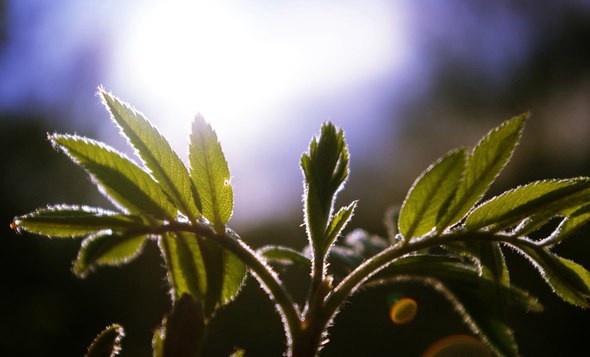 The new paradigm is a global movement of human beings waking up and realising that the system is not going to steer us away from the global train wreck on its own. No one controls it, no one leads it, but through synchronicity and synergy global teams are forming and collaborating organically using powerful new technologies like blockchain, which bypass the old system and create alternative economies that support positive change. This offers a ray of hope in the extreme darkness facing us.

Astralship.org is an example of an organisation working in the new paradigm. Astralship is building facilities for teams of global visionaries to come together and create solutions in a environment optimised for peak-performance and collaboration. The first in their planned fleet is in the style of a pirate-ship constructed inside a 19th century Welsh Chapel in a stunning location in Snowdonia. The company previously had success developing a HTML5 web app for use in hospitals, but the core team then decided this business was not their ultimate purpose and created a separate entity to take their app to market. Astral is now focussing on its mission to bring about global change through facilitating higher states of creativity and collaboration. It's working with technologies like blockchain and VR and rather than looking to fund its development with old paradigm investors Astralship is looking to use crowd-funding and crypto-token release to enable it fund development with support from the new paradigm.