Development Banks/NGOs failing us all over the world, but Cryptos like AOECoin WINNING and Breaking the Chains with Development BlockChain Freedom Unprecedented!!

alphaomegaenergy (25)in #innovation • 3 years ago 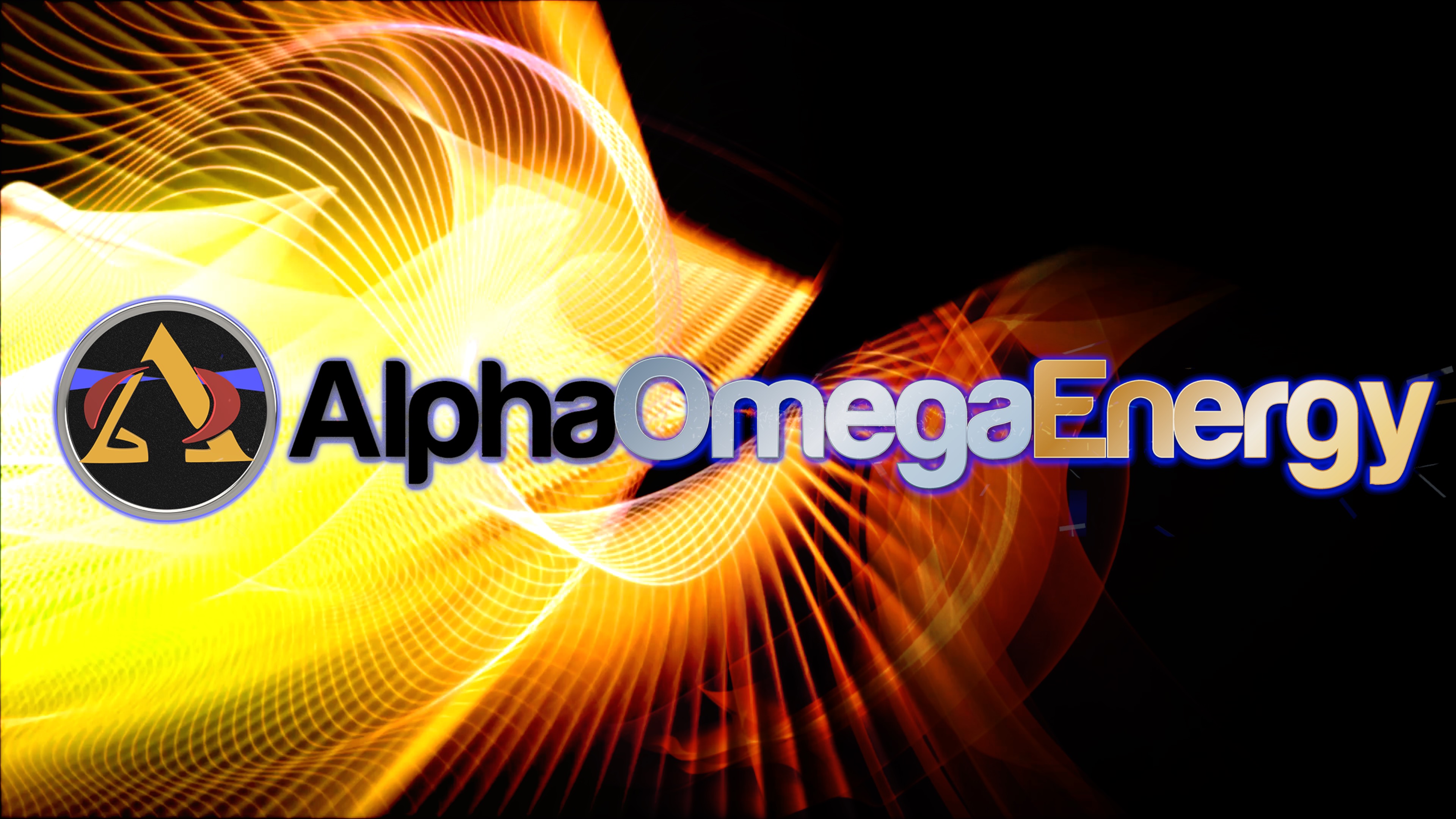 My guess would be, that every Crypto man woman and child would have to be supporting this man who is fighting daily their battle with them.

The world today has 50% of the human population unbanked.

This statistic was just shared over the news from the IMF.

"Solutions thinking can always make a victory, or maybe two, or three, or even more." Thomas B, Alpha Omega Energy

We are here relocated to ground zero of the destruction from Climate Change and humanity’s Greed, evil control insistancies, and resulting lack and poverty where Cambodia has 80% of people who have no access to secure electricity and is ravaged by both Solar climate change and other pollution based climate change accelleration effects.

Here is yet again another example (sorry) of the total insanity that plagues our species and holds back every man woman and child and destroys futures and societies and lives. It is the OLD WAY, of no solutions, of no customization, “the way we do it is the way it’s always been and will always be”thinking. It is everything that is broken and toxic and wrong and malfunctionary in the world today and yesterday and tomorrow.

We just reached out to an investment fund NGO style DFI - (development finance institution). It turns out they are firstly not a development finance institution at all, but rather merely yet another (oh gee how boring) Pile-On VC fund. I won’t name them because I still want to help them, as frustrated as I am and as all Real-Life World Changers, Gamebreakers, and Campaigners for Better are.

They at least began the quest to help clean energy startups in the third world. Wow, admirable, juicy, I want to join alongside them and get it going asap.

I must preface this conversation with the fact that they publicize that they have only a 4.9% return on investment. Absolutely disastrous and terribly poor compared to peers especially for their mandate, sector, and horrific considering they or their disappointed investors could have just put the money into a bank or an MFI and had better performance. (though I agree that their net economic Impact on society probably would be far greater in their model even with this performance sure, let’s be fair and accurate.) But 4.9%? You can get more in a bank. Why should investors bother? So we immediately wanted to make double this or more for the Fund in our approach.

Then, they also go on to complain that they have no bankable projects in the pipeline and that its incredibly hard to find bankable projects for them. Then they complain that their decline rate is far higher than peers and far far higher than american counterparts and far far far higher than broker-banks in the americas. So, then us solutions thinkers in finance and project development and of course DO-ERS, have the solutions for them already as we have been living them for many years.

They then complain they want developers to go get land, spend huge money, and spend even more on time and salaries and on feasability studies and government schmoozing and reports upon reports and get all the millions of dollars in spending done and get investors first before them on top of that, and then only then and not before, come to them only for their secret system they are keeping beyond every possible sense to then have a resulting huge decline rate and no bankability, and thus at the end a measly disappointing terrible performance of just 4.9% It is failure chasing failure and promoting failure and then complaining about the failure that you insist to keep on building.

On their website there are no lending guidelines. No investment guidelines sheet. No submission package. No submission examples, No Submission criterion sheet. No ideal project sheet. No Min/Max guidelines sheet. No pipeline…no online submission system, nothing online whatsoever, zero technology, no efficiency, then problems in submissions, problems in bankability, and in quality, approval rates, and return, Resulting fkery failure…..coincidence? …Of course not. This is the world of development finance, it’s a joke an absolute 18th century joke. Zero vision, zero technology and nothing whatsoever that drives any real forward change or leadership. Followers into projects, not leaders, followers. Followers without technology who refuse to be first not interested in being first not interested in technology and who don't use technology. What a joke what a fking joke.

We then scoured the pages upon pages of mismatched information and long winded vague rambling explanations where simplicity and high efficient flow though should have been. They have done over 770 loans. (pile-on investments? who knows they don't say). Wow that’s great, among my criticism I clap and think wow fantastic. (can you deal with critical thinking problem solving radical changers and aggressive overachievers?) At least a lot of good is happening among the failure. Would be great if they can now join the 21st century. You would think by now with dozens of staff and wanting to force these staff onto companies boards that they would somehow have come up with at least a clue how to take a submission and direct projects with some form of leadership. Apparently not. The thought of having someone like this on our board is a gross-out. What good could they even offer an ultra high technology company in fast finance and super energy when their company is from the stone fking ages?

So, we re-wrote it all into our proper Fortune 50 Finance structure template of high velocity finance.

We then contacted a more senior staff member on linked-in after not even being able to get a 2 digit answer from one of their associates but instead, more paragraphs of rambling explanations and still yet not the answer to the simple question, and not one single document.

“We will build a custom clean energy sustainable development private sector project perfect to your exact sweet spot desires that overperforms for your investors in radical fashion with none of the risk of others and thus exceeds your ideals.
I would like to get some questions answered as your website of course doesn’t have all the information needed to do that.”

But then along comes the broken mind record screeching to a halt sound of cult-like cronyism in the staff, derailing and thus ruining the model. SCREEEEEEEECH!!!

He responded “I don’t think you understand what we at ___ are doing. Honestly we don’t need to have a custom built asset backed project for us. We do not want anyone to set up a project for us. This does not seem to make sense to me. We are not interested. If you have a huge project and then need financing, we might be a match.”

The staff member did not want to actually have a real conversation on the telephone. He insisted we send in information of some kind, but it was information we asked for. He had no interest whatsover in giving anything of any kind. Not a phone call, not a courtesy, nothing. He just blocked the client on anti-social media network. Terrible. He wanted to rather flush the business down the toilet and make it go away. Likely they are indundated with BS files due their BS system currently that doesn’t work anyway at the end of the day for investors. 4.9%. Total failure. It’s a charity not a fund. A charity not a development bank. No wonder their staff have such lack of interest in great business matches perfectly suited for their guidelines. (not that I don’t love charity, but if you are one call yourself one and if you do business like one, call yourself one, don’t call yourself an investment fund or a development bank.)

I have a physical allergy to this kind insanity and BS, cronyism and hierachical BS. Totally incompetant broken minds like this make my mouth a boil with cussing. This might be a common reaction for Gamechangers, I think it’s likely. Its Fking crazy. I can’t believe this shit even exists. Still today in 2017, we have people behaving like this. It’s fking unreal. PEOPLE ARE DYING BY THE MILLIONS JUST FROM BREATHING, WTF, these kind of minds have no place in a development anything anywhere anytime. Fired I would fking fire this guy if he was in my company right now, gone!! Like Steve Jobs said “Get this negative guy the hell out of here!!”

And this mind is exactly why we have no electricity, no investment, no education, no financial services, and no future for the people of the undeveloped world. This mind and the systems they make and prevent from being improved is the entire holdback on the human development future freedom unprecedented. And we need to break this chain and make a NEW CHAIN FREEDOM INCLUDED AS DEFAULT.

So from us at the Future of Global Energy to all of you Crypto Revolutionaries, we say FIGHT!!

Make models that help the startups, especially those startups that are unfunded in the undeveloped world, and be LEADERS FIRST ROUND not pile on mindless zombie pack followers, because the world needs them the most. The world needs those that haven’t even begun yet.

It is us startups that are the only hope for humanity to break this fking insanity.

FIGHT BROTHERS!!!, Break a Whole New Era for humanity that ERASES this mind from existance.

We have your backs, We support you, We are Fighting for YOUR Future, And unlike them WE will do whatever it takes to solve the damn problem.