iskandarfauzi (41)in #informationwar • 5 years ago 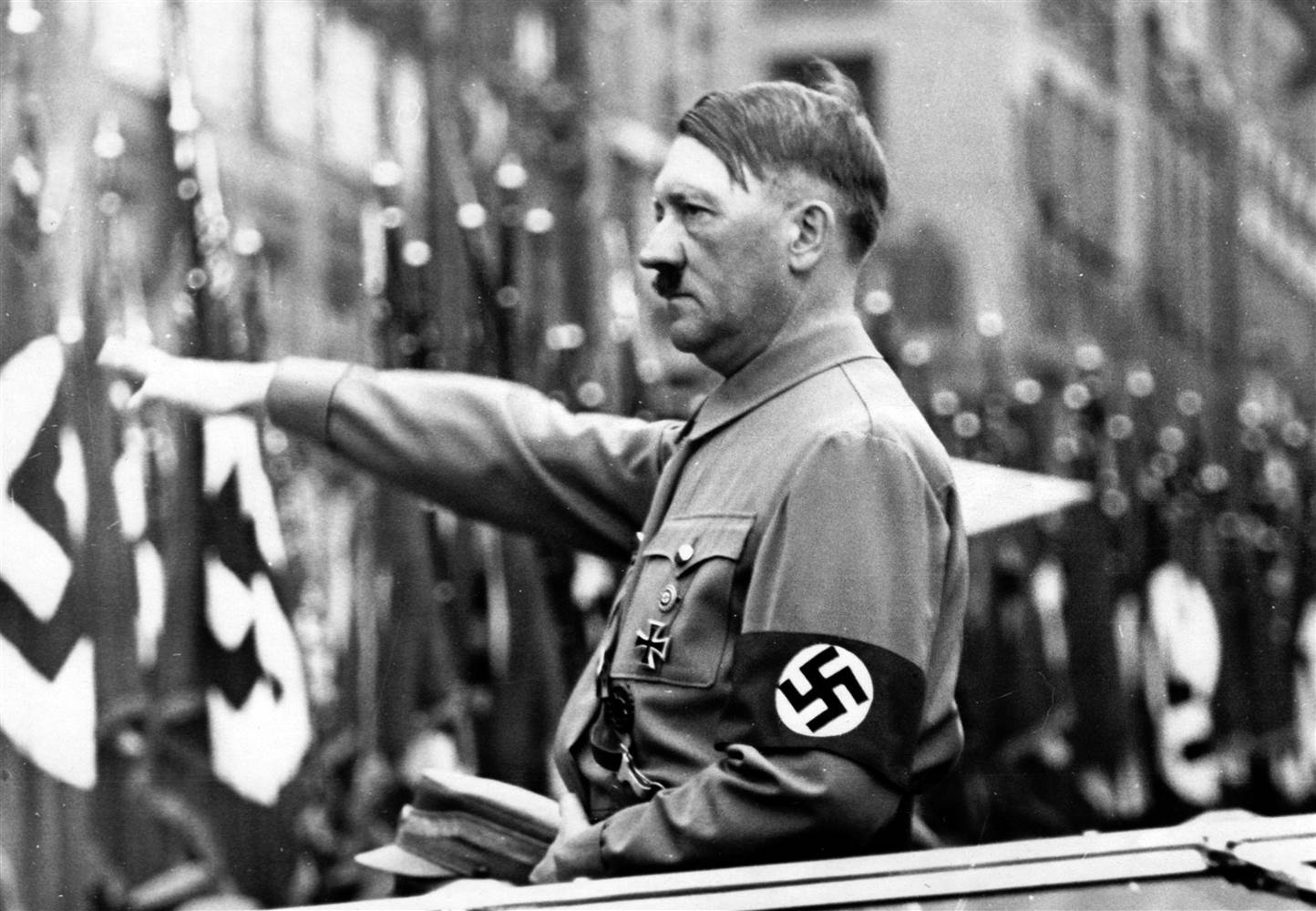 A Messerschmitt Bf110 fighter plane took off from the Nazi air base near Munich, Germany. Rudolph Hess sat in the pilot's seat. No one else was with him. He flew alone through the fog of the night.

With only charts and maps, he flew an airplane over the Rhine, then across the North Sea, to England. Hess often maneuvers to avoid air strikes of British troops.

On Saturday morning May 10, 1941, Hesse, who was then in the skies of Scotland, encountered problems. Fuel is exhausted at a point of 12 miles from destination. He had to jump parachute.

Meanwhile, a farmer named David McLean was shocked to see a burning plane in his field. Then someone came down with a canopy. The man presented himself as the commander of the unique Horn.

"I have an important message for the Duke of Hamilton," Hess told the Scottish farmer.

He then told David McLean about the incident to the mother. The woman prepared hot tea immediately for her poor guest.

They were not aware that the man he hosted was not a regular Air Force pilot (Luftwaffe). Rudolf Hess is the representative of the Nazi leader, Adolf Hitler.

Hess joined the Nazi Party in 1920. The man was next to Hitler at Bir Hol Buch, until his imprisonment at Landsberg, where he helped edit the Min Kampf manuscript.

As a deputy, he was in third place, behind Hitler and Hermann Göring in the succession of the Nazi leadership.

Later, Rudolf Hess admitted, was in Scotland under the "peaceful mission", just weeks before Hitler began the invasion of the Soviet Union.

As quoted from Smithsonian website, Wednesday (9/5/2018) Hess intends to go to the house of Donghaville, the residence of Douglas Douglas Hamilton, the Duke of Hamilton. Both met at the Berlin Olympics in 1936.

He hopes to establish contact with the prominent English man - who, unlike Winston Churchill, wants to make peace with the Nazis.

Hess thought that Hamilton could meet with King George V to make the British monarch rid Winston Churchill so that Great Britain could reconcile with Germany and unite forces to confront the Soviet Union.

However, Hess was wrong. Hamilton, who was not at home at the time because he was in service at the British Air Force base, was committed to his country and his country's struggle against Germany. His mission failed miserably.

When he met with Hamilton the next day, Hess's call was completely ignored.

Moreover, he denied from the outset that Hitler was aware of his mission. The United Kingdom was not prepared to offer any diplomatic facilities. Rudolph Hess was jailed in a devastating mental state.

On June 16, 1941, Hess attempted suicide by throwing herself from the ladder.

During the war, Hess was in British custody. He has been held in a number of places, including the Tower of London and the Military Hospital. If he was not a psychiatrist who wanted to go deeper into Nazi thinking, Intel only wanted to get information he visited in jail.

Rudolf Hess just returned to Germany, exactly to Nuremberg, to undergo post-war trials in October 1945, where he escaped from the executioner and was sentenced to life imprisonment.

He spent the rest of his life, over 40 years, as Prisoner No. 7 in Spandau. It was still there, although many Nazis were released.

He just finished his term when he was 93 years old. Not because of the heat. In August 1987, Hess was found in a suspended state, implicated in an electric lamp in a park building in August 1987.

The official version says he committed suicide. However, many people complain about it. Hess's son, Wolf was convinced that his father was the victim of a murder of a British intelligence agent. He allegedly silenced.

But Hess's death did not stop the question, did you go to England on her own initiative? Or is he just a messenger to the Nazi president?

The news of Rudolph Hess's fate in England is like a lightning bolt for the Berliners. The Nazis took immediate action to break the link of his former commander with the regime, not to mention Hitler. They intend to wash their hands.

It was announced to the German people that Hess suffered from psychological disorders and hallucinations.

Joseph Goebbels, a Nazi preacher who knows a lot about such methods, fears that Britain will use Hess as part of a campaign to destroy or target German morale in the midst of the battle.

Notes In his diary, dated May 14, 1941, Goebbels expressed his fears if the Hess incident had made the German people wonder: "How can a stupid person be the number two Sang Führer".

However, over time, they were thrilled. Rudolf Hess has a fine position, but his influence on the Nazi hierarchy has declined dramatically since 1941 - so people expect work to be a way to restore Hitler's heart.

Different theories arise. There is no doubt about it. The mission failed to know Hitler. Hess knew well, if he failed, the Nazi leader would deny involvement.

In 2011, Matias found the first of the German Historical Institute, Moscow some evidence that was supposed to support the prosecution.

The next morning, after Hess sank to England, her assistant, Carlins Pinche sent an explanatory letter to Adolf Hitler.

Uhl found a report with a description of the meeting of the National Archives of the Russian Federation.

Pintsch claimed, Hitler accepted the report quietly. "It was agreed with the British before the flight," he wrote.

"He has been appointed" to use whatever means he has to achieve the goal, "he added. The establishment of a German military alliance with Britain against Russia. Or, at least, make sure that the UK is on the neutral side.

However, other witnesses reported contradictory conditions. Albert Speer, the inner circle of the Nazis, said Hitler was angry. Führer worried that this incident would be used by the British.

Albert Spier said in his book Inside the Third Reich: "Who believes me if I say that Hess did not fly over me on my behalf."

He even pointed out that Hitler had hoped that Hess was miserable and killed in the East Sea, rather than being captured by the British.

Speer claimed that he spoke with Hess 25 years after the single incident when they were imprisoned in Spandau.

"Lee Hess confirmed that the idea came from a dream of supernatural powers," he said.

Although Rudolf Hess has died on Earth, he now has a distinct place among Neo-Nazi followers.

In fact, in 2011, the tomb of the deputy of Hitler was dismantled. Then baits were raised, burned, ash scattered in the sea. Even with his former prison in Spandau prison all destroyed so as not to "memorial" to neo-Nazi extremists.

In addition to the reckless work of Rudolf Hess, a number of historical momentum occurred on 10 May.

In 1994, Nelson Mandela led the section as South Africa's president. Meanwhile, on May 10, 1872, Victoria Woodhall became the first woman to be nominated for the post of US President. He was more than a century old Hillary Clinton.