Did You Notice This: Fake News Mainstream Media And Mass Shootings?

fighterone (48)in #informationwar • 4 years ago (edited)

Isn't odd how the mainstream media's reportage of mass shootings is so unbalanced and skewered? It's as if they want the masses to get outraged by certain mass shooting's, and then totally igore other mass shootings?

Paul Joseph Watson on Twitter: "Las Vegas massacre had more casualties than Orlando, Virginia Tech, Sandy Hook, and Parkland combined. Media moved on within days despite most questions remaining unanswered. Compare that to their coverage of Parkland, where we know what happened. Why? https://t.co/124ydKZwcg"
https://mobile.twitter.com/PrisonPlanet/status/968942838066139137 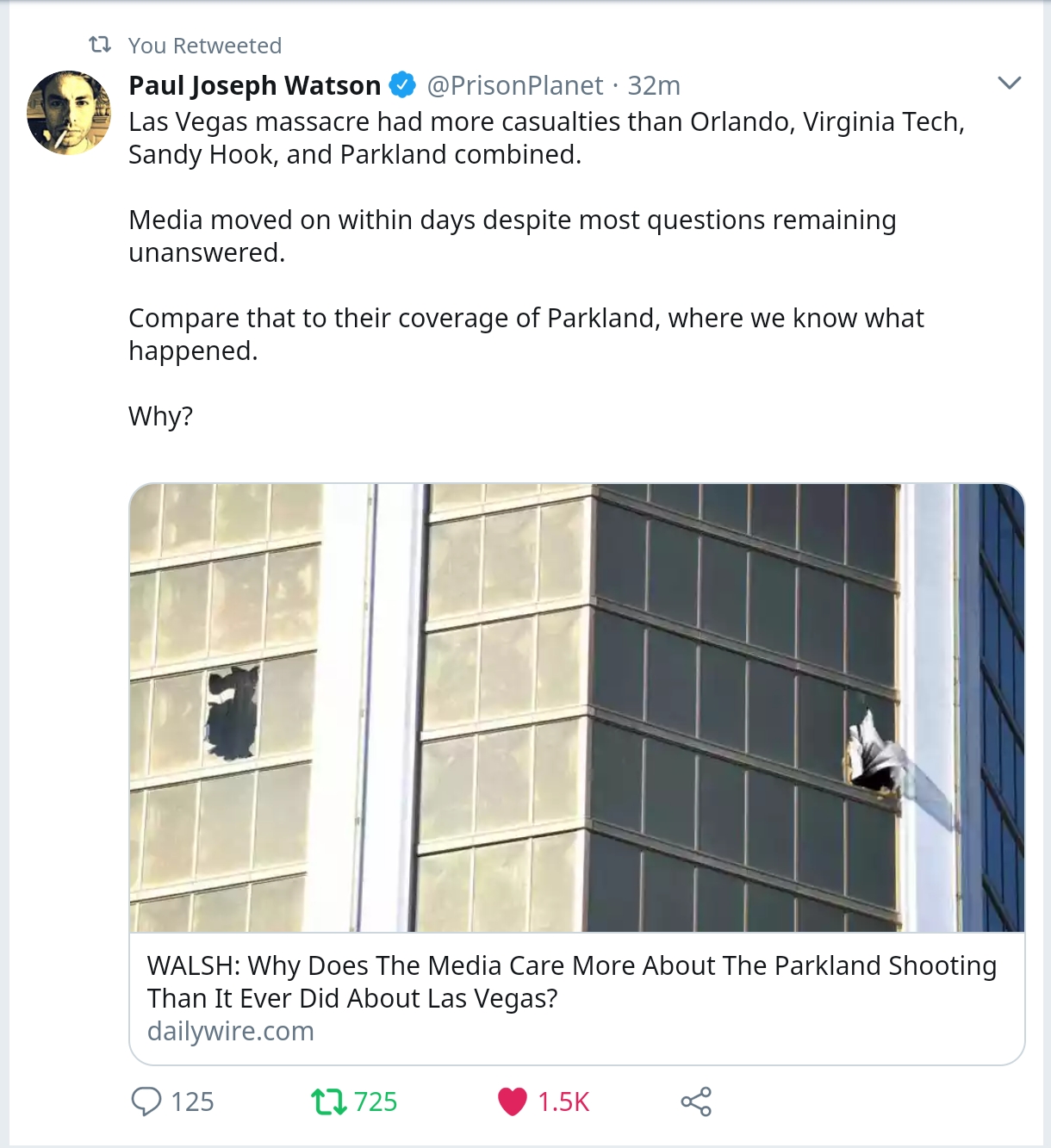 This is the deepstate using the mockingbird media to control the so called, narrative!