Khajuraho: The place of Kamasutra eats the beauty of this place! 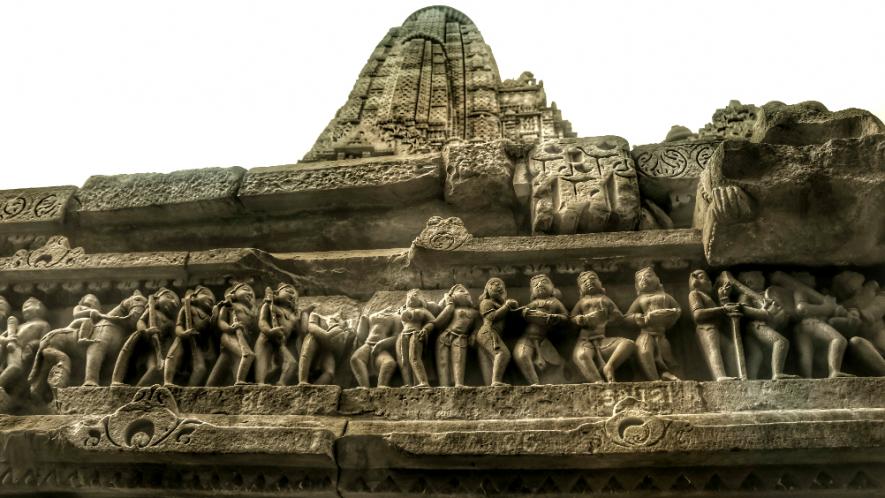 When Khajuraho is named, his supplementary word Kamasutra comes to mind. In all the country's discussions, examples of idols of Khajuraho are given while illustrating the generosity and exaltation of ancient Indian culture. All gurus and yoga teachers around the world share knowledge of karma and karma. Due to these statues, many native and foreign tourists visit Khajuraho, from which Khajuraho is one of the 10 highest profitable sites of the Archaeological Survey of India (ASI). But reaching Khajuraho, it seems that the position of Kama Sutra and the musical idols is trimming all the dimensions of this place. Khajuraho is like a diamond that has been carved by only one side, the rest of the surface remains uneven.

An 'non-religious' city residing among the temples

In some places, there were 85 temples in Khajuraho. Now it has reduced to about 20. These 20 temples are divided into 3 parts, the eastern, southern and western group's temples. Khajuraho is among them. Which may be equal to one big village without a tourist expression. But Khajuraho surrounded by temples did not develop in any way as a religious place. The branding of Kama Sutra hides the remaining aspects of its temples. However, due to Jain pilgrimage, in Khajuraho you will find Jain devotees who come across from Gujarat and Rajasthan, but this place is largely made the first choice in religious tourism, nor is there an option for family holidays. (ALL THE IMAGES WILL FROM GOOGLE IMAGES)

How many 'work' is Khajuraho

Before speaking on the rest of Khajuraho, it should be mentioned about its most famous party. What do the visitors come from other countries in the world of 'Land of Kama sutra'? This experience for Indians can be disappointed and uncomfortable in some cases. Outside the eastern temples, you see small children selling books, keystrokes, key rings. Most of which are slut type.

Some time ago, the Madhya Pradesh government had told to ban the sale of Kamasutra outside these temples. There was a lot of joke on social media. In addition to these, you will find sculptures of people involved in sexual activity in the temples of Dulha Dev, Western group. These idols are lover pairs. There are sculptures depicting public and collective relations. There are also soldiers eliminating their 'hunger' with animals. One thing is common in all of these. The women depicted in these idols are powerful and everything is about to decide. 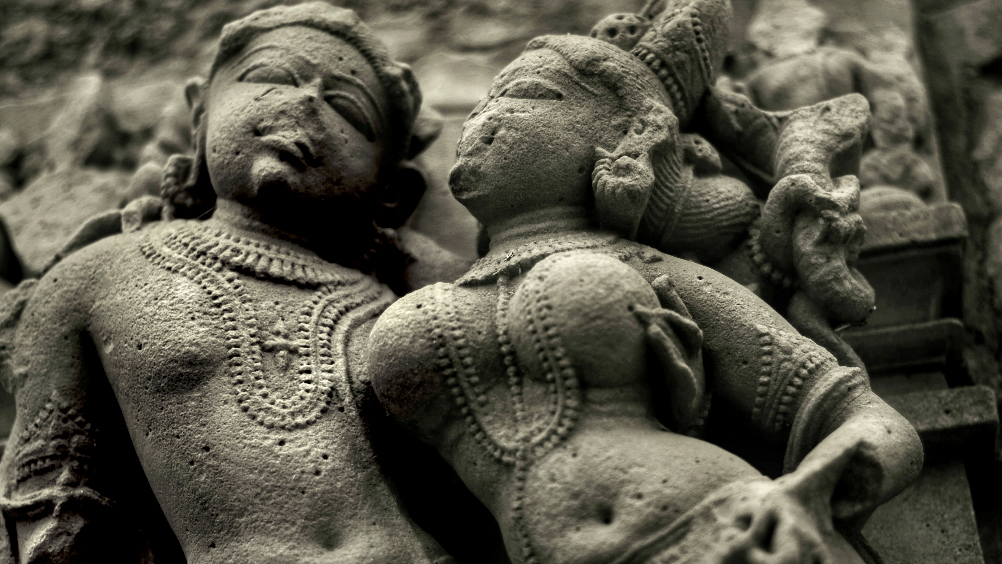 There are many opinions about why there are sculptures made outside of the temple in Khajuraho. One of these is the legend which states that the beginning of the Chandel dynasty was due to a relation between a woman of a moon without marriage. And Chandel Raja started to build these temples to honor his mother. Whatever the truth of this story, the idols of the temple are female heads, there is artistry in them, they are in the same crucial position everywhere.

Khajuraho is like a paradise for those who go on a solo trip. Due to not having a family holiday destination of common Indian middle class, here alone, it is a very comfortable place for people to find themselves. A waterfall named René Falls is 30 minutes away from Western temples. This waterfall, about 30 meters high, is the only waterfall of its kind in India. This waterfalls made of volcanic eruptions get 8 colored stones. In fact, the color of the water on the hot stones was changed in the same way. Believe that this journey of Rene Falls reminds you of the Mahabharata empire of Bahubali. Apart from this, Pandav Falls is also here.

Khajuraho has many backpackers, such as Zostalel, which have beautiful and comfortable hostels which provide a good arrangement for staying in the range of 300-400 rupees. From here you can go tracking in these falls at the cost of 250-350 rupees per person. Apart from this, there are villages of tribals nearby, people who have taken less time can make a round of these villages with a bike or auto rental, while those who have a little more time can stay in these villages for some time.

These tribal villages will be displayed in simple time, all the things stuck in time. Maybe in these villages you can see the swirling or bathless women of the blouse. If so, respect their lifestyle and privacy and maintain their dignity. And of course, there are sap of bamboo fibers, jewelry available at very cheap prices. There is a glimpse of tribal art.

Two things worry when living in Khajuraho. Here's a guideline price. The government may think that Indians will not be interested in understanding art, architecture and idols. That's why the guide is here charged by the foreigners. You can take advantage of guides in the temples of Western group only after spending between 1700-2000 rupees. Yes, there will definitely be books selling between 20 and 100 rupees, which will tell you a rough history of these temples.

However here we have passed the AK Dave who has passed the age of six years, who offered to help understand these temples on their behalf. Khare ji claims that he has helped Raghu Roy in photography of Khajuraho. He also claims that at the age of 8, that doctor also met Rajendra Prasad. These temples were entrusted to the government by the Maharaja of Chhattarpur so that the government could take care of these heritage and all the people could see them. Looking at the information of true ji, these claims are right.

The second problem in Khajuraho is to eat food. Tourists come to Khajuraho for 8 months of the year, so you will have to pay at least twice the price of food. On the other hand, you will meet the Jain pilgrims according to which the food can be found without the onion-garlic masala dosa, Sambar or anything like this. Or restaurants on the rooftops of all hotels that offer Italian, Spanish, Israeli, Hungarian and all types of quizzine. These spices are also found in foreign countries.

The King Café is right in front of Western temples. It was started by two Swiss sisters at the end of the 70s. This café made around the old Neem tree is popular all over the world. Eating along with the birds at the height of the tree is very beautiful experience, as well as you are looking forward to the grand temple of Kandaria Mahadev. Yes, the number of spices in the food can bother you. It may seem that the salt is not nearly in the vegetable. But still the place gives you a life-long experience.

In Khajuraho, a lot is sold in the name of Kamasutra. The one thing that is not sold is local food. In Punjab you will get Lassi, Dal and Paratha. From Rajasthan to red meat to carragari and dal bati a lot. Bihar's Latti-Chokha and Sattu's Parathas will also be found in many places. You will not find any food in Bundelkho at Khajuraho. This problem is found in the entire area of ​​Bundelkhand.

Mahoba's paan is very famous. A direct connection is made to the 'work' of Pan. Banaras jarada and cakes of Kalkatya, or the Palangotad Kimam have heard all the sayings like. But there is no part of the Mahoba paan that is located within a distance of one hour. There is no strong answer why this aspect of tourism has not been encouraged. Overall, Khajuraho needs to go further than Kamasutra's stance. The artistry of temples and architecture is its place. Here you will find peace and privacy as well as the ghats of Banaras. There will also be an opportunity for tribal culture to be two to four. There will be exciting opportunities to go on track alone. Good weekend trips are also available in low budget. Do not just want a traditional family (children, parents, grandparents) leave.

Artistries work is a hand work of a professional

Wow this is cool. Nice research and review.
Quite enlighten..