ICO Review Series #2: Tezos: Why I am on the sidelines on this ICO?

It is exciting times for cryptoworld, especially ICO part of this cryptoworld. While I was researching and writing my first ICO review on Hive, Populous was next on my personal ICO tracking list (Civic, Hive, Populous, Tezos). This was the order of my queue.

However, Populous sold out during pre-sale. I should pat myself for picking a great project or kick myself for not being part of the pre-sale. In any case, we have to wait for Populous to become tradeable and get on action.

That brings me to the next ICO in the queue, Tezos.

Before we get on with the review, here is some basic information you need to know about this review (if you have read my previous ICO review, the rules are same and you can skip to the review).

The decision I come to will be based on a 100 point scoring system. Anything above 70 may be a good bet for my risk tolerance. Anything below 70, I would personally not invest in. Again, this is based on my research, opinion and the risk tolerance. These factors may not suit your investment criteria.

Verdict will be declared as i)I am in, which means I would invest in the ICO, where possible or ii) I am iffy, which means I would go in if I have spare $$s or iii) I am outta here, which means, I have decided that this ICO is not for me, this does NOT mean the ICO project itself is not good, its just not something I feel comfortable investing in. 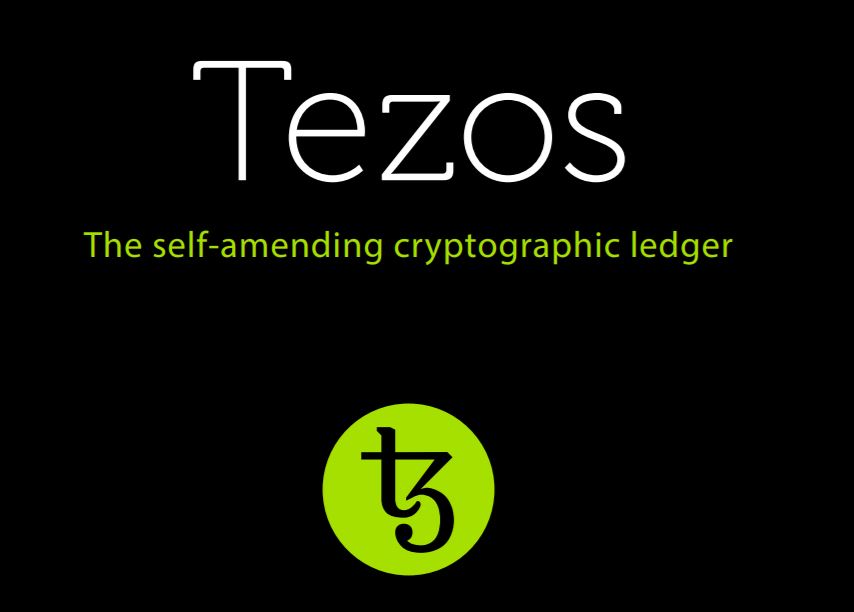 1) Innovation: According to their whitepaper “Tezos was built to facilitate formal verification, a technique which boosts the security of the most sensitive or financially weighted smart contracts by mathematically proving the correctness of the code governing transactions.”

As someone with no technical background, it may be unwise for me to scorn at this but shouldn’t the whitepaper be written in both technical and non-technical terms for everyone to understand?

From the whitepaper again, they say “while avoiding some of the political and technological problems which earlier efforts such as Bitcoin and Ethereum have faced.”

‘Some’, which some? Can the objective of bringing Tezos into existence be more specific as to which issue with Bitcoin and Ethereum will the project address?

We all know there are scalability and blockage issues with BTC and ETH, and there are many alternative projects that offer to solve these very issues already, although they don’t have the publicity leverage that Tezos is enjoying because of Tim Draper and Zooko and not to mention the connections of founders in the wall-street.

I am not saying it is a bad thing.

One point where Tezos separates itself is the governance protocol, where the network (and investors) hold the power to call the shots about the direction of Tezos. This is certainly commendable and one that brings about an innovation in the Crypto space in the way a project’s future is decided.

From what market has come to expect from Tezos and what they have continuously pitched on, assuming they are going to live up to their own standards, I am giving 25 points.

Why are we talking about ZCash in a Tezos review?

Because of Zooko Wilcox who was the leader of ZCash Project (according to the Tezos whitepaper) and is one of the key advisors for this project.

So we must beware of strategic HYPE and thus chance of 'overpriced' tezzies during the ICO.

The founding members, Arthur and Kathleen Breitman, have deep expertise of Wall Street and Corporate America, in spite of that, they have been quoted as legitimate crypto-anarchists.

Tim Draper’s vocal and financial support of Tezos has caught on lot of attention in the media.

These factors are definitely going to bring lot of investment in the ICO phase and put the Tezos market in a sweet market cap.

Because of these positive signs, I am assigning 20 points.

3) Active presence in the Market: Tezos needs no introduction both in crypto world and in the regular fiat world. Tim Draper gave all the drumroll that Tezos can take.

It is suffice to say, Tezos is on a high with social media buzz. Deserves 15 out of 15 points in this aspect.

4) Acceptable cryptocurrencies to participate in the ICO: Bitcoin and Ether. And if you look closely, there is no pre-set price of single Tezo, that means, your Ethers will be converted to BTC and whatever the exchange rate at the moment would be, you will be given equivalent Tezos at 1 BTC = 5000 Tezos.

There is no limit on contribution which is a red flag for me personally.

In line with my personal vendetta against forcing BTC or ETH as medium of exchange, I assign 0 points.

5) Author’s Bias: All the signs are there. This is going to bring innovation on how the stakes in the project will be controlled and it will disrupt the market by entering it with a great market cap.

ICOs are to Crypto world what blockbusters are to regular world.

Everywhere you will be bombarded with information related to the ICOs just like pre movie release hype.

More hype does not mean a great product, most of the time, it’s quite the opposite. Producers want to cash in on first 2 days of the weekend because by Sunday it’s already too late. Similar to the first 2 days 20% bonus with Tezos?!

I support few projects for what they are aiming at, Golem for instance. Others I look for the first mover or innovation aspect. And some I just get in because of scarcity in privacy space, like Cloak.

Tezos did not appeal to me as a small investor. For those who have BTC or ETH stash lying around may definitely benefit from this ICO for the early bonus and Proof of Staking.

Other turn offs for me are lack of cap on supply and the fact that the Tezos will not be available for exchange until 4 months or more. According to their official FAQ page “The development team estimates that the time to completion is around 4 months, however, bear in mind this could take longer due to unforeseen events common in software development.”

For the aspects that are important to me and at the liberty of my discretion, I assign 10 points.

Verdict: I am outta here in spite of all the great potential this project holds. I will be watching this one pass me by and wait until Tezos hits the exchange.

From where I was only a month ago (yes, that’s right, this ICO was postponed once already) keeping Tezos on my prime list of ICOs to get into (although I cannot get on it as a US resident) to a point I am going to be watching this one from the sidelines.

It is entirely possible that I am missing out on a major multi-bagger. However, that is how this Crypto universe works, right? We have to decide whether we are in or out based on the limited information and lot of speculation.

If and when Tezos hits exchanges and if I stand corrected, I will pay premium prize for my miscalculation.

If you would like for me to review an ICO that you are looking into, drop a note in the comments. I cannot promise that I will be able to review all requests but it will try to if my schedule permits. Your comments will also help keep me in the know about the ICOs that I may have missed.

*Disclaimer: Opinion. Not an advice. The verdict in the article is according to me and for me. It may not suit you. Please read the article as an opinion and conduct your own research before deciding to invest.

All pictures and clips used belong to respective owners, unless noted otherwise.

I have not looked into Aventus. I will look into it and if I find it good, I will review it. Thank you for pointing out!