We are living in crazy times. The past few months started a new era in human history. The era of crypto currencies.

Today, any idea can become a multi million dollar ICO. Just look at Bancor that had the most successful ICO raising over $150,000,000 in an hour (!) And they did it without having any traction or proof that their idea actually works..

The thing is, Cryptocurrencies are still an enigma to most people.

ANYONE can create their own token, make a cryptic looking website, release a "whitepaper" with some block-chain mumbo jumbo, and most importantly create a crisp video using stock video of the globe and some charts with an authoritative British accent voice-over, and boom you have an ICO!!

So Which ones should you invest in? I think you should invest in all of them!!

Make an ICO fund and split and invest the same amount in every single ICO out there (unless you know it's a scam..).

Look at the table below: 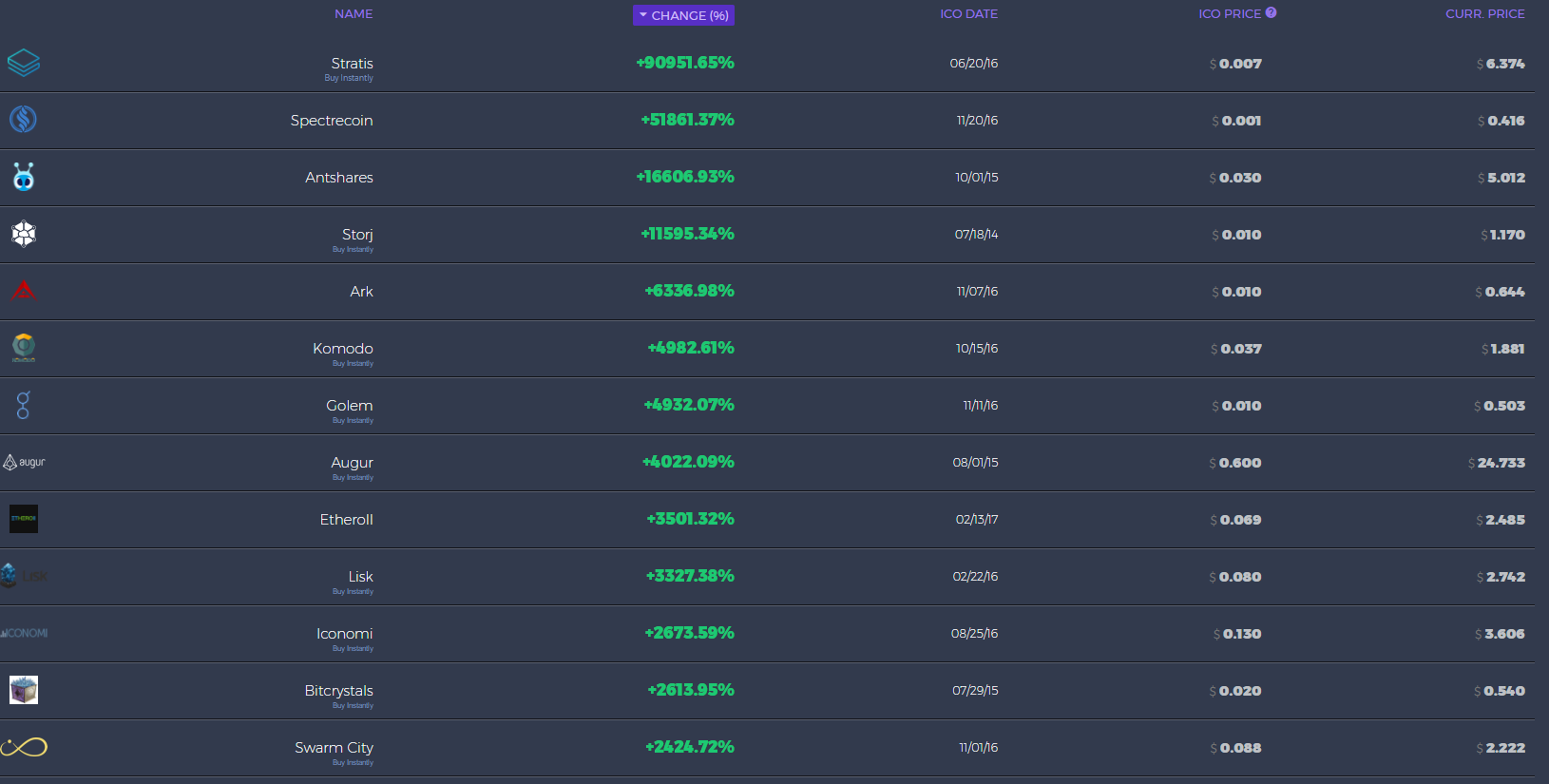 Do you see the insane ROI on these ICOs?

The point is.. If there are 1000 ICOs this year and you invest $1 in each one, the most you can lose from each one is $1. But as we can see the gains of the successful ones are thousands of percents, so in the long run you will make a fortune.

That's why I think, whoever has money to invest and is willing to wait a few months / years should just hop on any ICO.. With the current hype around the crypto world it is most likely that whoever does that will get an amazing ROI.

What do you think? Let me know in the comments.

Its a good idea to have a small pot invested in each of them as from experience if you had invested 100 dollars in bitcoin in 2010 you would now be worth 22million .😢😢😢

Yes, you are correct my friend!
I'm still beating myself for sticking to stocks / forex / options.. and not getting in to cryptos earlier in the game.. But it's never too late!

Do you have a good resources to follow the new ICO then try to analyze each one, like your AntShare technical Analysis Video ?

Keep up the Good Job