Growing up I seen in movies where bells was used for getting people's attention ....

When my grandparents retired we stayed the summers with them ...
And Grandpa put this Bell up . He had a love for bells , me and my mom share in his liking! 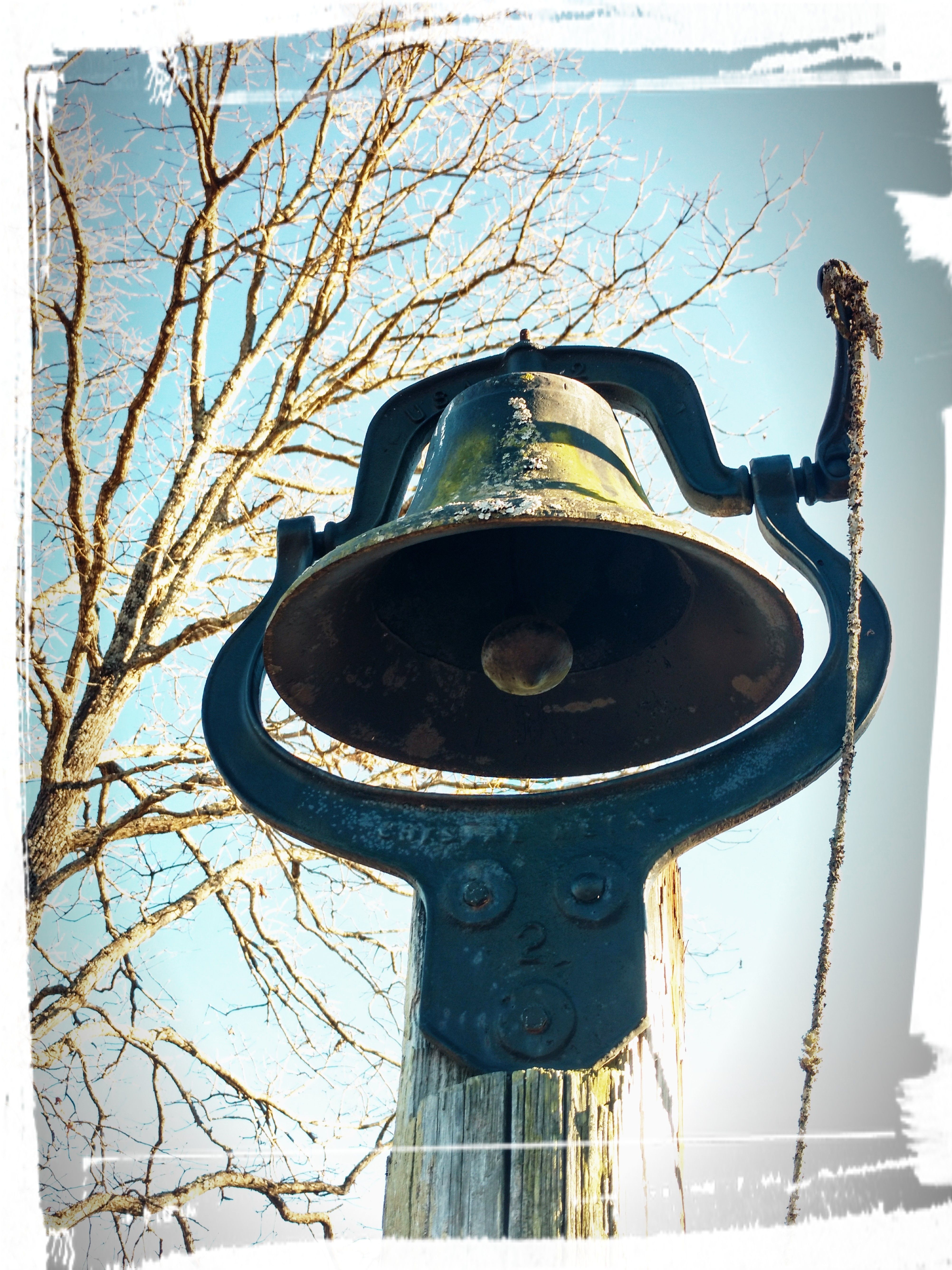 So this particular summer my little cousin was visiting for the weekend , and he went out and rang and rang the bell!! 🔔🔔🔔🔔

Grandpa grew up in the country where they moved back to and built a house ...
So the nieghbors was well known around and when they heard the ringing of the bell continuing to ring they came in a hurry to grandpas house thinking something had gone wrong .
Grandpa went a running outta the house hearing the ringing again and again of his bell ...
DONT RING THAT BELL !!!🔕🔕🔕
And... the nieghbors pulled in ....
And the little cousin caught red handed sounding alarm and didn't even know he was rounding up the nieghbors.
That was a lesson well learnt !! Grandpa made sure everyone knew after that don't ring a bell in the country again and again . It's a way of calling for help!
We never got to ring it just once , just to hear it ring after that .
🔔🔔🔔🔔🔔🔔🔔🔔🔔
Bells has been, and still are apart of life today, in the cities towns an country sides.
🔥. 🏫. ⛪. 🕰️
Fire alarms , school bells , church bells , chiming of the time. Always a sound calling people to attention.
A little humor ... And an introduction to a series called.. Grandpa, tell us about them good ole days!

At five years old Grandpa went to school and there was a school bell . Being small he couldn't reach the pull string and cause any mischief.
One day the older kids picked him up and let him ring the bell . They then sat him down and ran away leaving him alone.
When the teacher came to see who it had been , ...... there sat a little five year old who wasn't tall enough to reach the string !!
You can imagine the teachers wonderment. 🔔