practicemagic (59)in #homesteading • 2 years ago

Onion is one of the horticultural commodities that have an important role in determining the condition of Indonesia's national economy. These commodities play a role in contributing to the inflation rate, especially when the production declines in certain seasons. One of the causes of the decline in onion production is an uncontrolled attack of pests or diseases.

The onion caterpillar (Spodoptera exigua) is the main pest that commonly damages the onion crop. This pest attack can lead to a reduction in onion production is not small if not done prevention and control efforts. In order to control the caterpillar pests can be done properly, it must be identified first morphology, attack symptoms, host plants, and how to control it. Part of the plant is attacked primarily leaves, either leaves on plants that are young or old. After hatching from the eggs, young caterpillars hollow the end of the leaf and then into the leek, so the tip of the leaf appears hollow / cut. The caterpillar will engulf the inner surface of the leaf, while the outer epidermis is abandoned. As a result of the onion leaves look light-translucent or visible white patches, eventually leaves become drooping. Initially the caterpillars gather. After the contents of the leaves run out, the caterpillars soon spread and if the population is large, the caterpillars also eat the bulbs. 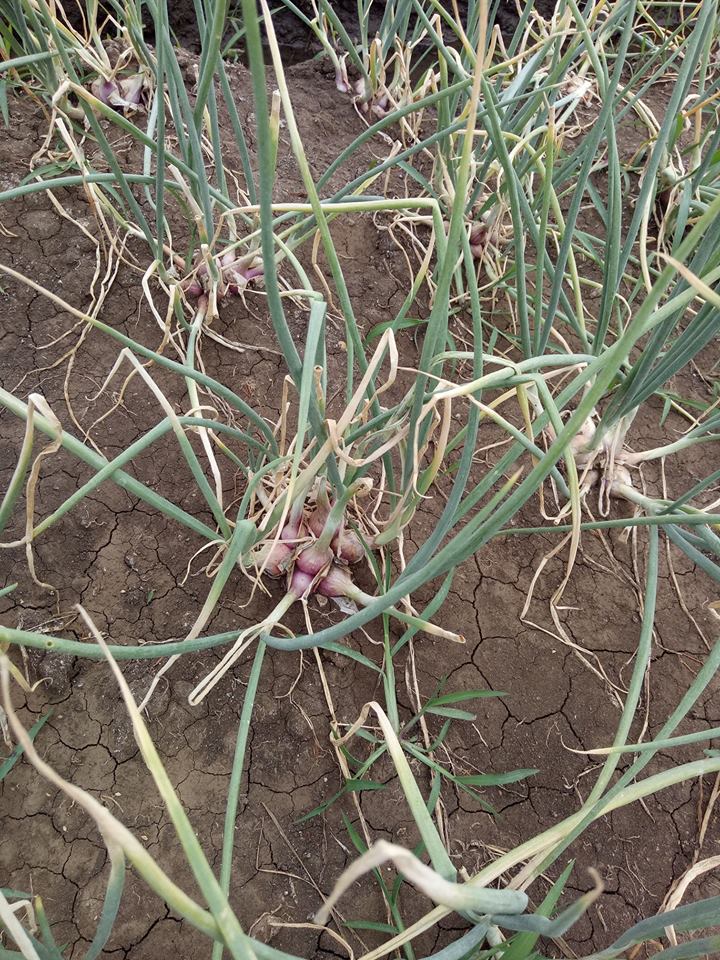 Plants catered to caterpillar pests include onion, chives, corn, chili, cotton and bean crops such as peanuts, peas, and soybeans. Therefore it is necessary to note this host plant population in the onion cultivation environment so as not to be a source of pest attacks.

Control of caterpillar pests on shallots can be done in various ways, either mechanically, using the device, and chemically if it is needed.

The first control can be done mechanically which aims to kill the pest directly, either by hand or the aid of other tools or materials. Handling by hand, that is, by collecting the eggs on the leeks that show the symptoms of this attack are picked and collected, then destroyed.

First, by using sex pheromone traps. Pheromones sex is a chemical compound made synthetically as a medium of communication between male and female insects used to control the caterpillar pests. In 1 ha it takes 12-24 pieces.

Second, the use of light trap / light trap. This trap is designed in such a way simply by working the moth to draw the light with an effective and efficient flame time of 18:00 to 24:00 hours. In one hectare it takes 25-30 units of light trap.

Third, the use of mosquito net / shading net. The use of gauze netting will prevent moths from entering the cultivated area. Mosquito nets are made from special materials that are weather resistant and can be worn up to 6-8 times the growing season.

Fourth, do the trap yellow trap to catch the butterflies flying around the farm so as not to breed. Hello steemian! I see you are using the #upfundme tag.

This tag is used for crowdfunding under the #upfundme initiative, please do not use this tag for unrelated posts.