Can store bought kale be regrown?

This was a thought I had after cooking with some organic kale that I bought recently, so I decided to conduct my own experiment to see if this was in fact possible.

I have been able to regrow spring onions, mint and oregano successfully in the past. I have also tried bok choy before as well, but without as much success.

This is the result so far, after just over 2 weeks of soaking the stem in a jar of water:

Here's what it looked like after I had cut off the leaves for the warm salad. The stem went straight into a jar of water, filled 3/4 of the way up the jar. 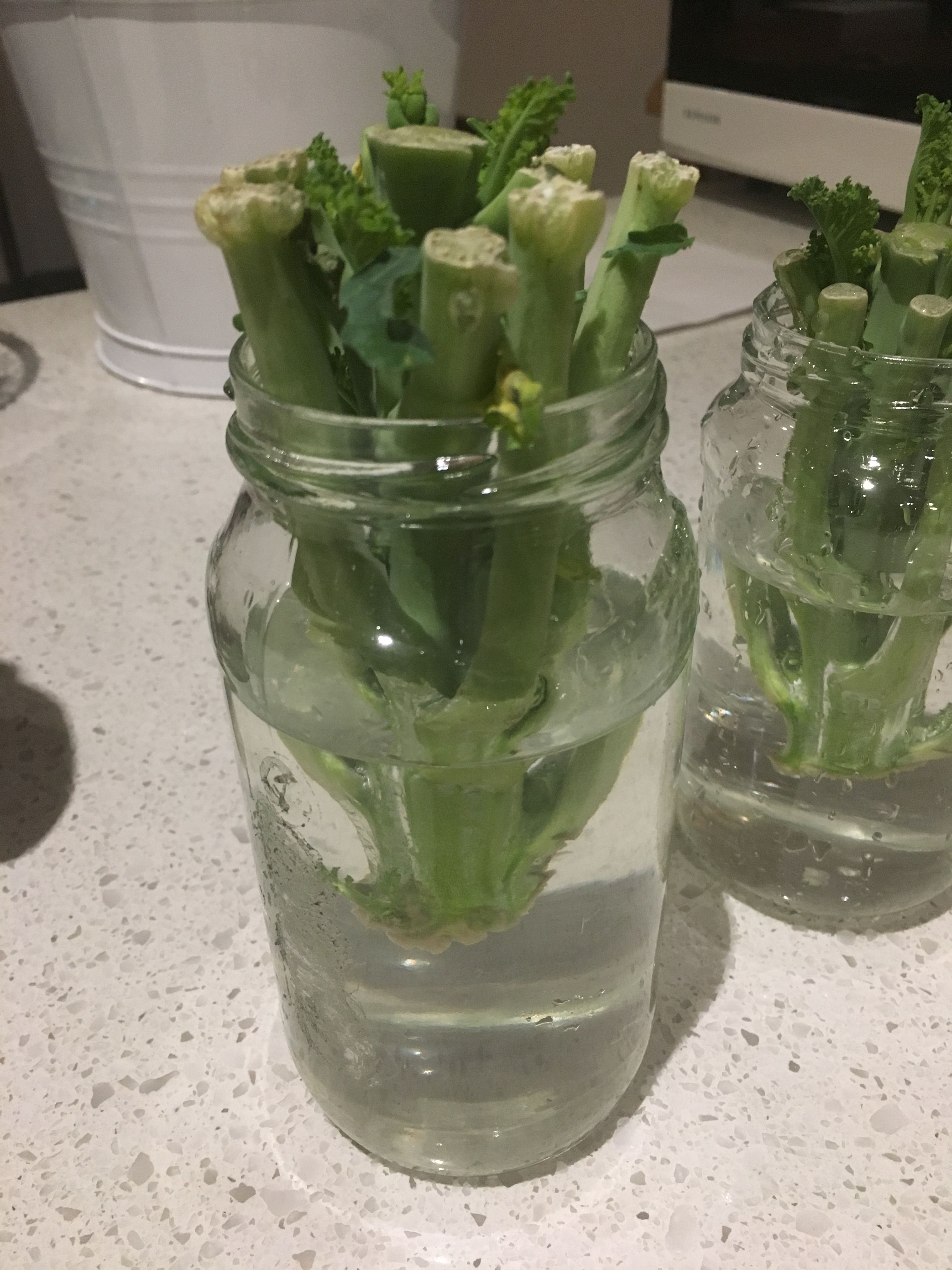 Soaking in water for a week.

We went on vacation for just over a week, and when we came back home, to my surprise, leaves had actually grown out of the water soaked stems! Notice the leaves growing out of the main stem. Some of the secondary stalks turned yellow and loosened enough to drop off the main stem. Notice also in the photos, in between the loosened stalk and the main trunk was where more new leaf growth came out of. 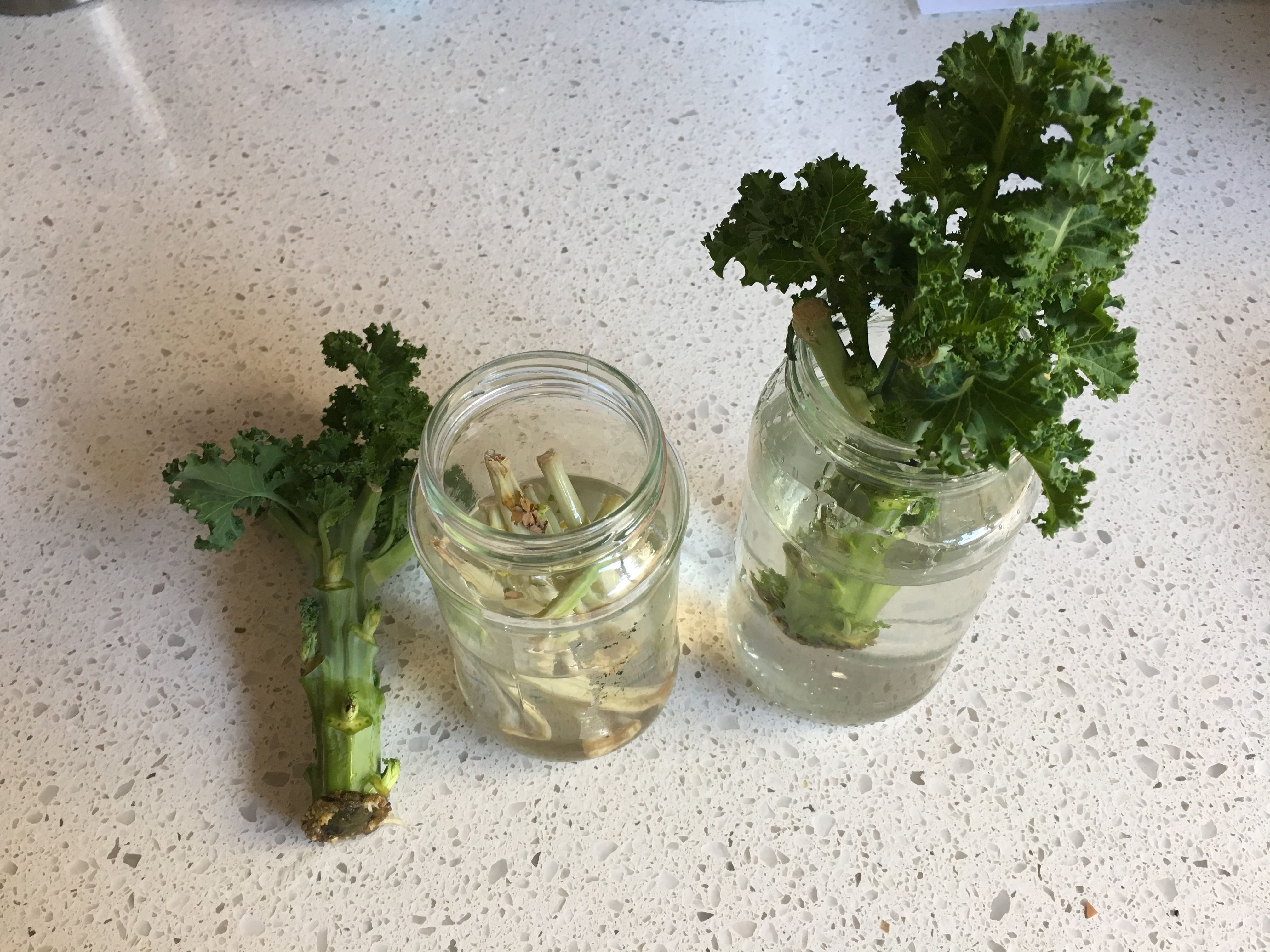 Now almost 2 weeks later, the regrown kale has started to sprout roots. The next part of the experiment is to try and maintain the growth that's been achieved so far. For one of them, I will try transporting to my raised garden bed outdoors. The other one I will keep in the jar and slowly add small amounts of soil into the water that it's soaking in.

Stay tuned to see the results between the two methods I'll be trying! Exciting experiment. I will see how this turns out. Following you 😉

Hi @neonuke. This is most interesting. I often grow on from scraps but have never tried it with kale.

Following along to see how this goes.

Congratulations @neonuke! You have completed some achievement on Steemit and have been rewarded with new badge(s) :