Where O where has the old timers ways of life gone?

Hello again my fellow steemians!
Back again with another episode of @mobile-joat. 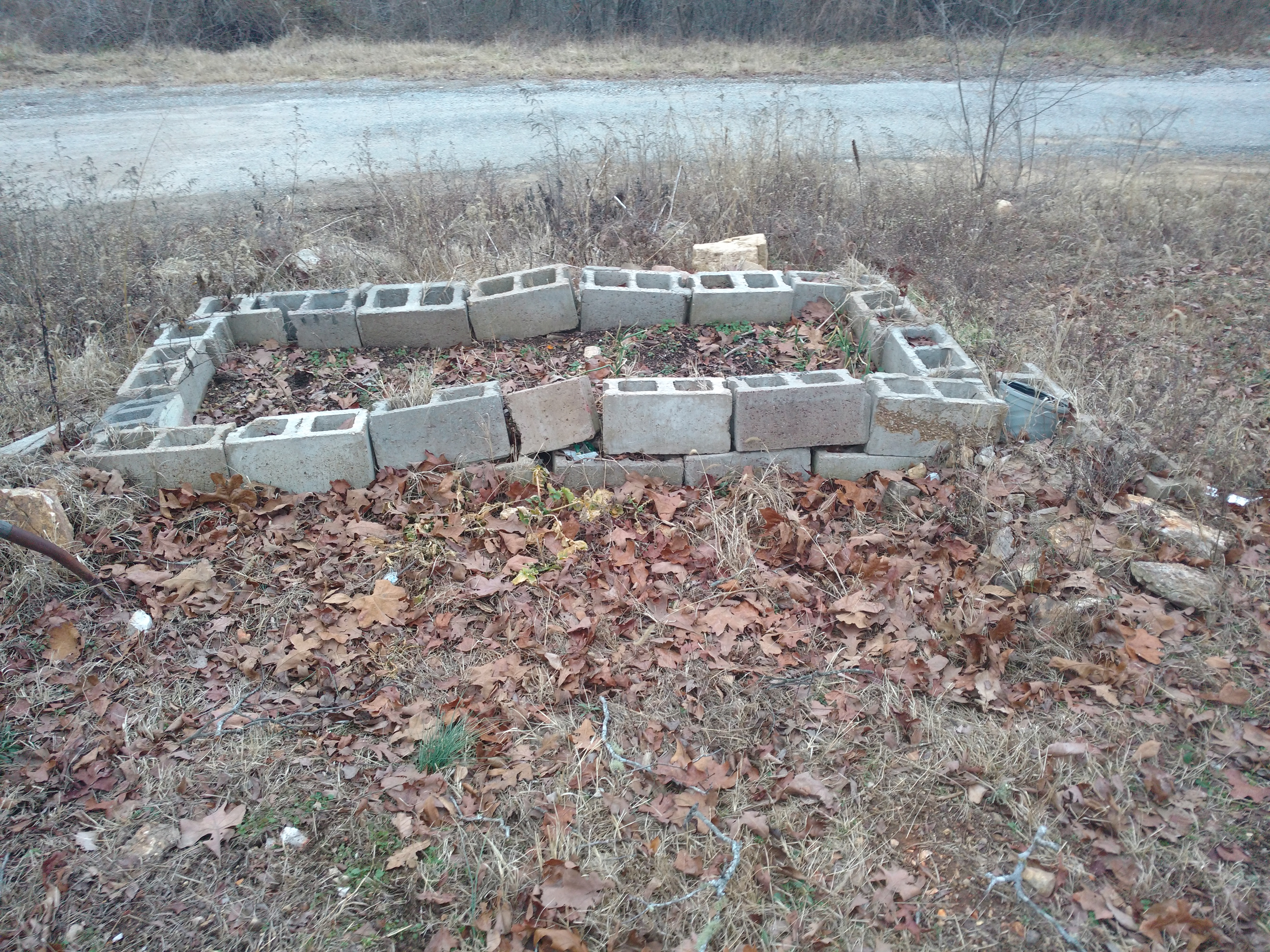 Pictured here is my raised bed garden. Maybe it's ugly but it works an for me that's the most important part.
Maybe it's a little different... But today I'd like to talk about a little gardening since it's about that time of year here in the south.
As you can see it's made out of cinder blocks which is really easy to do. An the main reason I used them is because they were FREE! Yep. A fellow I know was cleaning up a dilapidated building and was about to destroy the blocks and asked if I had any use for them... Well? ABSOLUTELY! I had been considering other methods of a raised bed, but most of them would have been a costly project. Now it was definitely IN MY BUDGET. I began with weeding out the root clods and prepping the soil for planting with other organic matter then bunched it in a heap an stacked the blocks around.
I've had this setup for years and it's been very bountiful, especially considering that I live in town and only have a very small amount of ground to work with. I grew up on a farm and always had a very LARGE garden so I've taken what I know and compacted it in a raised bed.

I'll try to keep from boring you too much and break up my whole gardening project...
So this is the first of many posts on #gardening #raisedbeds #projects
So KEEP WATCHING!!!
This is @mobile-joat signing out Thanks for reading, upvoting, and resteeming! Your comments and suggestions are appreciated.

Looks like a real good start. You can’t beat free cinder blocks for a raised garden. Looking forward to more posts about what you decide to grow. 🐓🐓

Thank you. I don't know if you can see it very well or not because I had alot of leaves put on the plants and the negative temperatures still froze the radishes. The winter onions held out though. So we'll have fresh onions early!

I can't wait to garden! We had to do raised beds due to clay and rock. We used tree limbs and other wood to create raised areas and they are now deep mulched.

That's also a good bed builder, but keep in mind termites thrive in wood an if they ever get started in it they'll eat the heavily rooted plants off. I've seen this many times and them little guys are hard to beat!
Thanks for stopping by.

Free is always good! And this is an excellent start on a raised bed. Looks like you could grow quite a bit in this patch! Looks sort of like what I have done because our dirt is really poor.

It's definitely been a good start.

I love raised beds where at one point in my life I didn't ... I sure do now !! I love @mobile-joat greens he makes... Never had any greens as good as what he cooks up !!! And he grows them in his raised bed!! Looking forward to the window- raised- bed green house!! 😁

The plants don't care how it looks they'll grow just as well! And the blocks were free @mobile-joat nice!