If you're a STEEM or TRON user, and not living under the rock, you must be well-aware of the acquisition of Steemit INC by Justin Sun (The founder of Tron). Yes, it all happened yesterday and left me in shock, which caused me to go sleepless for a whole night. When I first came to know that Ned Scott sold the Steemit INC to Justin Sun, I felt that an active CEO is better than an idle CEO, so why not! 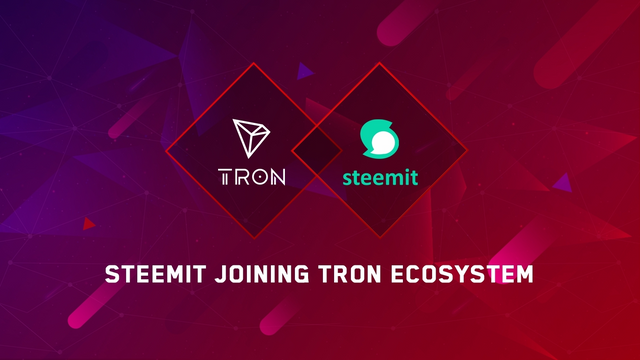 The price of STEEM pumped so nicely, and I was quite happy about that. As I started looking for more information, a few things made me completely shocked, such as the token swap thing that Justin Sun mentioned in his tweet, and Poloniex announcement of supporting the swap resulted in excessive worry.

One of the thoughts that kept bothering me was that Justin Sun acquired Steemit the same day as Voice platform (by EOS) launched its beta version. My mind started making a connection between these two, and I started feeling that it could be a conspiracy by Voice team to encourage Justin Sun to buy Steemit INC, to kill its competitor. But, since there are no proofs to support it, I would call it a silly and negative thought.

The information was incomplete and left us thinking that what are the plans of Justin Sun? Will he ruin all the efforts that the community has put from the last four years? I mean, he only owns Steemit INC along with its stake, though. But he could easily use this to select the Top 20 witnesses who would approve their fork, and that way, he could take away all the governance. But, one thing is clear that he only owns the Steemit INC company, not the STEEM blockchain. The blockchain cannot be sold.

Waiting for the AMA was my best bet to know more about the plans of Justin, and that's what we all did. Now that the AMA session is over, I am feeling quite relaxed. The future is still uncertain because we don't know what will the New STEEM look like in the upcoming months. So far, Steemit 2.0 sounds good to me.

Even though many questions were left unanswered, a few answered questions made me feel quite relaxed. And to be honest, I'm now hoping for a bright future. I'm going to summarize the AMA session in points. I may have missed something from the AMA, so try to watch the video yourself too:

My thoughts after AMA session:

So, I watched the recorded version of the live stream by @acidyo. If you also missed the AMA for some reason, go there and watch the full video for better information. Despite the length of the video/session, his 10% battery ruined everything. He ignored many questions, to be honest, but he felt that he answered most of the questions. Since he couldn't plug the charger in, he just finished the session. Good plan, Justin. ;)

To me, it looked like Justin Sun does not fully understand that the decentralized applications (Dapps) are not the products of Steemit INC, and instead, community members built them, so they retain the rights. He only bought the INC and not the blockchain. Ned looked quite happy to me that finally, he sold the INC to Justin.

After watching the AMA, I'm bullish for STEEM because he plans to add value to our token by investing his capital resources, and releasing the Steemit mobile app. Considering his relation with exchanges, we can hope for the new exchange listings, which will further increase the value of our token. Since he owns the STEEM tokens too, he won't let the value drop without doing anything.

The good thing is that everything will stay as it is, at least for now. Communities are coming next week, and STEEM is already doing well after the announcement (it's being dumped now probably due to the IOTA hack thing). But the future is still uncertain. Safe to say that I have a mixed feeling right now.

Welcome, Justin Sun, and all the TRON users. We are glad to have you here. I hope that you will enjoy using our decentralized social media platform.